Former National Security Adviser Michael Flynn, though guilty of lying to investigators, did offer what was termed “substantial assistance” to the Special Counsel’s Office and other U.S. Attorney’s offices, Special Counsel Robert Mueller revealed two weeks ago. What Mueller did not reveal, however, were any details of an ongoing criminal investigations Flynn assisted with. You may recall this frustrating page: 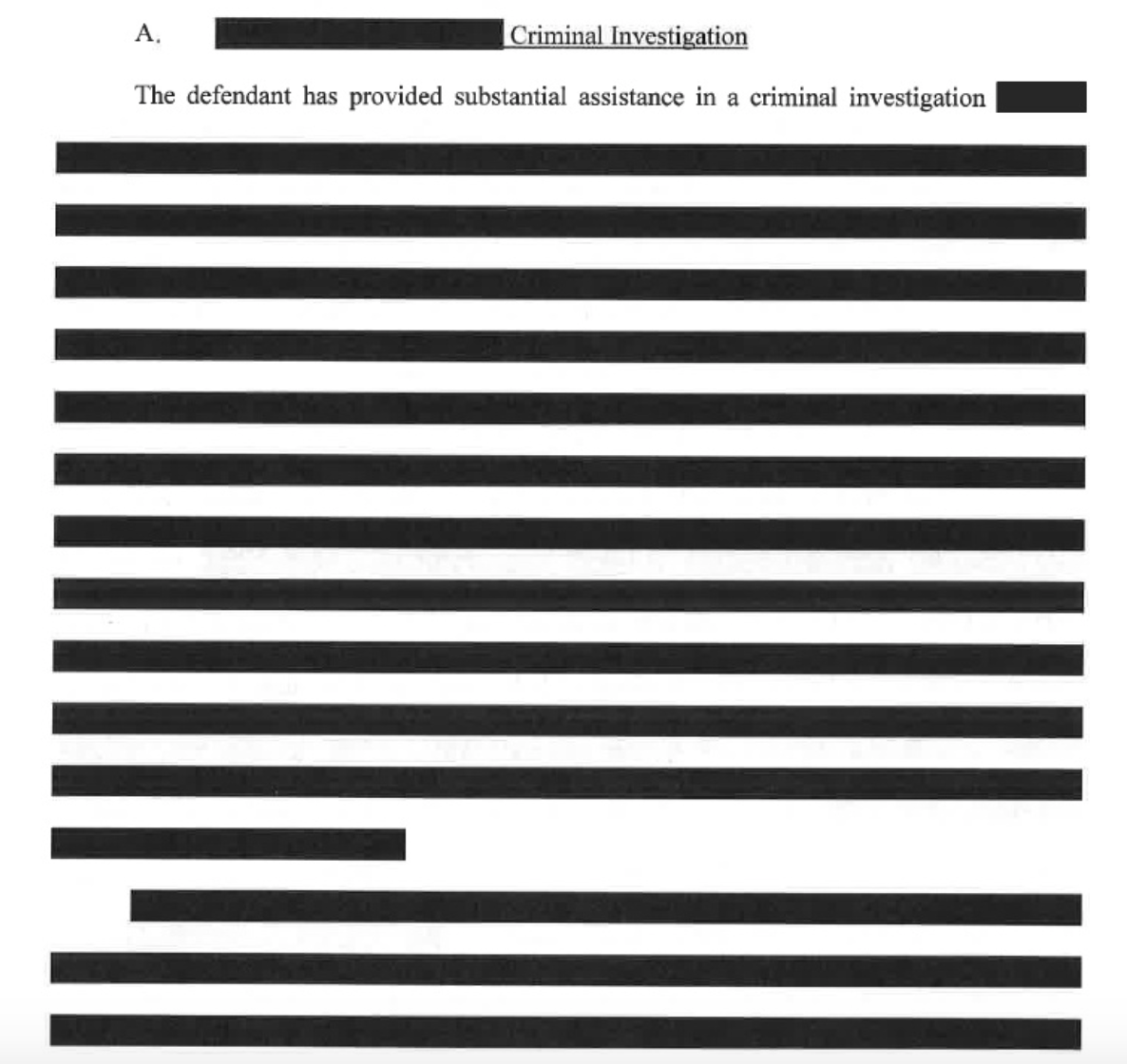 Be frustrated no more, weary court doc reader. The Department of Justice on Monday unsealed the indictments of 66-year-old Californian Bijan Rafiekian (also known as Bijan Kian) and 41-year-old Turkish-Dutch national Kamil Ekim Alptekin. They have been charged with conspiracy, lying to the FBI, and illegally acting in the U.S. as Turkish agents. Michael Flynn is referred to as “Person A” in the unsealed indictment and Kian was formerly a business partner of his.

Kian and Alptekin were allegedly involved “in a conspiracy to covertly influence U.S. politicians and public opinion against a Turkish citizen living in the United States whose extradition had been requested by the Government of Turkey.” That Turkish citizen has been identified as cleric Fethullah Gulen. Gulen was accused by Turkish President Recep Tayyip Erdogan of orchestrating a failed coup.

Here’s how the DOJ described the “plot”:

The indictment charges that the purpose of the conspiracy was to use Company A to delegitimize the Turkish citizen in the eyes of the American public and United States politicians, with the goal of obtaining [Gulen’s] extradition, which was meeting resistance at the U.S. Department of Justice. At the same time, the conspirators sought to conceal that the Government of Turkey was directing the work. However, not only did Turkish cabinet-level officials approve the budget for the project, but Alptekin provided the Turkish officials updates on the work, and relayed their directions on the work to Rafiekian, Person A, and others at Company A.

Kian and Alptekin are each charged with conspiracy and acting in the United States as an illegal agent of the government of Turkey. Both face a maximum of 15 years if convicted on those charges, but Alptekin was also charged for lying. Those four lying counts each carry a maximum of five years in prison.

Indictment of Flynn Associates Unsealed by Law&Crime on Scribd