Mueller Made 14 Referrals of Potential Criminal Activity to Outside Offices, But Most Remain Redacted

Over the course of Special Counsel Robert Mueller‘s investigation, the Special Counsel’s office identified evidence of possible criminal activity in 14 instances, but only two of the names these names relate to were made public: Michael Cohen, a former attorney for President Donald Trump, and Gregory Craig, a former White House counsel to President Barack Obama.

In section D-4, near the end of the 400-plus-page report, Mueller said that 14 matters were referred out to other offices. As mentioned, only the Cohen and Craig investigations were spoken about, while everything else was redacted on the grounds that releasing that information would cause “harm” to an “ongoing matter.” 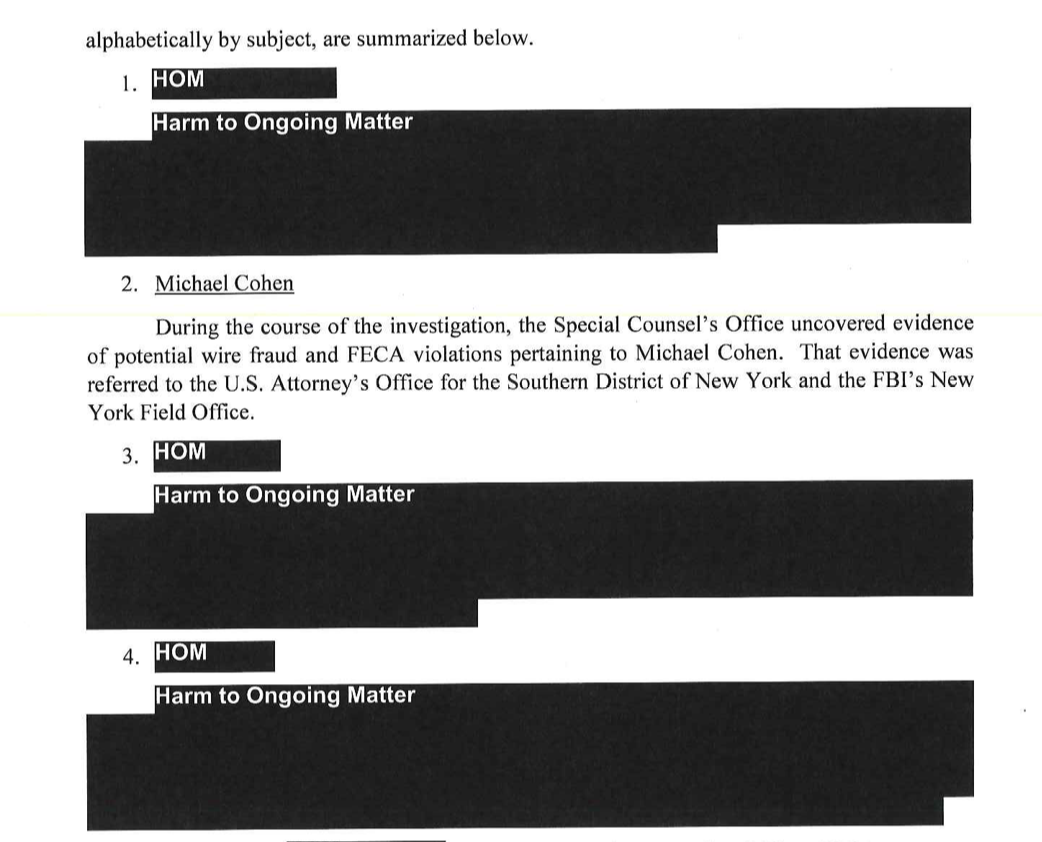 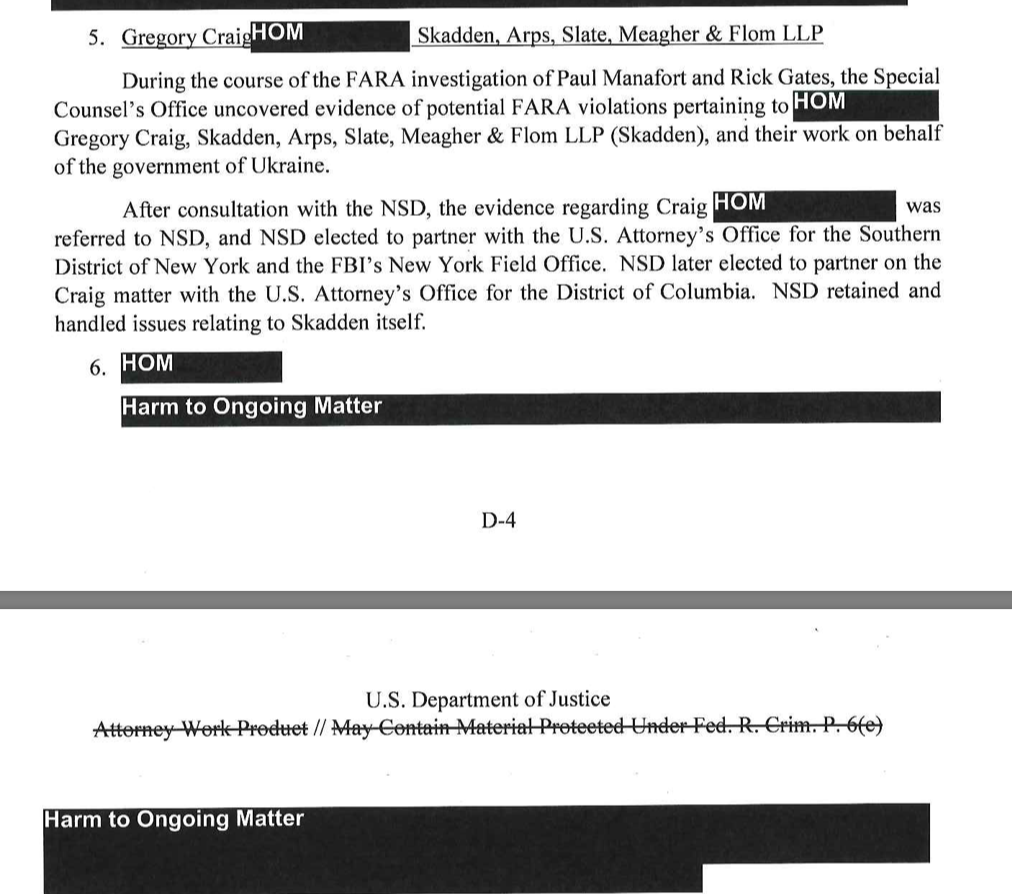 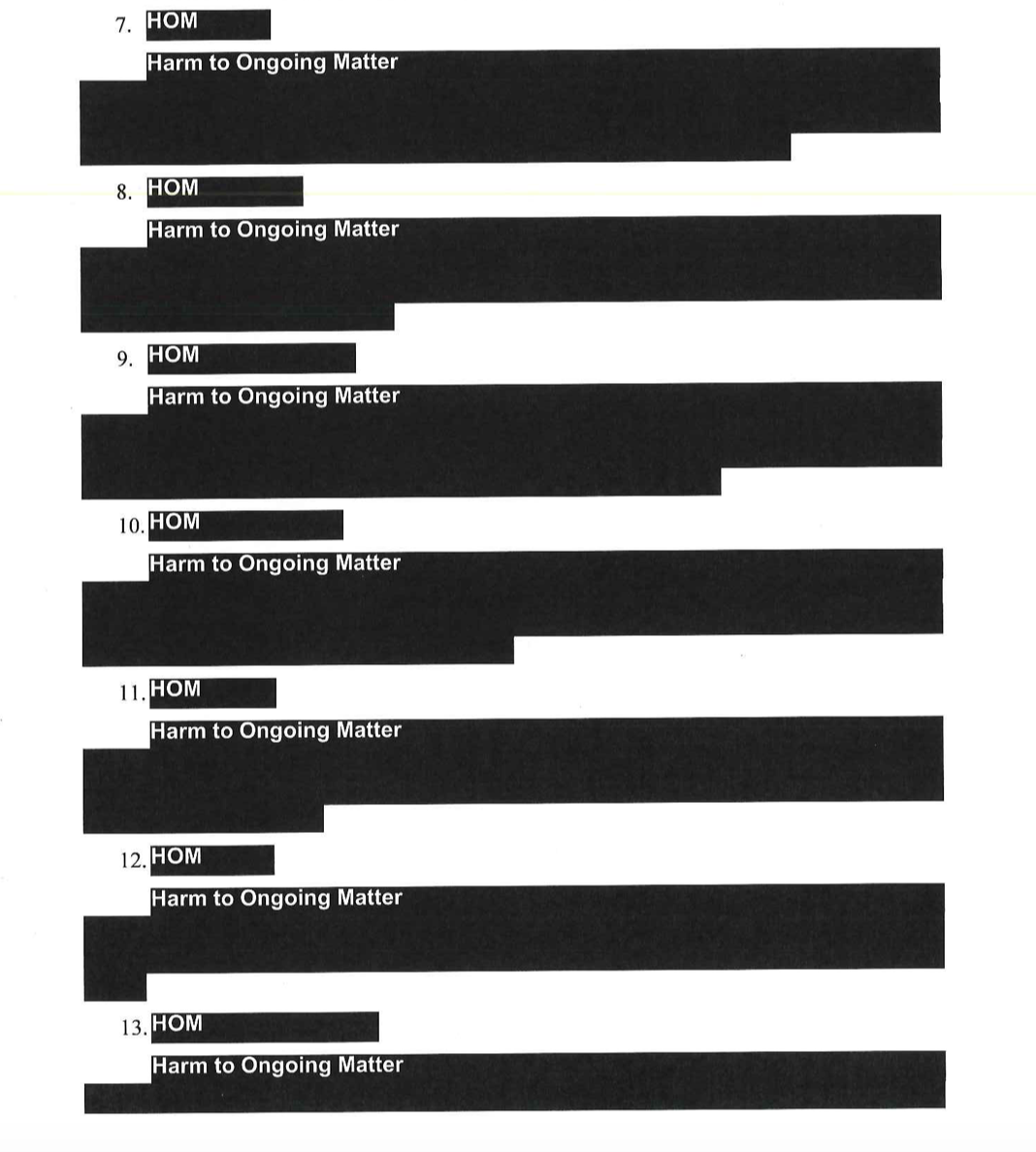 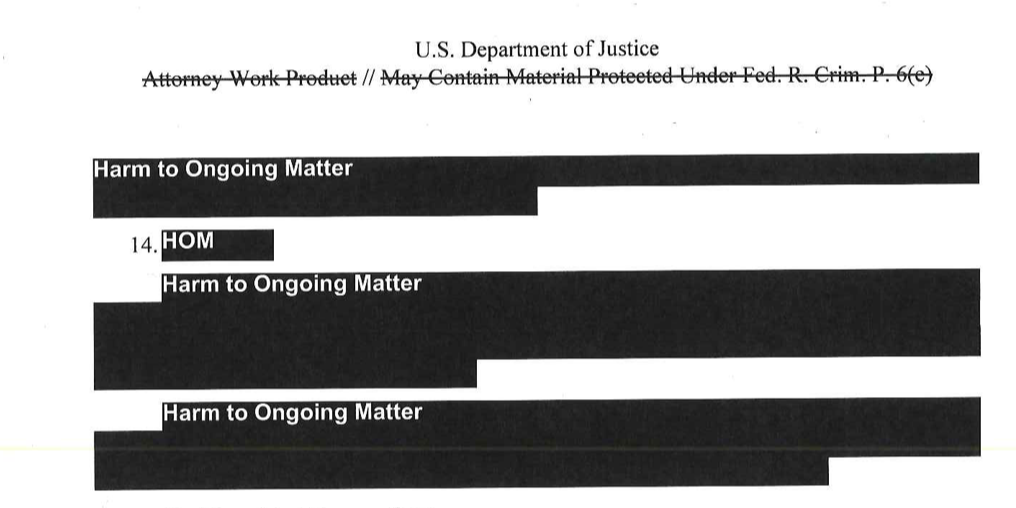 RELATED: All the Trump ‘Episodes’ Examined in Mueller’s Obstruction of Justice Probe

We knew that Mueller referred out investigations before. The FBI’s April 2018 raid on Cohen’s home, office and hotel room happened after Mueller referred information to the Southern District of New York (SDNY) about suspected criminal activity. Cohen was sentenced in the SDNY in December to three years in prison for tax evasion, bank fraud and campaign finance violations. The lattermost charges, of course, related to the Stormy Daniels and Karen McDougal hush payments.

Cohen is still claiming that he can fill in a few blanks in the Mueller report. “Soon I will be ready to address the American people again … tell it all … and tell it myself!,” Cohen said Thursday on Twitter.

“As the #Country waits for the #MuellerReport, know this…it does not matter how #Barr #RedactedMuellerReport. @MichaelCohen212 has 7 days, 70 hours, + 100 pages of what #TeamMueller knows and can fill in the bulk of the redactions. Nice try Mr. @POTUS. #Truth We will tell it all,” he said.

Craig was indicted last week for lying to federal officials who were examining whether he should have registered as a foreign lobbyist for work he did for the Ukrainian government in 2012, according to the Washington Post:

The indictment stems from work Craig did with GOP lobbyist Paul Manafort while Craig was a partner at Skadden, Arps, Slate, Meagher & Flom, the law firm he joined after ending his tenure at the White House. Manafort, the former campaign chairman to President Trump, pleaded guilty last year to charges related to his Ukraine lobbying.