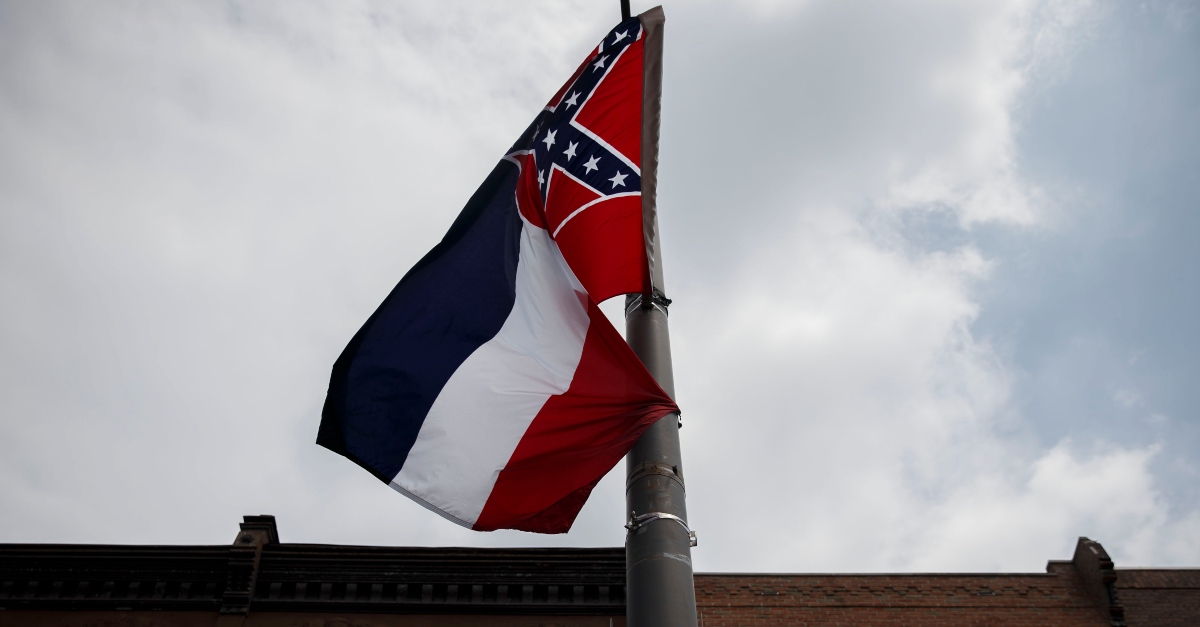 The Mississippi House and Senate voted on Sunday to get rid of their state flag, which noticeably features a “Confederate” pattern. Gov. Tate Reeves, a Republican, promised to sign the bill if passed. The plan is for a nine-person commission to figure out a new design, according to Mississippi Today. They’d have until a September deadline. State voters will decide whether to adopt the new banner in the November general election.

BREAKING: Not a state to rush things, after 126 years, the Mississippi senate today voted 37-14 to remove the Confederate symbol from its flag. The Governor has said he would sign the bill.

With a 37-14 vote, the Senate passes HB 1796. The Confederate emblem on the Mississippi state flag is coming down. #msleg https://t.co/yoevs2zL7h

Mississippi had adopted its soon-to-be-defunct flag in 1894. It notably featured a “Confederate” pattern: or to be more clear, the battle flag of the Army of Northern Virginia.

On January 22, 1894, amidst fear that the Confederate cause would be lost with the death of the state’s aging Confederate veterans and disappointment regarding the state’s ability to properly support its ex-soldiers, [Civil War veteran for the Confederacy and then-Governor John Marshall Stone] asked the state legislature to establish a state flag and a coat of arms as an act of good faith toward the reassurances of “patriotic ardor” and “State pride.”

“We are better today than we were yesterday,” said bill author Speaker of the House Philip Gunn, according to Today. “Today, the future has taken root in the present. Today, we and the rest of the nation can look on our state with new eyes, with pride and hope.”