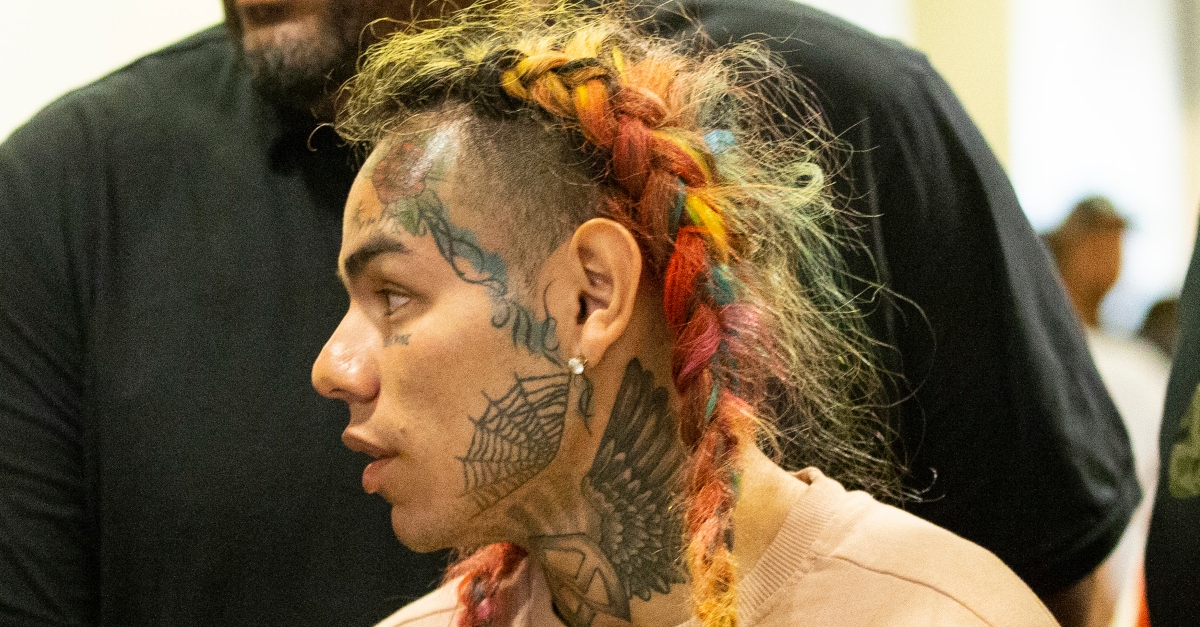 A man has been sentenced in a New York federal court as part of the government’s attempt to take down a gang, but that’s not why the case has been getting so much attention. Defendant Anthony “Harv” Ellison is getting 288 months behind in part because he was convicted of kidnapping Daniel Hernandez, who is better known as the rapper Tekashi 6ix9ine.

“Anthony Ellison was a high-ranking member of the Nine Trey Gangsta Bloods, a violent gang that wreaked havoc across New York City, and he was convicted of racketeering, kidnapping, and a violent assault with a dangerous weapon,” said Acting U.S. Attorney for the Southern District of New York Audrey Strauss. “Now, thanks to the outstanding work of our partners at the NYPD, HSI, and ATF, he will spend the next 24 years in federal prison.”

The defendant was also found to have slashed a person on October 24, 2018.

When 6ix9nine famously testified in criminal court last year, it was against the gang. His participation was a means to an end as far as prosecutors were concerned.

The rapper told the court that he joined the gang for clout, though he was never initiated. He said there was falling out after the gang was skimming so much of his money. In court, he said that Ellison and a man named “Shaw” kidnapped him at gunpoint in July 2018, and that Ellison made him renounce his affiliation.

Hernandez, who faced at least 47 years in prison in the racketeering case, reached a plea agreement, and was sentenced to two years in prison with 13 months time served. He has been released.