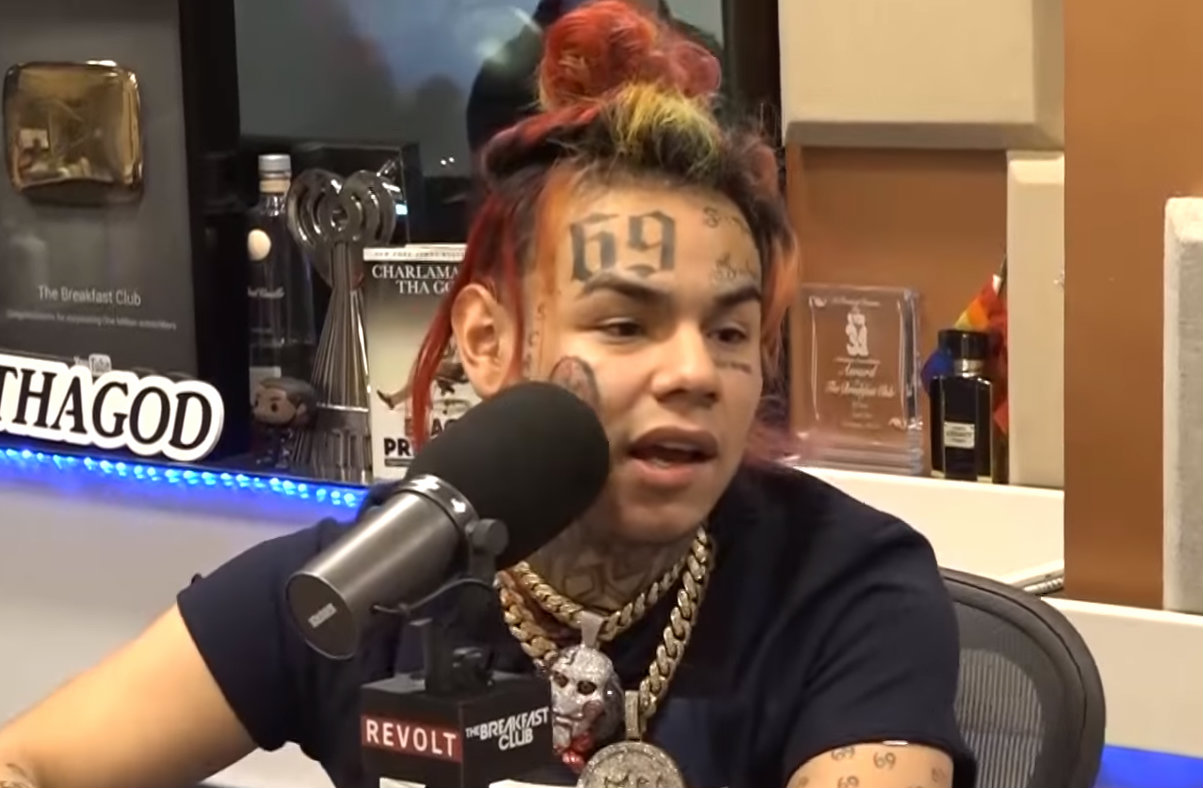 Word about the incident was first reported by TMZ. Citing unidentified sources close to Hernandez, the gossip site said the rapper wrapped up a late night shooting for a music video in Brooklyn, New York at around 4 a.m., but upon returning him, a vehicle blocked his driveway.

Three hooded gunmen allegedly took him out of the vehicle, and pistol-whipped him to unconsciousness. He woke up to find himself in the backseat of their car, sources said. The men allegedly threatened him, ordering him to give over jewelry and money, or die.

They soon pulled up on his home, and two of the attackers went inside, sources said. The gunmen reportedly took about $750,000 in jewelry, and between $15,000 and $20,000 in cash. Hernandez’s daughter, and the girl’s mother were inside, but remained unharmed, according to this account.  The gunmen drove off with Hernandez still inside, but he jumped out before finding safety at a stranger’s vehicle. That person called 911, and Hernandez ended up going to the hospital, sources said.

When police talked to the New York Daily News, however, they had a somewhat different story. They said Hernandez told them that at about 4:30 a.m., he was the passenger in a car. Two gunmen approached the vehicle, stole his cellphone, and took him into the backseat of a dark-colored sedan, he reportedly told cops. Then, they brought him to a location, and told him to call someone there to bring over jewelry. The crooks allegedly got the loot, leaving the scene and the rapper behind. Hernandez reported the robbery at the 79th precinct in the Bedford-Stuyvesant neighborhood of Brooklyn, cops said. Police claim he ended up becoming uncooperative. The investigation is ongoing.

TMZ also reported the police account. They said Hernandez checked himself into a hospital, but sources said they didn’t know how he was injured. The outlet bitterly remarked on the discrepancy between the narratives:

The 2 stories are obviously different.  As for why … Tekashi has bragged that people don’t mess with him.  The version he told his people make him look harder than the version he told cops.  You be the judge, but it seems pretty easy to figure this one out.

Law&Crime reached out to Hernandez through his booking agency. In our e-mail, we asked specific questions about his physical condition, the discrepancy between the original TMZ report and the police statement, and whether he disputed either. 1st Call Entertainment’s C.O.O. William Cornish wrote back. He declined to comment, but added, “it’s all lies.” He did not elaborate, and did not immediately answer a follow-up question.

Note: Cornish answered a Law&Crime request for comment. The article has been updated accordingly.

[Screengrab via The Breakfast Club]