Making a Murderer Sheriff’s Officer Sues Netflix, Claims Docuseries Made It Seem Like He Planted Evidence 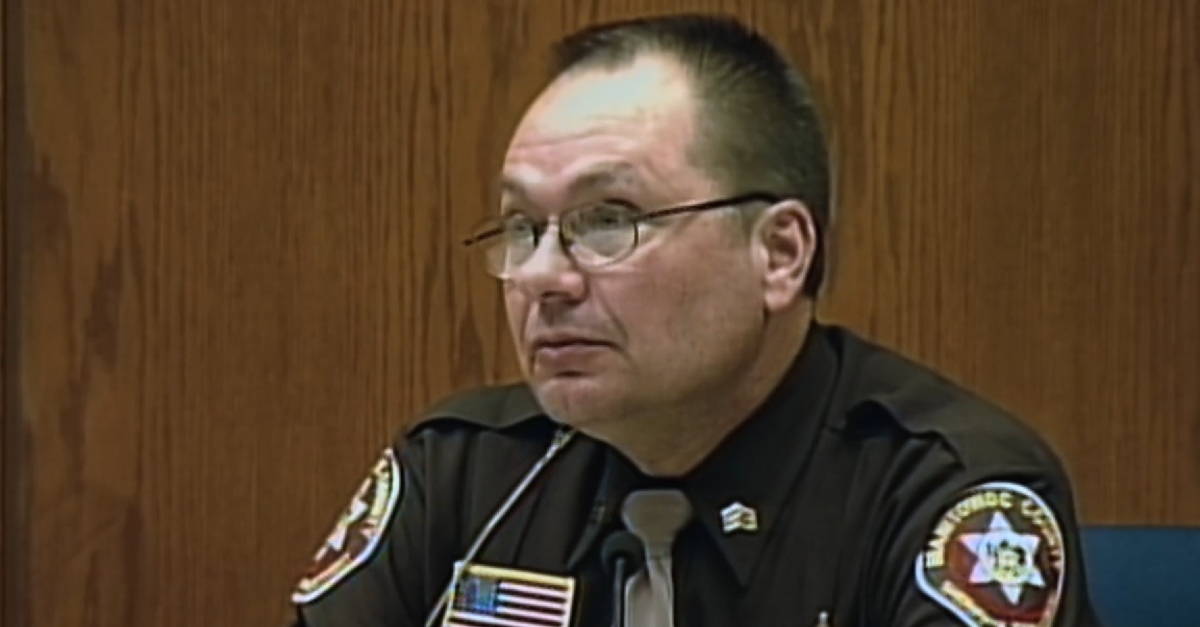 Retired Manitowoc County Sheriff’s police officer Andrew Colborn is suing Netflix, filmmakers, and producers for his depiction on the docuseries Making a Murderer. The show examined the defense’s idea that investigators planted evidence to convict Steven Avery and his nephew Brandan Dassey in the 2005 murder of photojournalist Teresa Halbach.

From the complaint, obtained by Law&Crime.

Despite overwhelming evidence proving Avery and Dassey’s guilt and the utter absence of evidence supporting defendant’s accusations of police misconduct, defendants falsely led viewers to the inescapable conclusion that plaintiff and others planted evidence to frame Avery for Halbach’s murder. Defendants omitted, distorted, and falsified material and significant facts in an effort to portray plaintiff as a corrupt police officer who planted evidence to frame an innocent man.

The lawsuit suggested that Making a Murderer filmmakers (and co-defendants) Laura Ricciardi and Moira Demos heavily edited Colborn’s testimony so that viewers would falsely believe that he and the other investigators planted evidence. This included the false claim that they put Halbach’s SUV in Avery’s family-run salvage yard, according to the complaint.

“Making a Murderer may have been a major professional achievement and a financial bonanza for its creators, producers, and distributors, but it has added another layer of tragedy to what was already a painful episode for our community and has callously poured salt into the wounds of a murder victim’s family that will never fully heal,” Colborn’s attorney Michael Griesbach said in a statement provided to Law&Crime.

Griesbach said he and his client plan on refraining from any more public comment about this lawsuit.

Netflix spokesperson Erika Masonhall told Law&Crime in an email that the company declined to comment.

Halbach’s family has condemned the docuseries as a cash-grab. Avery and Dassey remain locked up despite persistent attempts at an appeals, and new trials.