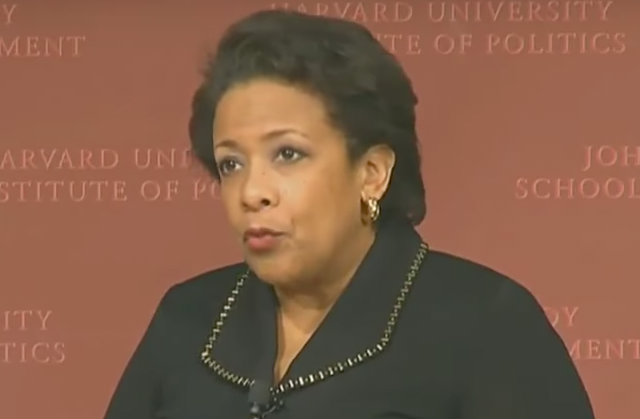 From the Thursday statement, obtained by POLITICO, from Lynch’s attorney Robert Raben to the Senate Judiciary Committee:

Likewise, to the best of her knowledge and recollection, neither Ms. Lynch nor any representative of the Office of the Attorney General discussed the Clinton email investigation with Ms. Renteria, Representative [Debbie] Wasserman Schultz or her staff, or any DNC official.

This is part of the Senate Judiciary Committee’s investigation into the claim that Lynch offered assurance over the email investigation.

The Russian intelligence memo was first reported by The New York Times in an April 22 report. A Democratic operative reportedly claimed Lynch promised a Clinton aide the email probe wouldn’t go too far. The file apparently made then-FBI Director James Comey worry about the investigation’s independence, and motivated him to ignore traditional practices, and announce publicly that his office wouldn’t recommend charges against former Secretary of State Hillary Clinton for alleged mishandling of emails. A Washington Post article from May cast doubt on the memo, saying FBI officials thought it was unreliable, or even fake.

Comey told the Senate Intelligence Committee at a June hearing that Lynch told him to call the email probe a “matter” instead of an investigation. This caused concern for even the ranking Democrat on the Judiciary Committee’s ranking Democratic, Sen. Dianne Feinstein (R-California).