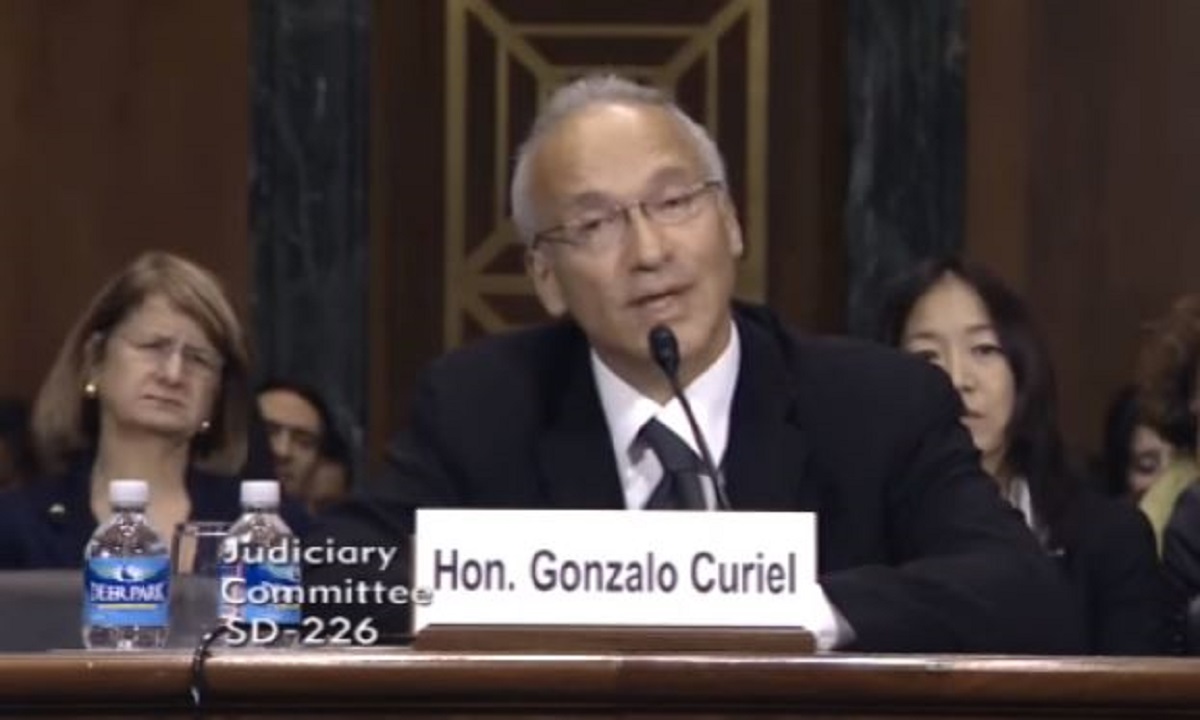 The Trump administration just won a key legal battle over its ability to build the president’s much-promised wall along the Mexican border. The judge in the case? None other than Gonzalo Curiel, the same judge who Trump said couldn’t be impartial in a Trump University case because he was Mexican and Trump wanted to build a wall.

It turned out Trump’s concern was wrong for two reasons. First, as we learned at the time, Judge Curiel is American, born in Indiana, although his parents are from Mexico. Second, despite Trump’s claims to the contrary, he is very much able to do his job, regardless of his family’s ethnicity. For proof, take a look at Curiel’s ruling on Tuesday, in which he issued a decision in favor of Trump’s wall.

At issue was whether the administration could use waivers to get around environmental laws that stood in the way of the wall’s construction. Waivers were granted to the federal government in 1996 and 2005 that allow them to get around certain requirements for the purpose of border security. The case was brought by the State of California and various groups who oppose the wall. One argument against the construction is that the waivers were only meant for specific past projects and don’t apply now. Also, California has claimed that the border wall could harm wildlife in the area.

Judge Curiel granted the administration’s motion for summary judgment, ruling that the construction can move forward. Still he acknowledged the controversy surrounding the wall, and had some choice words about it.

“In its review of this case, the Court cannot and does not consider whether underlying decisions to construct the border barriers are politically wise or prudent,” Curiel wrote, showing that despite Trump’s previous claims, he knows how to be impartial when it comes to a legal issue, even if he disagrees with the politics surrounding it.

Curiel next cited Supreme Court Justice John Roberts, to whom he referred as a “fellow Indiana native,” subtly reminding Trump that he is not from Mexico. The Roberts quote?

Court[s] are vested with the authority to interpret the law; we possess neither the expertise nor the prerogative to make policy judgments. Those decisions are
entrusted to our Nation’s elected leaders, who can be thrown out of office if the people disagree with them. It is not our job to protect the people from the consequences of their political choices.

Not surprisingly, President Trump didn’t address this part of the decision when he tweeted about his legal victory. He also didn’t make reference to who gave it to him.

Big legal win today. U.S. judge sided with the Trump Administration and rejected the attempt to stop the government from building a great Border Wall on the Southern Border. Now this important project can go forward!

Tuesday morning, Trump tweeted about the wall again, saying that despite the win, he will not begin building the wall until the entire project is approved.

I have decided that sections of the Wall that California wants built NOW will not be built until the whole Wall is approved. Big victory yesterday with ruling from the courts that allows us to proceed. OUR COUNTRY MUST HAVE BORDER SECURITY!