Judge Nap: Repealing Birthright Citizenship Won’t Work, No Matter How Trump Tries to Do It 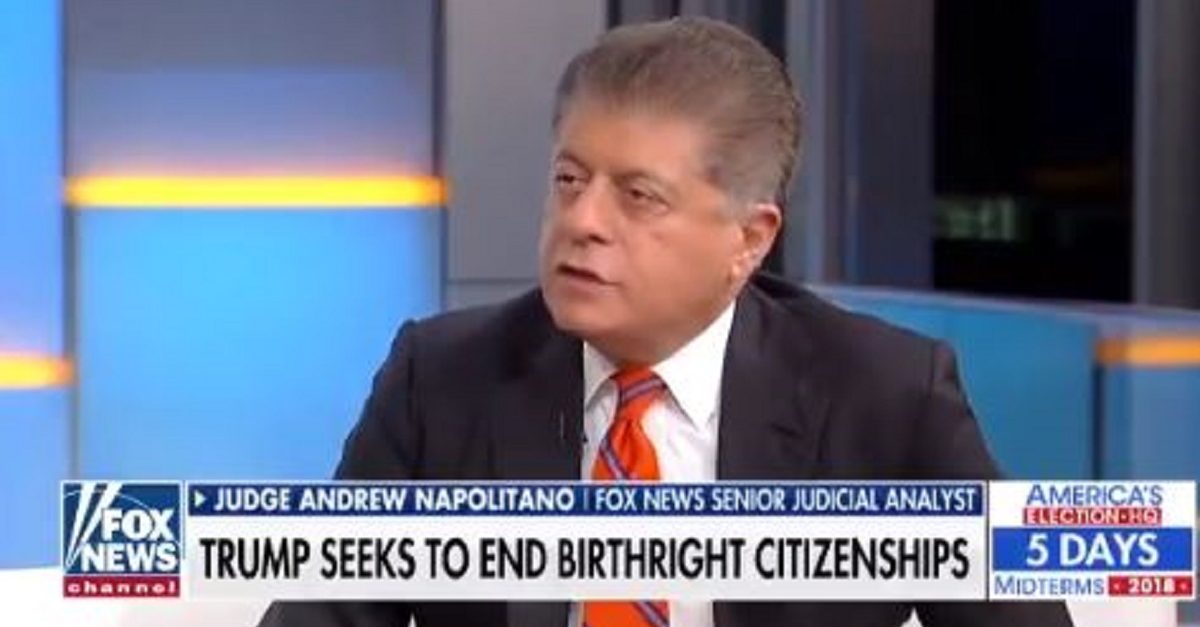 President Donald Trump may be surprised by some of the resistance he’s getting over his announcement that he’s looking to sign an executive order eliminating automatic birthright citizenship for anyone born in the United States. Speaker of the House Paul Ryan (R-Wis.) spoke out against it earlier this week, and Thursday morning featured analysis on Fox & Friends said this is a no-no.

Fox News judicial analyst Judge Andrew Napolitano said that not only would a Trump executive order be outside legal boundaries, even a law passed by Congress would ultimately fail because either one would be unconstitutional.

“The President can’t change the plain meaning of the Constitution with the stroke of a pen.” –@Judgenap weighs in on debate over birthright citizenship pic.twitter.com/aN2xiwlJaE

Judge Nap noted that birthright citizenship comes from the Fourteenth Amendment, which “says all person born or naturalized in the United States and subject to the jurisdiction thereof are citizens of the United States.”

As evidence that a president can’t just change how the Constitution works, Judge Napolitano pointed to President Barack Obama and gun control.

“Look, the president can’t change the meaning of the Constitution with the stroke of a pen,” he said. “If he could do that, then Barack Obama could have gotten rid of the Second Amendment, which he hated.”

The only way to change the Constitution is to pass a new amendment.

The judge then explained that he doesn’t think President Trump really intends to even attempt to get rid of birthright citizenship. He chalked up the statement to pre-election posturing.

“He thinks this debate will help Republicans in the five days remaining before the midterms,” Napolitano said. “I don’t think he seriously thinks he can change the Constitution with an executive order.”