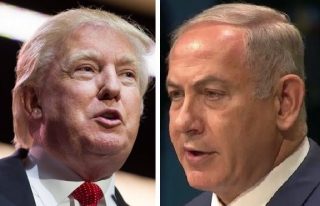 President-elect Donald Trump has made it clear that he has no love for the media. At least, not when they report things he doesn’t like. Trump has a record of taking to social media to blast his detractors in the press when he feels he has been covered unfairly.

If the press would cover me accurately & honorably, I would have far less reason to “tweet.” Sadly, I don’t know if that will ever happen!

He recently indicated that he has no plans to stop any time soon.

I thought that @CNN would get better after they failed so badly in their support of Hillary Clinton however, since election, they are worse!

If Trump is this active in his fight against the press now, journalists may be worried about what he’ll do once he’s in power. How can members of the press who are trying to cover the government fight back against the man who will soon be one of the most powerful people in the world? They might want to take a cue from one of their counterparts in Israel.

Raviv Drucker, a well-known host and investigative journalist for Israel’s Channel 10, has found himself in a feud with Prime Minister Benjamin Netanyahu in recent months. It began when Drucker reported that one of Netanyahu’s sons had stayed in a Tel Aviv apartment owned by Australian billionaire James Packer, who hosts meetings for Netanyahu at his home in Caesarea. In the same piece, Drucker reported that Packer’s attorney — who previously represented Netanyahu — tried to get him permanent Israeli residency by talking to the Interior Minister.

Netanyahu struck back, giving a tirade to Channel 10 saying, “It’s shocking to see the moral depths to which ‘journalist’ Raviv Drucker has descended,” and that Drucker was trying to “smear” his son. The same statement also accused Drucker of “so many distortions and lies that aimed to paint a false picture[.]” Netanyahu also suggested that Drucker had a vendetta against him after a report alleged questionable tie between Drucker and the State Comptroller.

Netanyahu also took to Facebook, as he regularly does, and blasted Drucker and Channel 10 (Hebrew readers can check it out here)

Compare this to Trump, who routinely calls out the press for stories he doesn’t like, and has also accused the media of making up stories.

The @nytimes states today that DJT believes “more countries should acquire nuclear weapons.” How dishonest are they. I never said this!

Wow, the @nytimes is losing thousands of subscribers because of their very poor and highly inaccurate coverage of the “Trump phenomena”

Drucker, however, was bold enough to do what American journalists have yet to try. He threatened to sue the Prime Minister over his accusations if he didn’t correct what Drucker dubbed incorrect statements, according to Ha’aretz. “Maybe I’m naïve but I’m demanding that Netanyahu correct the factual errors in his letter and apologize for them,” he told Army Radio.

What if American journalists individually — or collectively — sued Trump over his tweets. If he’s calling them liars and their stories are true, they could slap him with a defamation case. While Presidents are immune from criminal prosecution while in office, they are susceptible to civil lawsuits. A court would have discretion to postpone any case until after Trump’s term in office, but the case could go forward during his presidency, as Clinton v. Jones did in the 1990s.

First Amendment attorney Floyd Abrams suggested recently that American journalists consider legal action, if necessary. “[T]he press ought to be thinking broadly about how to defend itself if his Administration turns out to be as antagonistic to the press as may be the case,” he told LawNewz.com.

Trump famously said during his campaign that he wanted to “open up” libel laws to make it easier to sue the media. During his meeting with the staff of The New York Times in November, he noted that someone advised him that doing so would open him up to legal trouble. Trump reportedly answered, “You know, I hadn’t thought of that.”

Maybe it’s time he did.