Bruce Bartman Gets Probation After Illegally Voting for Trump

‘I Listened to Too Much Propaganda’: Trump Voter Gets Probation After Casting Ballot on Dead Mom’s Behalf and Registering Another Dead Woman as a Republican in Pa. 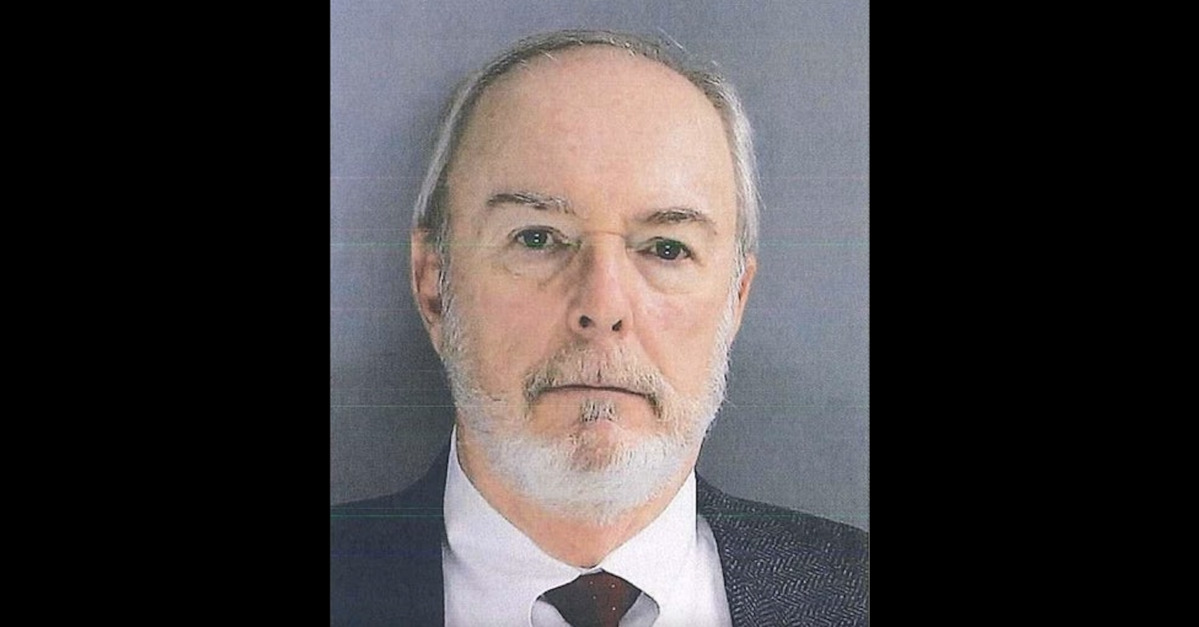 A Pennsylvania man was sentenced to five years probation after he admitted to illegally casting his dead mother’s ballot for former president Donald Trump during the 2020 presidential election.

Bruce Bartman, 70, provided an allocution in front of Delaware County Court of Common Pleas Judge George Pagano during a Friday hearing. Bartman apologized for his conduct and pleaded guilty to two counts of perjury and one count of unlawful voting.

“I was isolated last year in lockdown,” the defendant told the court in proceedings originally reported by The Philadelphia Inquirer. “I listened to too much propaganda and made a stupid mistake.”

Bartman’s attorney, Samuel Stretton, also said his client had made “a very misguided political mistake” that was “very stupid.”

The judge, for his part, lauded the defendant for admitting to his wrongdoing and said the case “goes to the heart of our democracy.”

In November 2020, it was actually the Trump campaign that pointed out Bartman’s dead mother had somehow cast a ballot. In an interview with The New York Times late last year, Bartman feigned ignorance about the incident and suggested that any voting issues were attributable to the actions of various Democrats.

As Law&Crime previously reported, Bartman was accused late last year of registering his mother Elizabeth Bartman and his mother-in-law Elizabeth Weihman, both of whom were deceased at the time, via the Keystone State’s online voter registration system.

Each of the dead women, who had been dead for some 12 and two years, respectively, were illegally registered as Republicans.

Delaware County District Attorney Jack Stollsteimer (D) alleged that Bartman was ultimately only able to cast a vote for his mother.

Using his mother’s driver’s license number, Bartman accessed the Pennsylvania online voting portal and registered without incident due to what Stollsteimer termed a “flaw” in the system which was unable to catch the driver’s license as belonging to a dead person.

The DA issued a lengthy statement last December indirectly addressing numerous, spurious claims by Trump and his allies that voter and/or electoral fraud had run rampant during the 2020 electoral contest between the unsuccessful 45th president and victorious eventual President Joe Biden.

Stollsteimer said in a press release:

While this case is disturbing in light of the contentious Presidential Election and its aftermath, it’s important for the public to note two things. First, this is the only known case of a dead person voting in our county, conspiracy theories notwithstanding. Further, the prompt prosecution of this case shows that law enforcement will continue to uphold our election laws whenever presented with actual evidence of fraud and that we will continue to investigate every allegation that that comes our way. Second, even though this was the most secure election in our lifetimes, human history shows that there are always some who will try and criminally cheat any system. The fact that Mr. Bartman was able to register two deceased individuals through the Commonwealth’s online voter registration system should trouble our state lawmakers. After all, the Delaware County Voter Registration Commission can only administer the system our Legislature puts in place.

In comments after Bartman’s sentencing, Stollsteimer said he felt “justice” had been “served.”

“There’s not public benefit to him being incarcerated,” the district attorney added. “This defendant from the beginning has accepted responsibility for his actions, and he has paid the price for them.”

While some might dispute whether Bartman actually accepted responsibility “from the beginning” for the dead mother/mother-in-law voting scandal (because he didn’t), many others immediately compared his probation punishment to the 5 years in prison that Crystal Mason received for voting while on supervised release for felony tax fraud. Mason did not know that Texas law forbids convicted felons from voting until they have “fully discharged their sentence, including any term of incarceration, parole, or supervision.”

Bruce Bartman, white guy in PA who illegally voted for Trump on behalf of his dead mother, gets 5 years probation

Crystal Mason, black woman in TX who voted on supervised release when she didn’t know she was ineligible, gets 5 years in prison