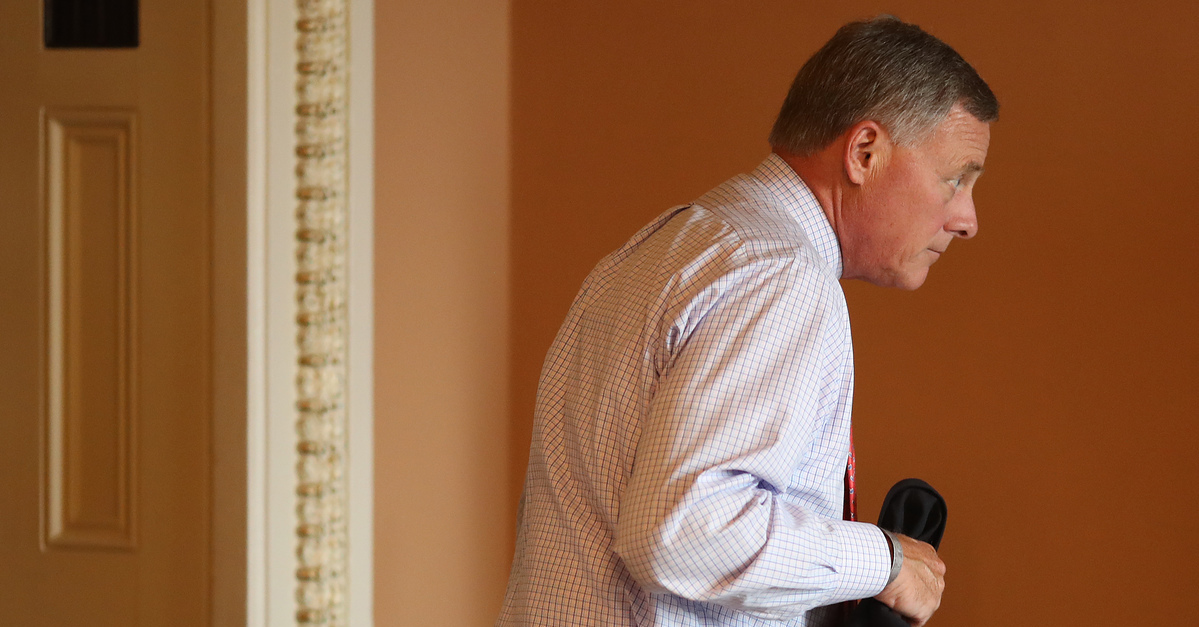 The Senate Select Committee on Intelligence has thrown its hands up and conceded there is “no direct evidence” of collusion between President Donald Trump and the Russian Federation. Legal experts in the know, however, are cautioning some version of “not so fast.”

“If we write a report based upon the facts that we have, then we don’t have anything that would suggest there was collusion by the Trump campaign and Russia,” Burr said. The senator then reiterated his earlier conclusion–made last September–that committee investigators had found no “hard evidence” of collusion and said that original statement was “accurate with everything we’ve accumulated since then.”

Trump immediately seized upon Burr’s comments and claimed that he had been vindicated by the bipartisan committee.

NBC News initially dismissed Burr’s comments as “partisan” and followed up with Democratic Party sources. They reached the same conclusion on Tuesday–to a stunned panel of experts on MSNBC.Reporter Ken Dilanian—who has previously been criticized for his cozy relationship with the intelligence community–categorized this development as “no direct proof” of collusion.

“Prosecutors often don’t have ‘direct proof’ of conspiracy but prove via circumstantial evidence,” Rocah noted. “T]here’s a mountain of that showing people within Trump’s circle conspired with Russia [and] some [evidence] sure seems direct (collaborating with [a] Russian [intelligence] agent) So I don’t get what Burr means.”

Elizabeth de la Vega is also a former federal prosecutor who spent 21 years as a member of the Organized Crime Strike Force and as chief of the San Jose branch of the U.S. Attorney’s Office for the Northern District of California. De la Vega was similarly dismissive of the focus on whatever “direct proof” the Senate may or may not have uncovered over the past two years.

“Senator Burr is not an attorney, so he may not fully understand the role and value of circumstantial evidence in the proof of cases,” she noted on Twitter.

That aide told The Atlantic‘s Natasha Bertrand there is “a common set of facts” before the committee as well as “a disagreement about what those facts mean. The same staffer went on to criticize NBC News’ headline, telling Bertrand, “the word ‘direct’ is doing a lot of work here.”

“Direct [versus] circumstantial [evidence] is often misunderstood,” de la Vega noted, “The aide quoted here seems to get it.”

Circumstantial proof, i.e., known facts from which jurors may draw common sense inferences, is often more probative than direct proof. Judges tell jurors they may give equal weight to both.

Essentially, de la Vega is cluing people into a seldom-acknowledged aspect of criminal law under the U.S. federal legal system–despite the tendency of television procedural dramas to discount and dismiss circumstantial evidence, federal prosecutors frequently rely on such evidence to secure convictions.