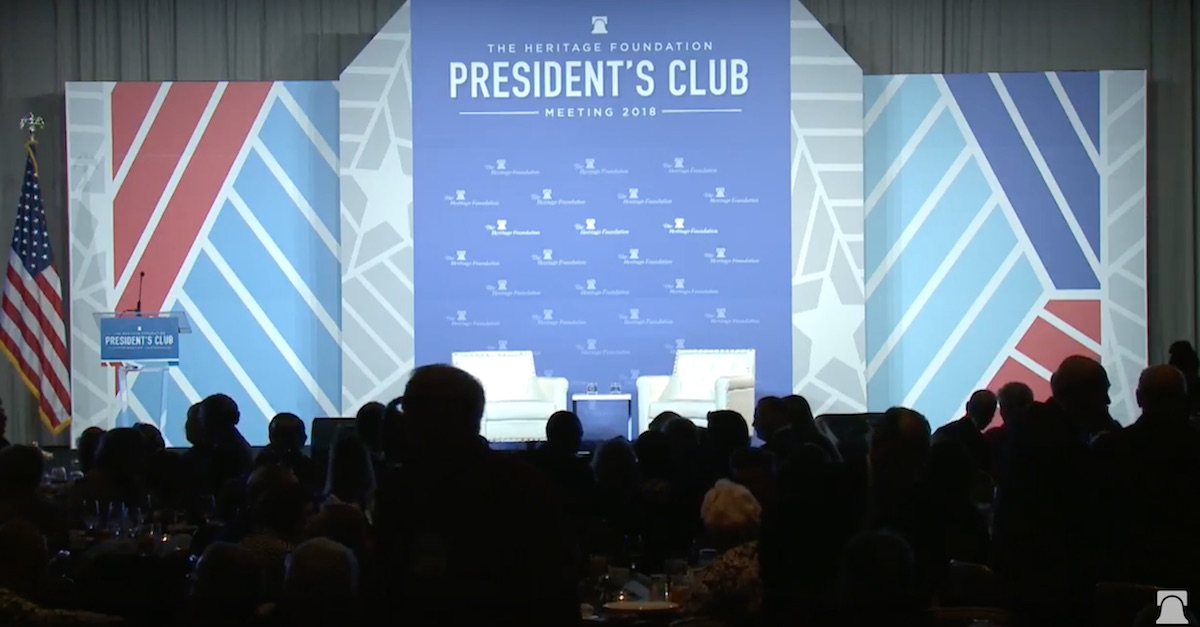 The New York Times‘ Adam Liptak followed up on his earlier report with this: “Heritage is reevaluating the Federal Clerkship Training Academy. As a result, the program will not go on as scheduled.”

Liptak was quoting Greg Scott, the director of media at the Heritage Foundation.

“Heritage is reevaluating the Federal Clerkship Training Academy. As a result, the program will not go on as scheduled.” – Greg Scott, director of media at The Heritage Foundation. https://t.co/hxIBv7Ddgm

As we mentioned before, Slate’s Mark Joseph Stern was on this story before the Times.

The Times‘ reach, influence and reputation, however, appears to have expedited the response from Heritage, as just hours after the publication of the story the controversial program was suspended.

It had been reported that Heritage’s “generous donors” were offering a “significant financial investment” to program participants, but that these prospective participants could not discuss or disclose any teaching materials. They also had to pledge not to use this newfound knowledge “for any purpose contrary to the mission or interest of the Heritage Foundation.”

This was not received well, as Law&Crime demonstrated, with many legal experts calling the program ethically challenged.

The Heritage Foundation intitially responded to the report by acknowledging the existence of the program, but said “it’s a private program, and that’s the way we’d like to keep it.” References to “donors, secrecy and loyalty from the application materials [Heritage] had posted on its website” were apparently deleted, however.

Now, the program as a whole is on hold. It’s not clear at this time if it will be discontinued permanently.