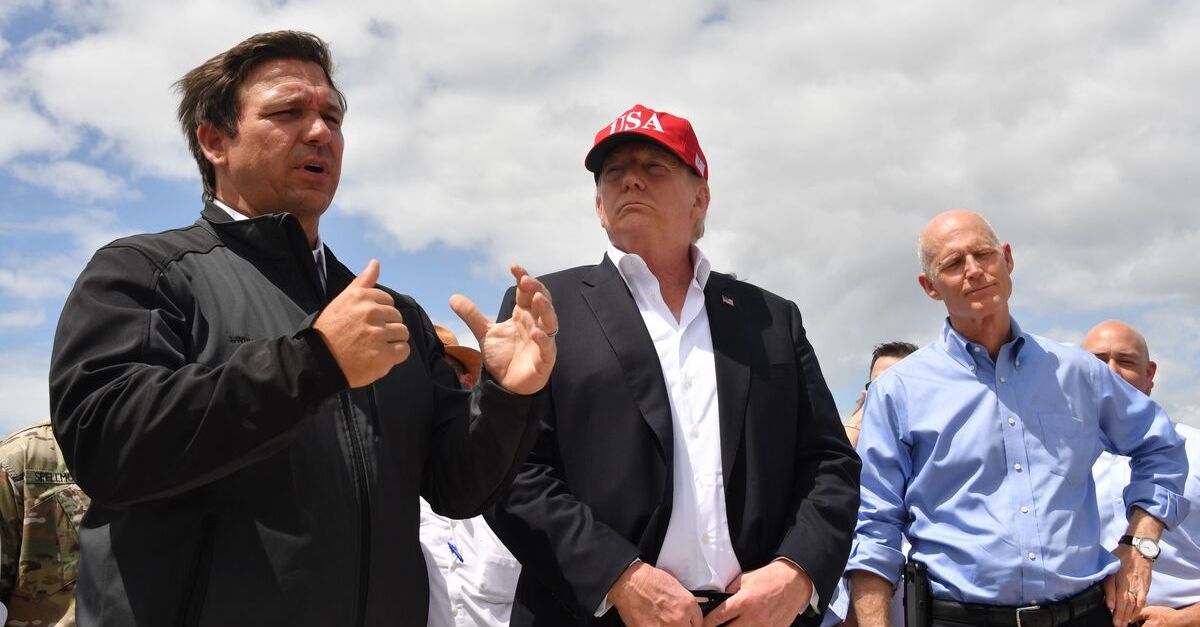 Before it all fell apart, however, Parnas and Fruman were ascendant backdoor power players in GOP politics across the country.

Starting in late 2016, Parnas began spreading his financial largesse across the country by way of various state Republican Party groups.

And, just before the 2016 presidential election, Parnas made a statutory maximum donation of $2,700 to then-candidate Trump.

Law&Crime initially spoke with Rep. McCarthy’s office. They confirmed they were aware of the issue, but a follow-up email went unanswered. After this article was published, however, a McCarthy spokesperson told VICE News the congressman would donate the tainted money to charity but declined to answer “whether he’d ever met either” Parnas or Fruman in person.

Fruman has been considerably more active in his exploits as a donor for the GOP. He doubly maxed-out to then-governor and eventual Sen. Rick Scott (R-Fla.) in May 2018. On the same day, Fruman donated $15,000 to the Rick Scott Victory Fund PAC. He later made two separate $2,700 contributions to Rep. Joseph Wilson (R-S.C.) in June 2018–one for the primary election; one for the general election.

Law&Crime reached out to Scott and Wilson for comment on this story, but no response was forthcoming at the time of publication.

Fruman also made a maximum $2,700 donation to Sessions–on the exact same day that Parnas maxed-out to the former GOP congressman. Fruman himself later maxed-out to President Trump’s re-election campaign in February 2018.

And, aside from several small donations to various Trump- and GOP-affiliated campaigns and committees, Fruman gifted the National Republican Senate Committee with $9,600 in May 2018.

Then there’s “Igor Furman,” the slight misspelling of Fruman’s name that federal authorities allege Fruman used to mask upwards of $400,000 in campaign contributions to various GOP politicians and committees throughout the spring of 2018.

And that’s just the Ukrainian pair’s federal efforts. State campaign finance contributions–which are not tracked by the FEC–show that Parnas and Fruman have spread their cash around various conservative politicians and causes at the state level as well.

“A check of Nevada campaign contributions made by one of the indicted men, Igor Fruman, shows he contributed the maximum $10,000 each to Adam Laxalt and Wesley Duncan, the Republican candidates for governor and attorney general, respectively, last year,” according to the Las Vegas Review-Journal. “The donations were made on Nov. 1, 2018, according to each campaign’s finance records.”

That’s an awful lot of money and attempts to purchase influence within the GOP–and not for nothing. Not at all. The key investments in GOP bigwigs almost immediately paid off for Parnas and Fruman.

The duo met with President Trump himself, Donald Trump Jr. and various congressional Republicans. They somehow became something not entirely unlike surgically-grafted to Giuliani and successfully lobbied for the removal of former U.S. Ambassador to the Ukraine Marie Yovanovitch—who opposed their business schemes.

And they even caught the ear of Texas’s former–and longest-serving–governor and current Energy Secretary Rick Perry.

Their efforts to intertwine their business agenda with the Trump political agenda were so successful that Energy Secretary Rick Perry brought up their interests in his negotiations with Ukraine. … Perry met with Parnas and Fruman and reportedly asked Ukrainians to place a couple of Americans on the board of the state gas company.

But it doesn’t even come close to stopping there.

On July 18, Parnas was the co-host of a fundraiser for DeSantis that featured Trump, Jr. and Fox News personality Jeanine Pirro.

DeSantis, for his part, released a statement calling the allegations against Parnas and Fruman “troubling”; he said that he would direct his PAC “to return the money to the federal government.”

Trump Jr. and his longtime friend and “hunting buddy” Tommy Hicks, Jr. both dined with Parnas and Fruman at the Beverly Hills Polo Lounge in May 2018. According to a since-deleted Parnas Facebook post, he and his associates had a “power breakfast” but what exactly was discussed during that meeting is currently unknown.

Hicks is also a son of extreme wealth and privilege–his father, a private equity investor, previously owned the Texas Rangers baseball franchise after purchasing it from the Bush family in 1998–but recently rose through the ranks of the institutional GOP thanks to his Texas-based establishment ties and friendship with the Trump family.

Hicks, the consummate Trump “loyalist,” was named co-chair of the Republican National Committee (RNC) in early 2019.

Law&Crime reached out to the RNC about Hicks’s relationship and prior conversations with Parnas and Fruman, but no response was forthcoming at the time of publication.

Editor’s note: this article has been amended post-publication to account for additional Republican figures connected to Lev Parnas and Igor Fruman who have since come to light.