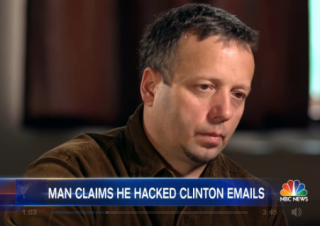 The Romanian computer hacker Marcel Lazar, aka “Guccifer,” was sentenced on Thursday to 52 months in prison. He had been extradited to the U.S. from Romania, and he then pleaded guilty to unauthorized access to a protected computer and aggravated identity.

Lazar claimed to have hacked Hillary Clinton‘s private email server that she used while serving as Secretary of State, although officials have denied that this is true. Lazar is believed to have hacked approximately 100 email accounts from 2012 to 2014. The owners of those accounts include Secretary of State Colin Powell, a relative of President George W. Bush, and Hillary Clinton adviser Sidney Blumenthal. The hack of Blumenthal’s email led to the discovery of Clinton’s private server.