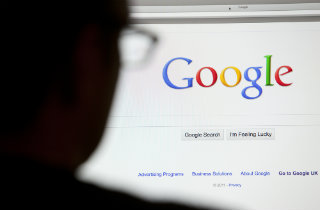 On Wednesday, a number of journalists got an alarming message when they logged into Gmail or other sites that used their Google account:

Government-backed attackers may be trying to steal your password.

There’s a chance this is a false alarm, but we believe we detected government-backed attackers trying to steal your password. This happens to less than 0.1% of all Gmail users. We can’t reveal what tipped us off because the attackers will take note and change their tactics, but if they are successful at some point they could access your data or take other actions using your account. To further improve your security, based on your current settings we recommend:

Before long, the news hit Twitter, with the targeted reporters tweeting screenshots of their alert messages. For example:

And here we are. pic.twitter.com/Vv4cjLI5gJ

As the presence of the error message throughout their Google accounts and not just their email inboxes suggested, this was a legitimate message. Google confirmed the message’s authenticity in a statement to Erik Wemple of the Washington Post:

Since 2012, we’ve notified users when we believe their Google Accounts are being targeted by government-backed attackers. We send these warnings out of an abundance of caution — they do not indicate that a user’s account has already been compromised or that a more widespread attack is occurring when they receive the notice. Anyone that receives one should follow the instructions in the warning, and we further recommend that all users routinely do a Google Account Security Checkup at g.co/securitycheckup.

This comes just a month and a half after the Russian government was blamed for the hacks of prominent Democrats by the Department of Homeland Security and Office of the Director of National Intelligence on Election Security in a joint statement. Obviously, it’s not yet clear what country is behind the latest hacking attempts, though it should be noted that Julia Ioffe, one of the targets, was born in Russia and is often highly critical of Vladimir Putin.