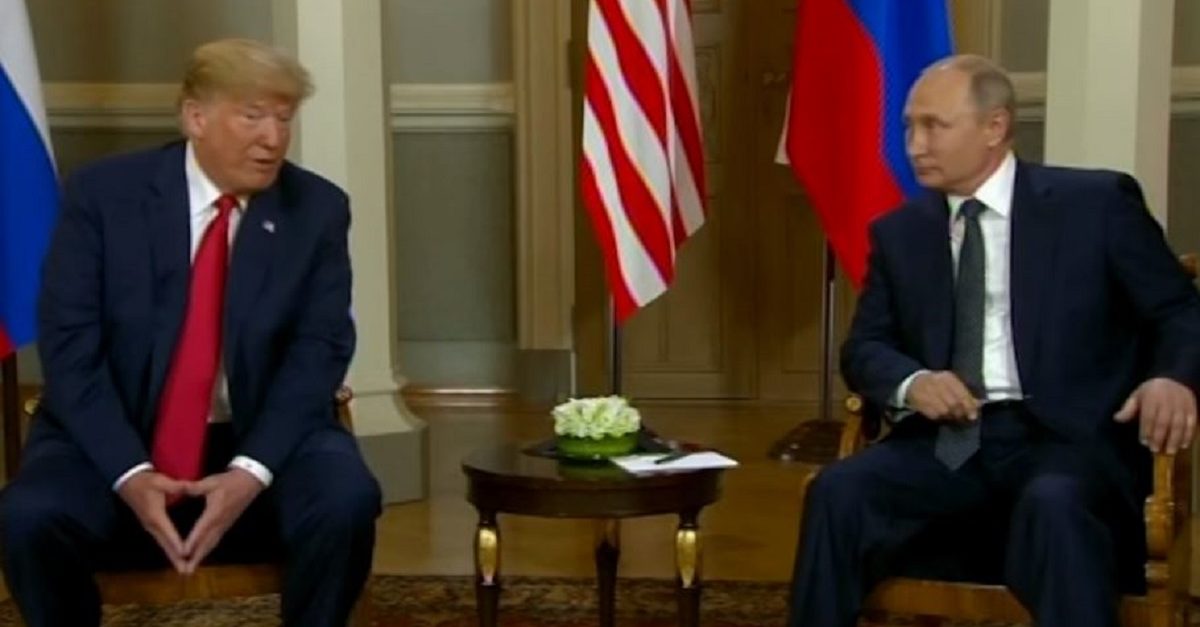 While President Donald Trump has his meeting with Russian leader Vladimir Putin on Monday, one Republican lawmaker had some strong words that he’d prefer the president to relay.

Trump had tweeted in the hours ahead of the summit in Helsinki, Finland that the current low point in U.S.-Russia relations is the fault of past American “foolishness and stupidity,” as well as Special Counsel Robert Mueller‘s investigation, which he simply referred to as “the Rigged Witch Hunt.”

Instead of calling out his own country, Senator Ben Sasse (R-Nebraska) said Trump should be tough on Russia.

“A better thing, Mr. President, would be to declare ‘Russia is the enemy of America and our allies,” Sasse suggested, adding, “and we will expose and respond to their continued cyber-attacks against our nation.”

A better thing, Mr. President, would be to declare: “Russia is the enemy of America and our allies, and we will expose and respond to their continued cyber-attacks against our nation.” https://t.co/qNvgGRA58T

When the summit finally began, Trump had a very different approach. Prior to their private meeting, Trump and Putin appeared before members of the media.

“I think we will end up having an extraordinary relationship,” Trump said. “Getting along with Russia is a good thing, not a bad thing.”

[Image via The Guardian screengrab]