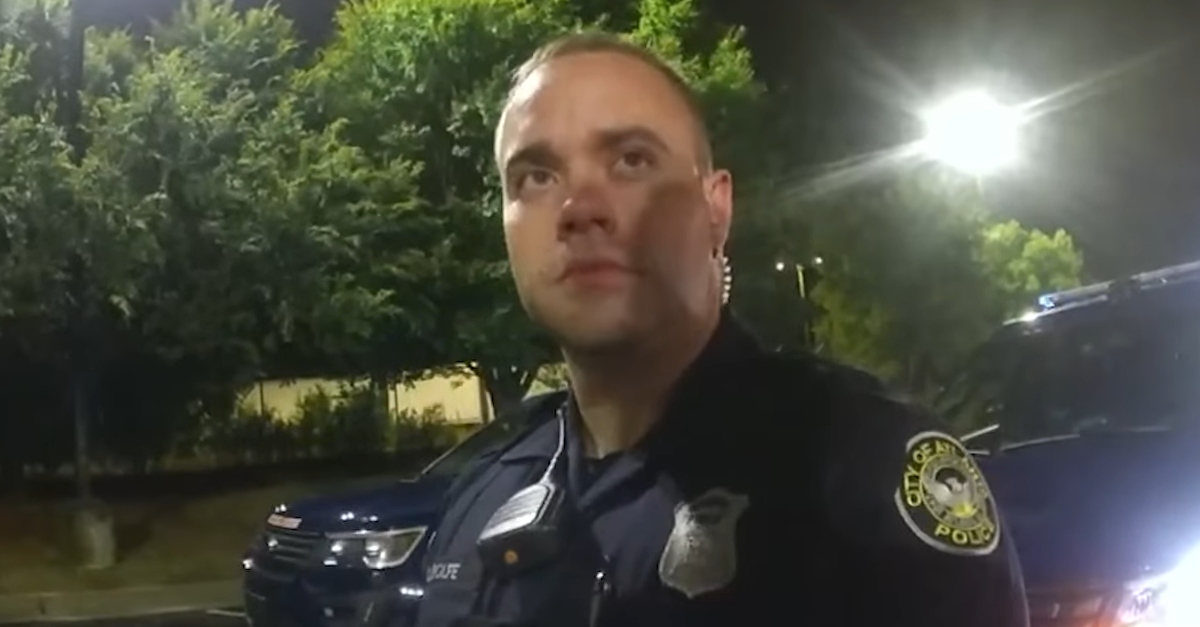 Former Atlanta police officer Garrett Rolfe and two others didn’t report a 2015 shooting of a theft suspect. The judge in the case accused them of covering it up, according to court records obtained by The Guardian.

Officers shot Jackie Jermaine Harris after he used a truck to ram a police vehicle, according to authorities. Harris was black.

“None of the police put in the report that they shot the man – none of them,” Judge Doris L. Downs said in a 2016 hearing. “And they sent him to Grady [Memorial Hospital] with collapsed lungs and everything, and the report doesn’t mention it.”

She called this case a “disaster” and “the wildest case I’ve seen in my 34 years here.” She said that what the police did was wrong, and they would have to answer for it.

It’s unclear if police officials ever addressed the matter. Personnel records obtained by the Guardian only described the incident as a “firearm discharge.” The Atlanta Police Department did not immediately respond to a Law&Crime request for comment.

Rolfe is the officer who is accused of murdering Rayshard Brooks on Friday at a Wendy’s parking lot. As seen on video, police questioned Brooks and tried to arrest him after a breathalyzer returned a .108. He resisted.

From the Georgia Bureau of Investigation, which is investigating the incident:

The GBI has obtained additional surveillance video from the Wendy’s restaurant. Agents have also reviewed video posted on social media. These new videos indicate that during a physical struggle with officers, Brooks obtained one of the officer’s Tasers and began to flee from the scene. Officers pursued Brooks on foot and during the chase, Brooks turned and pointed the Taser at the officer. The officer fired his weapon, striking Brooks.

The incident landed on a cultural fissure: Rolfe is white. Brooks was black, and so is the man in the 2015 incident.

“I just don’t want them to get away with what they did to me,” he said, regarding the police who shot him.

Officials in the Brooks case announced on Wednesday that Rolfe faces counts including felony murder with an underlying charge of aggravated assault. The defendant kicked the dying man before providing medical attention according to Fulton County District Attorney Paul Howard. There’s evidence the now-fired officer knew that the Taser that Brooks had grabbed had already been fired twice and that it was harmless after being fired twice, said the prosecutor. One of his bullets struck a nearby vehicle containing passengers from Tennessee, said the D.A.

Devin Brosnan, the other officer at the scene, was also charged with aggravated assault for stepping on the dying man’s shoulders. Brosnan admitted to what he did, said Howard.