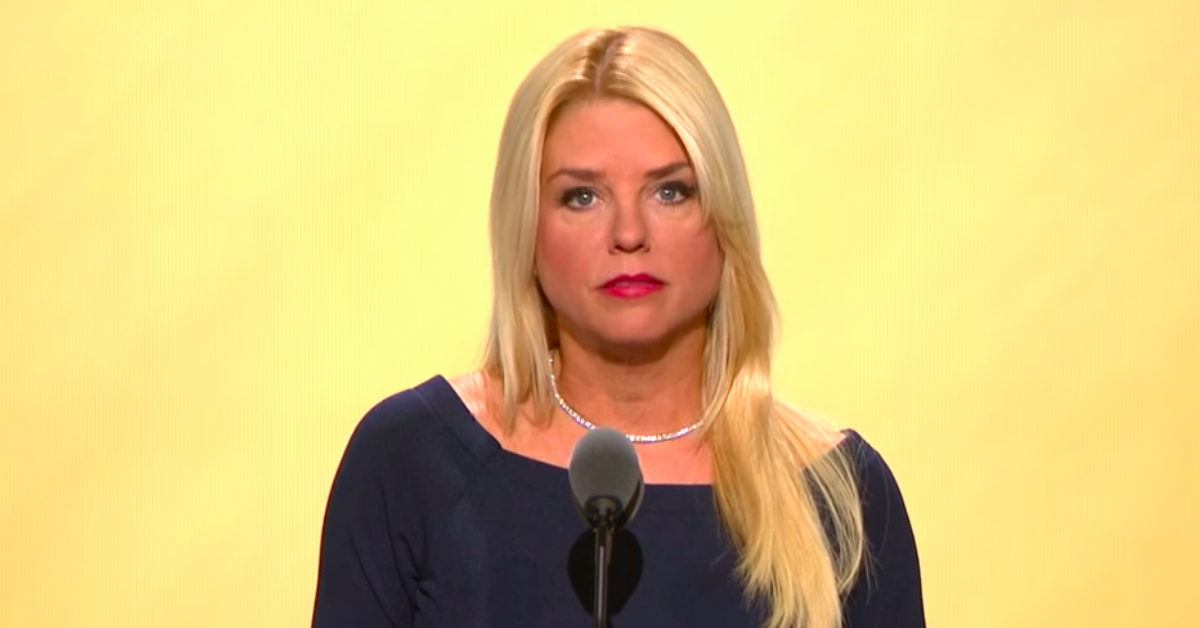 President Donald Trump is hiring two new aides as the White House prepares for what could be a protracted impeachment battle.

According to the Wall Street Journal, senior officials in the Trump administration are preparing for the additions of former Florida attorney general Pam Bondi, and former Treasury Department spokesman Tony Sayegh. Both received employment offers this week and, pending finalization of contractual details, are expected to join the White House on a temporary basis Thursday to assist on communications and bolster the administration’s impeachment strategy, in addition to other “special projects.”

The WSJ reporter on the story described the addition of Bondi and Sayegh as “both an acknowledgment Trump needs help coordinating a response to the House probe, & a compromise between competing factions in the White House where rivalries opened during a two week-long process deliberation over which adviser to bring inside.”

In Nov. 2018, Trump said that he would “consider Pam Bondi for anything,” adding that he would “love to have her in the administration.” Bondi has previously been mentioned as a possible candidate for several prominent positions in the Trump administration, including replacing Jeff Sessions as Attorney General. Bondi would have likely faced significant difficulties in being confirmed, however, due to a controversial $25,000 contribution Trump made to her 2014 reelection campaign as Florida’s attorney general.

Trump’s generous contribution to the Bondi’s “And Justice For All” political action committee coincided with her office’s review of allegations of marketing fraud against Trump University. Bondi’s office ultimately opted not to pursue a criminal investigation into the now-defunct seminar series, leading to accusations of an arrangement that constituted a “quid pro quo” deal.

Bondi said she was not aware of the complaints against Trump University at the time she received the contribution and maintained that the money played no role in her office’s decision not to pursue the complaints. From the New York Times on the timing of the Trump contribution:

But documents obtained this week by The New York Times, including a copy of Mr. Trump’s check, at least partly undercut that timeline. Although the check was received by Ms. Bondi’s committee four days after the Sentinel report, and was recorded as such in her financial disclosure filings, it was actually dated and signed by Mr. Trump four days before the article appeared.

The check’s date does not categorically demonstrate that Mr. Trump was not seeking to influence Ms. Bondi, a fellow Republican. Even as he has denied trying to do so in this instance, he has boasted brazenly and repeatedly during his presidential campaign that he has made copious campaign contributions over the past two decades, including to Hillary Clinton and other Democrats, in order to buy access and consideration for his business dealings.