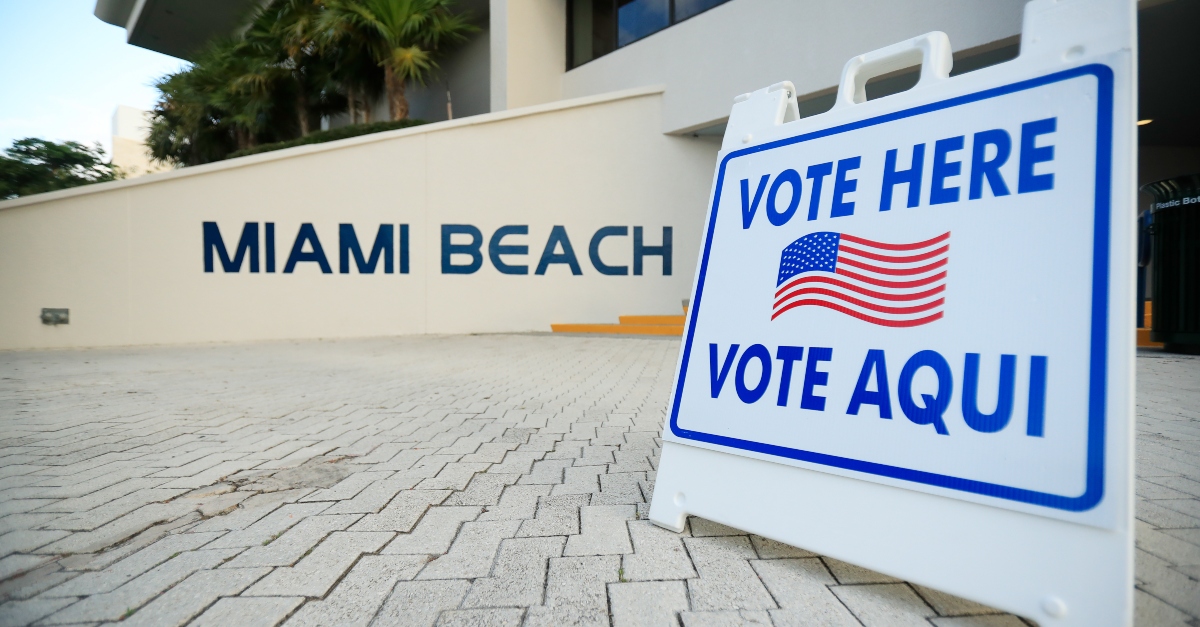 Getty Images: “A sign directs voters to a polling location during the Florida presidential primary on March 17, 2020 at Miami Beach City Hall in Miami Beach, Florida.”

“Whatever might be said of a rationally constructed system, this one falls short in substantial respects,” wrote U.S. District Judge Robert L. Hinkle in a 125-page opinion.

A majority of Florida voters supported Amendment 4 in the 2018 midterm elections—which gave most felons their voting rights back after they served their time. The exceptions were for murder and a felony sexual crime. The GOP-led legislatures and Gov. Ron DeSantis (R) passed a law prohibiting former felony defendants from voting if they couldn’t pay their fines or fees.

“The State of Florida has adopted a system under which nearly a million otherwise-eligible citizens will be allowed to vote only if they pay an amount of money,” the Hinkle wrote. “Most of the citizens lack the financial resources to make the required payment. Many do not know, and some will not be able to find out, how much they must pay. For most, the required payment will consist only of charges the State imposed to fund government operations—taxes in substance though not in name.”

As part of the ruling, the judge issued an injunction.

The law was previously enjoined, but only for the 17 named plaintiffs.