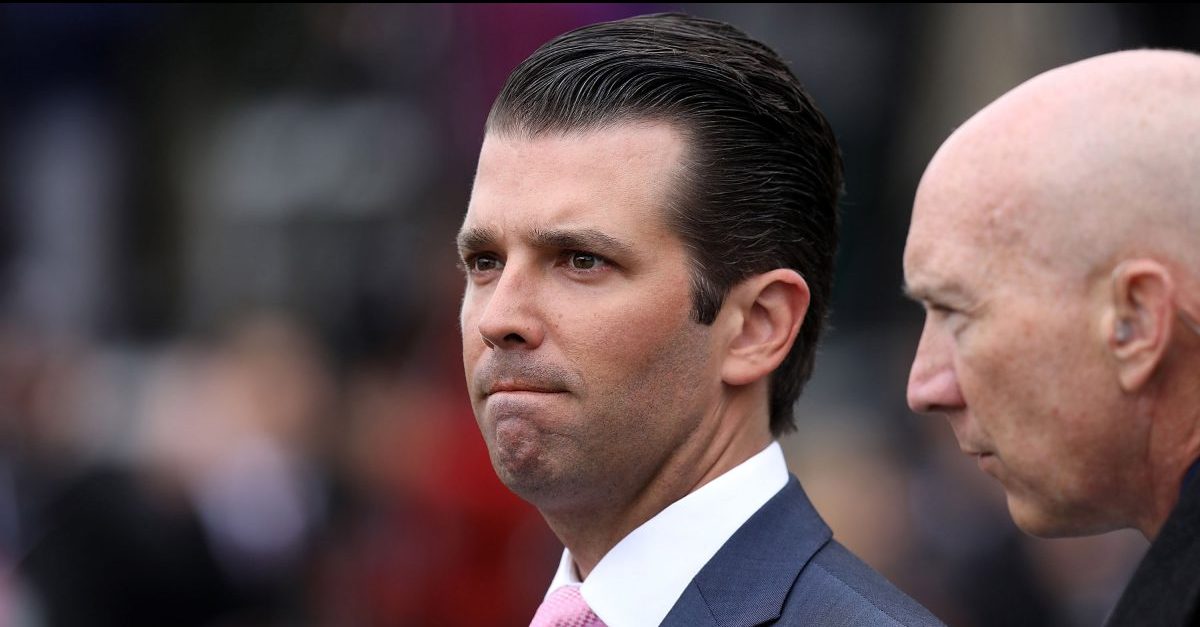 The Federal Bureau of Investigation (FBI) has received wiretaps obtained by Spanish police which implicate Donald Trump Jr. in a plot to meet with Alexander Torshin, a high-ranking official of Russia’s Central Bank, according to a federal prosecutor in Spain. And, the prosecutor notes, those wiretaps don’t bode well for the president’s son.

The above information was originally reported in May of this year but is receiving revived interest across social media because Torshin is said to have been the handler of alleged Russian agent Mariia “Maria” Butina. Butina was recently arrested on charges of attempting to influence U.S. politics and policy on the Kremlin’s behalf.

This Torshin-Trump meeting is alleged to have occurred at and during the National Rifle Association’s annual convention in Louisville, Kentucky in May of 2016.

On one such recording, Romanov apparently refers to Torshin as “El Padrino,” or the godfather.

In a statement provided to Yahoo News in May, Grinda noted:

Just a few months ago, the wiretaps of these telephone conversations were given to the FBI. Mr. Trump’s son should be concerned.

Grinda’s comments appear to signal that the FBI is investigating Torshin–likely as part of special counsel Robert Mueller‘s probe into Russian electoral interference during the 2016 U.S. general election.

Torshin is considered a political ally of Russian President Vladimir Putin. During the 2016 election, Torshin made numerous contacts with conservative activists and even sought to arrange a meeting between Putin and then-candidate Donald Trump. This meeting, of course, never occurred. As noted, Torshin himself did meet with the president’s eldest son during the NRA’s May 2016 convention.

According to Grinda, the FBI did not outline its reasons for requesting the surveillance transcripts. He said, “I don’t have to ask them why they want this information.” Grinda did note, however, that if the U.S. attempts to use the material in a court case against anyone, a more formalized–and more detailed–request will have to be made to the Spanish government.

Torshin has been wanted in Spain since 2013 at least, when the Guardia Civil attempted to arrest him as he had planned to travel to the Spanish island of Mallorca for Romanov’s birthday party. Prosecutors, led by Grinda, wanted to arrest Torshin over allegations of organized crime and money laundering.

During their investigation, the Guardia Civil wiretapped Romanov’s phone and reportedly obtained 33 conversations with Torshin–including the one allegedly implicating Donald Trump Jr. Ultimately, however, Torshin never showed up to the party. Spanish authorities believe he was tipped off by Russian intelligence.

Editor’s note: this story has been amended to clarify both Alexander Torshin’s alleged working relationship with Mariia Butina and the relevance of this news from May in light of recent events.