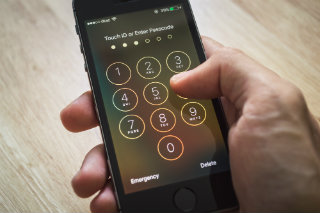 It looks like we may get a second act to one of the biggest news stories of 2016. Several months after the FBI paid professional hackers a low seven figure sum to break into the iPhone of San Bernardino terrorist attack shooter Syed Rizwan Farook, Wired reports that the Bureau has run into the same problem again. On Thursday in St. Cloud, Minnesota, the FBI held a press conference to reveal that the iPhone of Dahir Adan, the man who stabbed 10 people in a local mall before being killed by police, was in their possession…and locked by a passcode. It has not been revealed which iPhone model Adan owned and what operating system version it was running, as both can impact how much the phone’s contents are protected.

“Dahir Adan’s iPhone is locked,” Special Agent Rich Thornton said at the press conference. “We are in the process of assessing our legal and technical options to gain access to this device and the data it may contain.” In the case of the phone that was recovered from Farook after the  shooting in San Bernardino, it was secured with a lock screen code, and Apple rejected the FBI’s attempts to get them to help, both informally and via the court system. What the FBI wanted to do was a computer “brute force” its way in with software that tries different passwords. The iPhone’s security features, which can erase the phone after a specified number of unsuccessful attempts, prevented them from doing so.

The FBI wanted Apple to write custom software to load onto the phone, but Apple refused, fearing the damage it could do if it got into the wrong hands. The media war between the two sides was heated and confusing enough that it led to Apple CEO Tim Cook releasing an open letter about privacy to customers, explaining the situation in detail as plainly as he could. In the end, it didn’t matter, as the FBI found an outside company willing and able to break in…for a price. It’s not known how many iPhones would be vulnerable to the flaw that let the FBI in, as it hasn’t been disclosed to Apple or outside security experts.