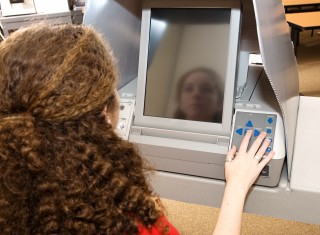 The FBI is sending out a warning that two local state election boards were breached by foreign hackers.  This comes amid increasing concerns from Donald Trump supporters about the possibility of a “rigged” election. Several news outlets are reporting that the hacking occurred in Arizona and Illinois.

In a bulletin the FBI wrote:

According to investigative reporter Michael Isikoff from Yahoo News, the breach in Illinois forced the state to shut down the voter registration system for ten days after hackers got about 200,000 voters’ personal information. The Arizona attack involved malicious software that also targeted the voter registration system. A state official said the hackers were not successful in obtaining the data.

“We need to have paper based voting with meaningful post election audits that are software independent,” filmmaker Jason Smith recently told LawNewz.com. Smith produced the new documentary I Voted? To read more about the country’s vulnerability to election hacks, read our previous in-deth piece on this subject. The FBI has recommended that state election boards conduct vulnerability scans, and adhere to a list of technical requirements to ensure security.

If LawNewz.com receives more information about this breach, we will update accordingly.