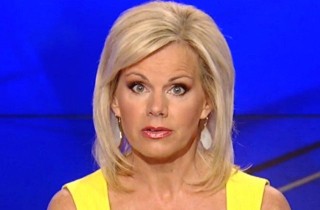 An internal memo, obtained exclusively by LawNewz.com, could become a sticking point in a lawsuit filed by former Fox News anchor Gretchen Carlson against Fox Chairman and CEO Roger Ailes. In her lawsuit, Carlson’s most damning claim is that during a September 2015 meeting in Ailes’ office, he stated to her: “I think you and I should have had a sexual relationship a long time ago and then you’d be good and better and I’d be good and better.” She then claims that following the meeting, in retaliation for her opposition to his advances, he denied her opportunities including “severely curtailing her appearances as a guest commentator on prime time shows” and “blocking her from appearing as a substitute host on prime time or daytime panel shows.” However, a memo, provided to us by Fox News, paints a different picture. Just days after the September 16, 2015 meeting, Ailes apparently told Bill Shine, the head of programming, to give it “another chance.” Ailes even suggested that he would be open to putting Carlson back on her time slot with primetime host Bill O’Reilly.

Here is the memo:

In the memo, Ailes also pushes for Carlson to appear on Fox & Friends for a promo segment and to promote her on Fox radio. The memo seems to have been prompted by a “Thank You” letter that Carlson apparently wrote following the September 16, 2015 office meeting.

“Thanks for meeting with me last week. I’m happy my show continues to do well and that you are open to help me like a show like ‘Outnumbered’ with promotion and media PR to really see what I can do,” she wrote. Here is her full letter below:

Ailes’ defense team will likely use this memo as evidence that he didn’t try to sabotage her career following their September meeting. It is not clear what evidence that Carlson has or if she maintains a recording of what Ailes said to her. However, Carlson’s lawyer told Politico that they are “very confident” in their evidence.

Following the lawsuit, Ailes has vigorously denied Carlson’s claims that he sexually harassed her — saying they are “offensive, wholly without merit.” Carlson has stuck by her allegations, and her attorneys claim more women have come forward with similar claims.