Erick Erickson Erupts Over Christine Ford Allegation: ‘They Are Interested in Killing Babies’ 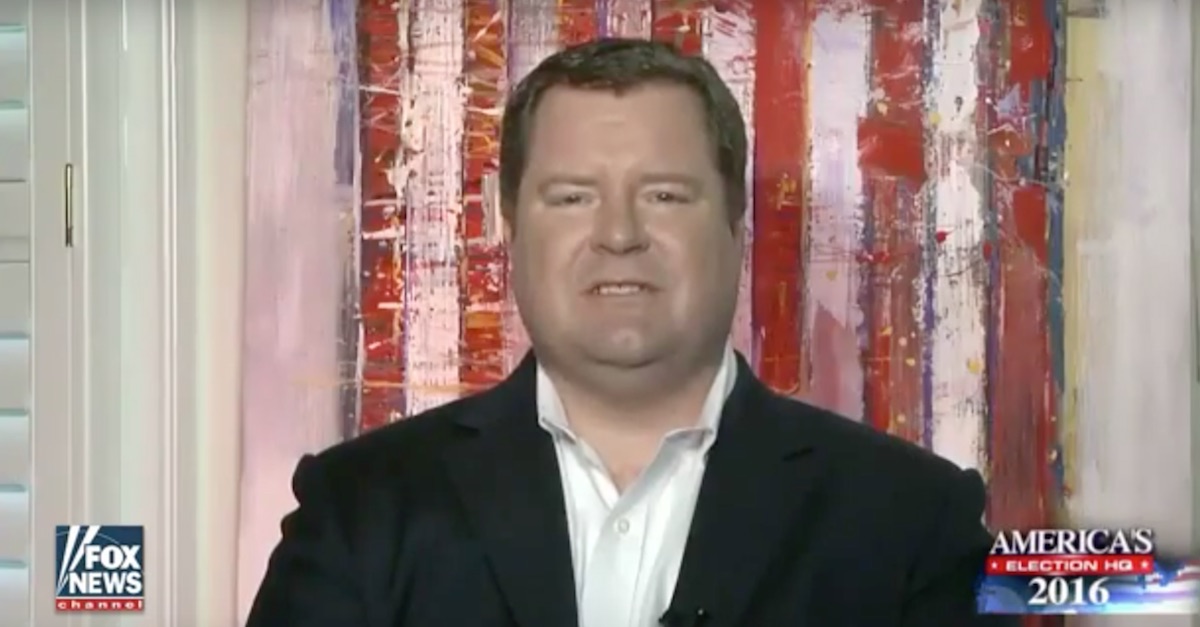 Conservative commentator Erick Erickson has an idea about what is really motivating Democrats who are supporting college professor Christine Blasey Ford‘s allegation that Brett Kavanaugh tried to sexually assault her in the 80s. He also adds a thought on what’s really motivating people to believe Ford.

People who say Kavanaugh should step aside because of a single accusation from 35 years ago in high school are not interested in truth or justice. They are interested in killing babies and don’t want anyone to even just potentially stand in their way.

“People who say Kavanaugh should step aside because of a single accusation from 35 years ago in high school are not interested in truth or justice,” Erickson tweeted on Monday. “They are interested in killing babies and don’t want anyone to even just potentially stand in their way.”

“This entire thing is about the right to kill kids, not about the veracity of the accusation,” he said. “The glee you are seeing from the left and a lot of left leaning ‘reporters’ pushing the ‘credibly accused’ line stems from a world view that can look at the picture above and see a clump of cells worth ripping apart in the name of convenience.”

Erickson said that the left would do anything to “keep destroying children,” even if that means “us[ing] a 35 year old uncorroborated, single sourced, 35 year old claim of a woman who first made the accusation in 2012 after Kavanaugh’s name had circulated in the press as a possible Supreme Court pick for Romney in order to protect the right to kill girls in utero.”

“Just remember that. This entire thing is about the right to kill kids, not about the veracity of the accusation,” he concluded.

Erickson was not the only conservative on Twitter slamming Ford.

Reviews by Christine Ford’s own students over the years are worth reading. She’s widely panned. Take a look: https://t.co/kLCURzATZS

Because “he broke me” was taken… https://t.co/0Q7dHEWiwA

Why didn’t this woman mention this ever before in 35 years? Why the week of the confirmation vote?

Both Kavanaugh and Ford say they are willing to testify before the Senate Judiciary Committee. Democrats are pushing for a delay on a Kavanaugh vote.

Kavanaugh has denied the allegation that he trapped Ford in a room, forced her onto a bed, groped her, and tried to remove her clothing.

“This is a completely false allegation,” he said on Monday. “I have never done anything like what the accuser describes—to her or to anyone.”

“I am willing to talk to the Senate Judiciary Commitee in any way the Committee deems appropriate to refute this false allegation, from 36 years ago, and defend my integrity,” he added.