‘The Younger the Better’: Evidence Unsealed in Case of Pro-Trump Lawmaker Who Searched Craigslist for ‘A Boy’ 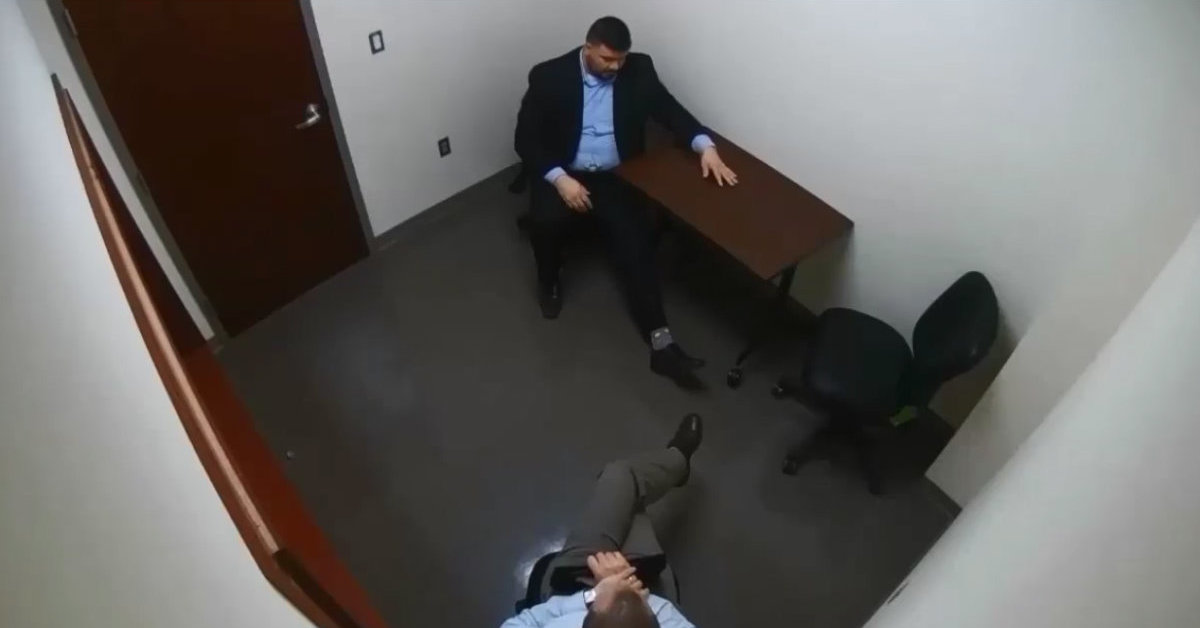 One-time Oklahoma Republican state Senator Ralph Shortey was sentenced to 15 years in prison on Monday over charges of sex trafficking after being caught in a hotel room with a 17-year-old boy.

Some of the evidentiary records in Shortey’s case were recently unsealed by a federal court and have now been published, in limited form, by Oklahoma City’s News9.

Many of the details in Shortey’s case are particularly lurid.

Prosecutors said the former state senator posted some 14 Craigslist ads, mostly in search of young boys, but with one such ad offering up a younger man for group sex–and seeking participants. Shortey also exchanged nude images with at least one 17-year-old and used multiple fake names in furtherance of his surreptitious and sometimes illegal sexual habits.

One such ad reads, in part:

Hey there guys. I’m 34 professional married guy looking for a boy. I’m kinda a daddy type and would love to have a boy to play with or take care of a little on the side. This could also be a bromance if that’s more your flavor. Looking for younger the better (legal) white or mixed…athletic…If you’re interested in my wife joining in the future that’s a possibility also. 420 friendly. Let’s chat guys!

Other unsealed evidence in the case includes photos of the motel room in which Shortey and the 17-year-old were discovered. Those images show stains on a messy bed but the 17-year-old told investigators he didn’t believe those stains were from his time spent with Shortey.

Shortey was arrested on March 9, 2017 at a Super 8 Motel in Moore, Oklahoma. Body camera footage captured by the Moore Police Department showed the then-senator wearing a t-shirt with a picture of a sandwich on it. That shirt read: “Now make me a sandwich,” as well as an infamous bible verse about how women should submit to their husbands.

In the video, a Moore police officer presses Shortey about what he’s doing in the motel room with the teenager. Shortey attempts to laugh it off and says, “Trying to have a good time.” At one point in the video, Shortey says, “I’m sorry, you guys are just freaking me out a little bit.” To which the officer replies, “Yeah, that’s kind of what we do.”

During the arrest, the officers involved didn’t appear to understand that Shortey was a state senator–and did not initially believe him when he gave his name. For his part, Shortey told police that he “didn’t know,” the boy he was with was under the age of 18.

As noted by the Associated Press at the time of his arrest, Shortey’s work as a Republican state senator in Oklahoma was distinguished by his fierce opposition to “gay and transgender people.” Notably, Shortey’s political stances led him to support a 2017 measure which allowed business owners in the Sooner State to legally discriminate against LGBTQ individuals.

In 2016, Shortey served as the chair for Donald Trump’s presidential campaign in Oklahoma. In a 2015 Facebook post, he wrote, “I am proud and honored to have been tapped as Chairman of the campaign for Oklahoma.” When announcing candidate Trump at the Oklahoma State Fair, Shortey said, “We are very excited for the opportunity to have Mr. Trump here.”

Shortey was sentenced early Monday afternoon. After serving 15 years in federal prison, he’ll be subject to 10 years of supervised release. Investigators had requested a sentence of 24-30 years.

Editor’s note: this article has been amended post-publication after Shortey was sentenced and for clarity and accuracy.