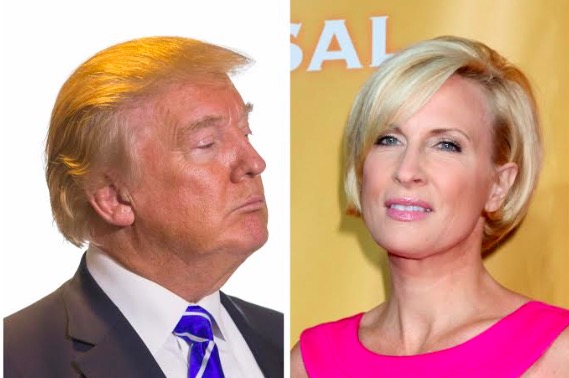 A few liberals recommend use of the succession clause and the Twenty Fifth Amendment to effectuate a coup against the elected President Trump, citing his recent tweets as the supposed cause. A textual recollection of the Constitution, a deferential respect of the rule of law, and a due regard for democratic institutions, including legislative history and public assent, require a rejection of the new Constitutional coup theory of the anti-Trump legal derelicts.

The “judges” in a succession clause comprise the Vice-President, the Cabinet, and the Congress, all three of which must concur an objecting President is disabled from the discharge of his office. A finding of “Presidential disability” requires the assent of the Vice-President, a majority of the Cabinet, and two-thirds of Congress, whenever the President himself contests such a claim. The question of judicial review of such action remains uncertain, though the general doctrine of a “political question” likely removes them from any adjudicatory role. As the authorizing Senators themselves acknowledged, removal by claim of disability under the 25th Amendment is neither permanent, nor final; it can be reversed at any time during the tenure of elected office by appeal from the President.

As legal scholars of the history of the succession clause and the 25th Amendment confirm, the “inability to discharge” involuntary removal of the President can only be where “the President is totally unable to decide rationally” or “unable physically to communicate.” As the Senate agreed at the time of the passage of the amendment, the language of “inability” meant “unable to make or communicate his decisions”  with such manifest “mental debility” that a finding is made the President is “unable or unwilling to make any rational decision.” As the leading legal scholastic analysis concludes: “the legislative record reveals that only severe disabilities — whether physical, mental or result of capture — that render the President totally unable to communicate a rational decision” constitute grounds for involuntary removal under the 25th Amendment.  This “restricted” its application to cases of “severe inability” analogous to incapacity in the law to act. Senator Kennedy himself called it the “total inability to act.”

Before Trump, when liberals expressed interest in protecting democratic institutions, It was liberals like Henry Gonzalez who long warned against the misapplication of the amendment to effectuate a de facto coup of an elected President. A wide range of legal scholars from all political stripes condemned the potential misuse of the amendment that some liberal lawyers now invite. The fact “democracy” supporting liberals now race to embrace this misuse of the Amendment further reveals the devolution of the legal mind under the liberal obsession with Trump, the same abandonment of legal principle and constitutional precedent that led to the easily overturned travel ban decisions in the lower federal courts, the judicial rejection of both the electoral college and recount suits, and the defunct-to-date emolument claims. Increasingly, anti-Trump lawyers only view the law as a tool to achieve the removal of Trump or to the detriment of Trump, no matter the costly price to public respect for the rule of law or due regard for the democratic restraints of the Constitution.