Cosby Wants Refund from Alleged Victim Because of the Criminal Charges 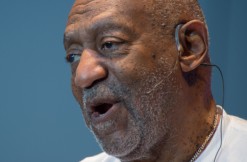 Details were initially murky on Bill Cosby’s breach-of-contract lawsuit against Andrea Constand, his alleged victim of sexual assault, but now we know. He wants a refund on their confidential 2006 civil suit settlement because Constand participated in the 2015 criminal investigation against Cosby in Pennsylvania.

“Andrea and [her mother] Gianna Constand, both citizens of Canada who are outside the jurisdictional reach of the Montgomery County, Pennsylvania, District Attorney, voluntarily participated in a 2015 re-investigation of Andrea Constand’s allegations against Mr. Cosby,” states the lawsuit filed Feb.1, but initially sealed by a judge. Cosby claims they were voluntarily interviewed by DA Kevin Steele, even though the terms of the settlement agreement apparently “prohibited such conduct.”

Constand’s mother, her lawyers, and the company that owns the National Enquirer were also defendants in the suit.

Constand, 42, says Cosby sexually assaulted her in 2004 at his Pennsylvania home, plying her with alcohol and drugs that he called “herbal.” Constand’s mother encouraged her to tell authorities, and she did. The then-District Attorney declined to bring charges against the now 78-year-old comedian, but Constand pursued a civil suit which was settled in 2006. (That’s the old suit being referenced in this new one, if you couldn’t gather.)

Cosby was charged for aggravated indecent assault in December over the 2004 incident. He faces 10-years in prison if convicted. That case will likely go to trial, after a judge denied Cosby’s attempt to dismiss the case.