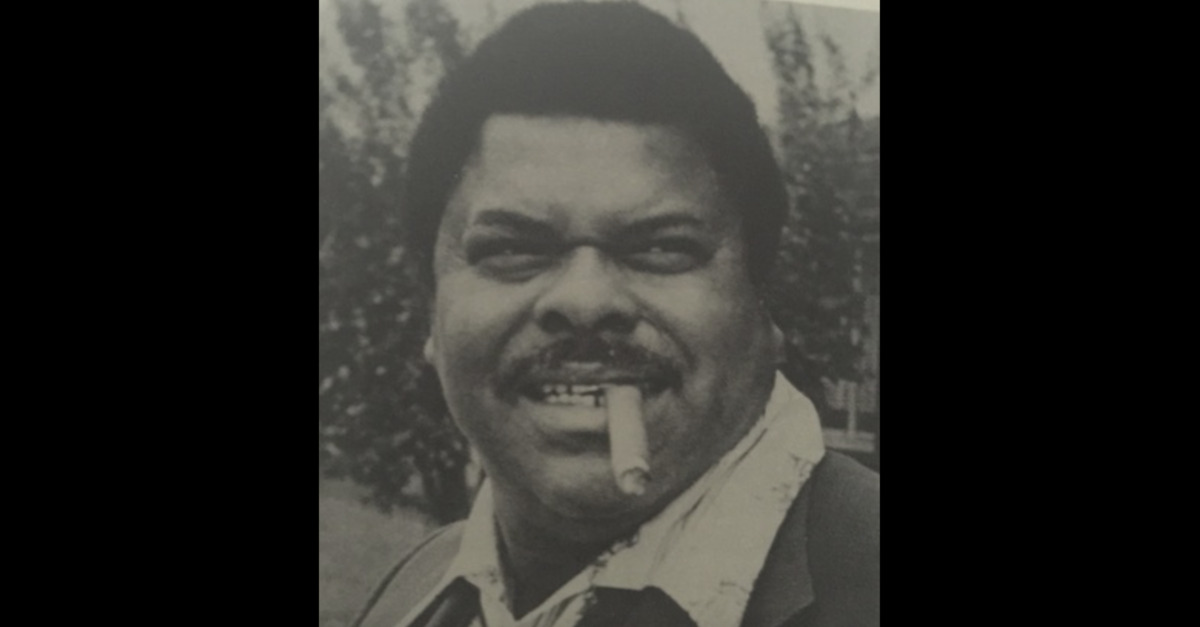 Sam Pettyjohn died in a hail of gunfire on Feb. 1, 1979. The Black businessman was inside his own beer store at the time. He was discovered with his cigar still burning in one hand and his own pistol near the other. While the perpetrator eluded law enforcement for over four decades, authorities now believe they’ve found the assassin out.

According to the Hamilton County Cold Case Unit, Pettyjohn was taken out by a contract killer with ties to the administration of corrupt, onetime Tennessee governor Ray Blanton, a Democrat.

Chattanooga District Attorney Neal Pinkston made the announcement on Tuesday, according to local ABC affiliate WTVC.

The findings have been presented to a grand jury and, if the alleged perpetrator was still alive, he’d be indicted for Pettyjohn’s murder.

Pinkston and the investigative unit say the man responsible is one William Edward Alley, who the DA called a “notorious bank robber.” He died in federal custody in 2005.

According to Pinkston, Alley’s criminal associates provided federal agents, some of them retired, with information that ultimately allowed authorities to close the case file on Pettyjohn’s mysterious death.

Found at the scene of the crime was a .38 revolver “inches away from” the dead man’s right hand, according to the DA’s office.

Suicide was never a consideration. Pettyjohn had been shot once in the chest and three times in the head by a .45 pistol.

“Investigators believe the killer shot Pettyjohn in the chest, then stood over him and fired three shots to the head,” the DA’s online cold case file for public consumption notes. “After the murder, witnesses saw a tall black man walk calmly out of the store, put the gun inside his overcoat and then disappear around the corner of the building.”

Investigators now believe that Pettyjohn’s death was a result of his connections to the scandal that eventually took Blanton down.

The month before the slaying, the governor was given the boot for allegedly selling pardons and was later convicted on federal mail fraud charges–ultimately spending 22 months in prison.

The parolees-for-cash scandal, however, is believed to have somehow implicated Pettyjohn as well. The beer store owner was reportedly privy to several key details and was cooperating with federal agents–and at federal grand jury–at the time he was gunned down.

“Essentially, Mr. Pettyjjohn cooperated with authorities and knew too much about what was going on locally, as well as at the state level, and individuals didn’t like that,” Pinkston said during a press conference on Tuesday morning. “So, an individual was hired to murder him. And now here we are, some 42 years later.”

Asked by a reporter how sure investigators were that Blanton’s administration was related to Pettyjohn being killed, the DA replied that he was “very sure.”

“Proof positive,” Pinkston said. “We made that presentation to the grand jury and they found the same. And the individual that indicated that information about the connection to the Blanton administration was correct and accurate to all the details that were given.”

Part of the contract killing fee, the DA later noted, was directly provided by the Blanton administration to a “third party” but did not go directly through the governor’s office.

“It is a curse and a blessing to grow up in a family that is connected to crime,” Saadiq Pettyjohn, the murdered man’s son, said at the press conference with his family at his side. “When that person dies, you can either go that route, or you can go a different route, and all of us chose to go a better route with education and try to do better in our lives.”