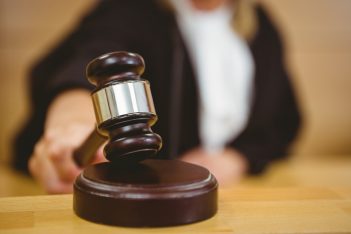 A federal lawsuit was filed on Tuesday in Colorado by two of the state’s presidential electors that seeks to challenge a state law requiring them to cast votes at the Electoral College for the winner of statewide presidential election popular vote.

This is the latest effort of electors attempting to use their Electoral College votes to prevent Donald Trump from reaching the White House.

The lawsuit was filed on behalf of two Democratic electors from Colorado, Polly Baca and Robert Nemanich.    The court filings, obtained by LawNewz.com, include both a complaint and request for temporary restraining order (TRO).

The complaint asks a federal judge to declare the state law unconstitutional that requires them to vote for Hillary Clinton (the popular vote winner in the state) at the Electoral College.

“Though Hillary Clinton and Timothy Kaine won the majority vote in Colorado and are qualified for office, plaintiffs cannot be constitutionally compelled to vote for them,” the complaint states. “Plaintiffs are entitled to exercise their judgment and free will to vote for whomever they believe to be the most qualified and fit for the offices of president and vice president, whether those candidates are Democrats, Republicans or from a third-party.”

Meanwhile, the TRO asks a federal judge to block the Colorado Secretary of State from removing them as electors to prevent them from making good on their threats to not cast their Electoral College votes for Clinton as part of plan to join with other “Moral Electors” who want to stop Trump.

“Plaintiffs have asked the Secretary of State if they can vote their conscience, and the Secretary has, in essence, said no because if they do they will be removed as electors and replaced, the TRO states. “Thus, Plaintiffs are forced to bring this legal action and seek this injunction to protect their rights, the Constitution, and the Republic.”

Colorado Secretary of State Wayne Williams issued his initial response to claims made in the lawsuit through the Denver Post newspaper.

“Instead of honoring the will of the Coloradans who voted for them, these two faithless electors seek to conspire with electors from other states to elect a president who did not receive a single vote in November,” Williams told the newspaper.

He is seemingly referring to the effort by some Democratic bound electors to persuade Republican electors to cast Electoral College votes for Ohio Gov. John Kasich.

The CO secretary of state then doubled down on his point, leaving no doubt as to what he thought of those behind this lawsuit.

“Make no mistake, this is not some noble effort to fight some unjust or unconstitutional law; rather, this is an arrogant attempt by two faithless electors to elevate their personal desires over the entire will of the people of Colorado. . . .  It is this type of evil that President Franklin Roosevelt warned us about when he cautioned that voters — not elected officials such as these faithless electors – are ‘the ultimate rulers of our democracy.’”