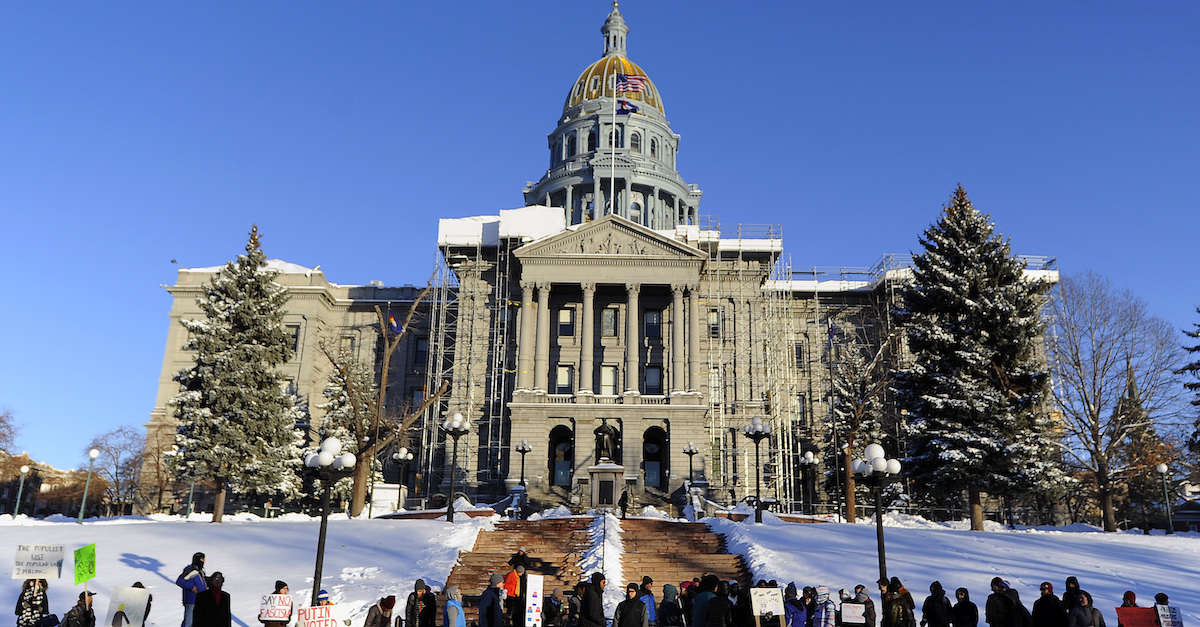 Call it Rocky Mountain High Stakes Gambling? A bill that would award Colorado’s nine Electoral College votes to the winner of the national popular vote during the 2020 election has passed both statehouses and is on its way to being signed by Democratic Governor Jared Polis.

According to local ABC affiliate Denver 7, SB19-042 passed the Colorado House of Representatives by 34-29 after making its way through the Colorado Senate on a Democratic Party line vote. Six Democrats bucked their party and defected against the measure during the House vote. No Republicans supported the legislation in either chamber.

Once Polis signs the measure, Colorado would join the ranks of 11 additional states and the District of Columbia as part of the National Popular Vote Interstate Compact. The compact is an agreement between the states parties to award their Electoral College votes to the presidential candidate who obtains the largest national vote total across all 50 states and D.C.

According to a legislative summary on the Colorado General Assembly’s website, the bill “requires the presidential elector certifying official of each member state to certify the appointment in that official’s own state of the elector slate nominated in that state in association with the national popular vote winner.”

The Colorado bill also contains a deadline for the Rocky Mountain State’s own admission to the compact–the remaining Electoral College votes needed to set the compact into motion would have to be obtained by July 20, 2020.

Supporters argue the bill would end the bi-partisan stalemate that’s resulted in the same 12 or so swing states being given out-sized amounts of attention during presidential campaigns.

“The other 38 states are completely ignored by presidential campaigns,” Colorado Senate sponsor Mike Foote told Denver 7. “Our president should be elected because the president appeals to the majority of the voters here in the United States. Not just the majority of voters in the 12 battle ground states.”

The swing state–or battleground state–focus has engendered the idea that most votes simply don’t matter, supporters contend. And they say the move toward a popular vote would renew interest in the democratic process.

“This bill has the potential to help Americans believe that their vote matters whether you’re a rural, urban or suburban voter – through this bill every vote counts equally,” State Rep. Emily Sirota, who is one of the bill’s co-sponsors, told Denver 7. “Coloradans shouldn’t allow a few battleground states like Florida or Ohio to be the deciders for our entire country when electing the next President of the United States.”

Monument, Colorado Mayor Don Wilson criticized the effort as diluting Colorado’s importance in the presidential election. Colorado is generally considered a swing state though it has steadily trended toward the Democratic Party in recent cycles.

“This push to give Colorado’s votes for President to California and New York is harmful and undermines Colorado voters,” Wilson said.

Withdrawal from the agreement is permitted up to six months before a president or vice president “has been qualified to serve the next term.”