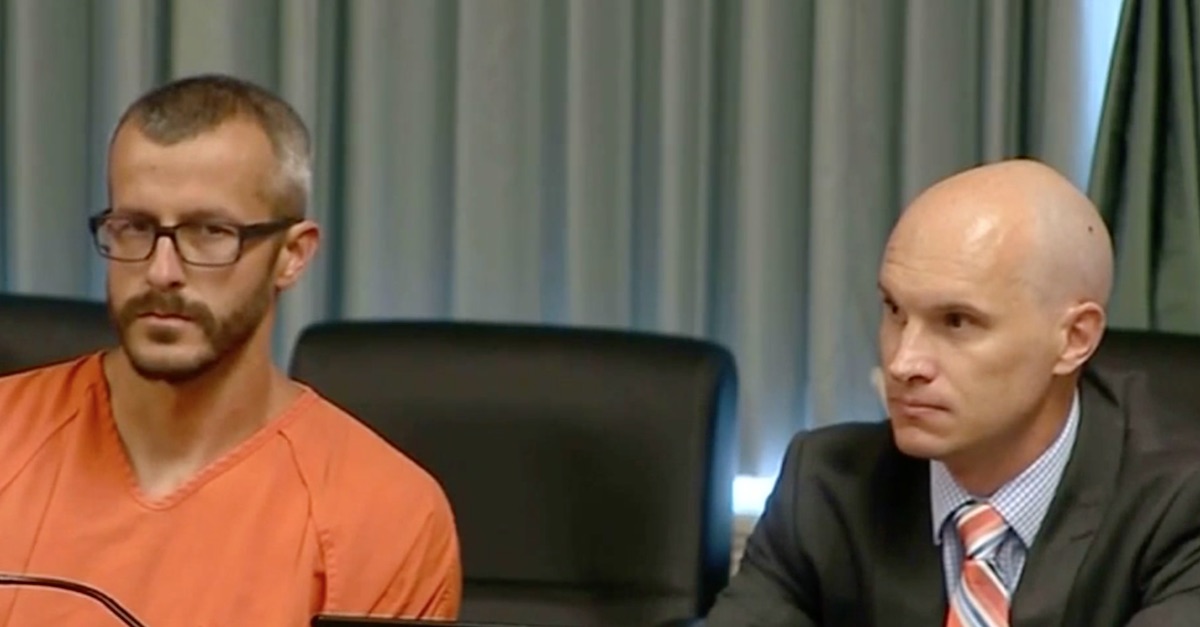 Chris Watts, the Colorado man accused of killing his pregnant wife Shanann and their two young children Bella and Celeste, has attempted through his defense attorney to frustrate the prosecution.

Watts, still behind bars in Weld County and waiting on a Nov. 19 status conference, has accused the Weld County District Attorney’s Office and Colorado police officers of leaking information to the media, Denver7 reported.

Watts and his public defender motioned for a special commission to investigate this. The prosecution has responded, calling this a request for a “massive investigation of law enforcement personnel” offered without “any legal support” by the defendant.

“Defendant fails to offer any legal support for the extraordinary premise that the judicial branch possesses inherent authority to order the executive branch to engage in the massive investigation of law enforcement personnel,” District Attorney Michael J. Rourke said.

The prosecution noted that on August 29 Watts complained about “several news articles” that identified sources in these ways: “source close to the investigation,” “several high-ranking sources,” “a law enforcement source.”

Authorities said there was “no evidence any lawyer or other employee of the District Attorney’s Office has violated any rule of professional conduct or corresponding order of this Court.”

Prosecutors turned it around on Watts, pointing out that much of the most shocking details about the case, including how Watts’s children were killed, could be found in a defense filing.

“It was this defense exhibit that alerted the press to the fact that the children were likely killed by strangulation, that defendant was alleging that Shanann Watts was the parent responsible for their death, and that the bodies of the children had been recovered from an oil tank,” the filing said.

“Despite the reality that as employees of the Office of the Public Defender defense counsel are as much agents of ‘the government’ as the police and prosecution, the People presume for purposes of responding to this motion Defendant is requesting the Court order sworn law enforcement personnel spend the hundreds of hours it would likely take to conduct such an investigation, not his own publicly funded investigators,” a footnote reads.

We still don’t know at this time what information the defense is focused on. While authorities say they are “concerned that media outlets have allegedly obtained information from sources within law enforcement,” they are not about to pretend the First Amendment doesn’t exist and lock up journalists who won’t out sources.

Furthermore, they scoffed at the notion that the investigation the defense is calling for could be staffed or funded.

“[It] would be an unjustified use of limited governmental resources,” the filing concluded.