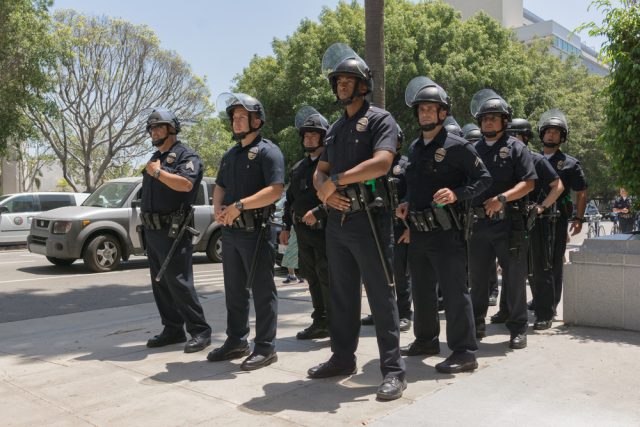 The Los Angeles Police Commission, the civilian bosses of the LAPD, are expected to approve a new policy on Tuesday that will implement major changes to the department’s use of force policy, in an effort to curb officer shootings. The commissioners will be allowed to look back and determine whether less than lethal options should have been used.

According to the Los Angeles Times, the new policy will “require officers to try, whenever possible, to defuse tense encounters before using deadly force — a decades-old concept known as ‘de-escalation.'”

It will also allow the commission to judge an officer involved in a shooting on whether they could have resolved the encounter without resorting to deadly force. In fact, that will become a specific focus of any officer involved shooting.

According to newspaper stats, the LAPD is involved in between 30-50 officer involved killings each year, which they note is an incredibly small number given the millions of interactions police have with citizens each day in the second-most populous city in the nation.

The move comes at a time when activist groups like Black Lives Matter and similar organizations have tried to bring attention to police shootings and use of force in general, often complaining investigations go too easy on the cops.

That has caused some police unions, like the Los Angeles Police Protective League, which represents nearly 10,000 LAPD cops, to claim this move by commissioners is the result of political pressure and will put officers at risk.  They further claim it will result in a feeling of being second-guessed in life and death scenarios.

“These officers, a lot of them are shutting down because their career might be in danger. They might lose their house, their family, their kids because they make one bad move,” Craig Lally, the union’s president, told the The Times. “If you make a mistake, you’re going to … go through hell for it.”

LawNewz reached out to the Protective League union for further comment and will update this story when we receive a response.