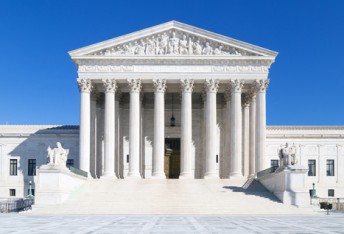 The Supreme Court on Monday unanimously rejected a Texas conservative groups’ challenge to the longstanding practice of local and state governments using total population as the basis for drawing legislatives districts.

The Texas conservative group filed a challenge after the 2010 census redistricting, essentially arguing that the apportionment based on total population method — as is the norm across the United States — dilutes their votes in relation to voters in other districts, in violation of the one-person, one-vote principal of the Equal Protection Clause.  The conservative group’s challenge argued for new district maps to be drawn based on eligible voter population.

According to Reuters, critics of the “eligible voter population” based electoral district model say the longstanding policy of counting all residents of a district, as opposed to just eligible voters, boosts the electoral influence of typically urban locales, with significant populations of people ineligible to vote.

Justice Ruth Bader Ginsberg wrote the unanimous 8-0 opinion for the Court, which held, in part:

Settled practice confirms what constitutional history and priordecisions strongly suggest. Adopting voter-eligible apportionment as constitutional command would upset a well-functioning approach to districting that all 50 States and countless local jurisdictions have long followed. As the Framers of the Constitution and the Fourteenth Amendment comprehended, representatives serve all residents, not just those eligible to vote. Nonvoters have an important stake in many policy debates and in receiving constituent services. By ensuring that each representative is subject to requests and suggestions from the same number of constituents, total-population apportionment promotes equitable and effective representation.