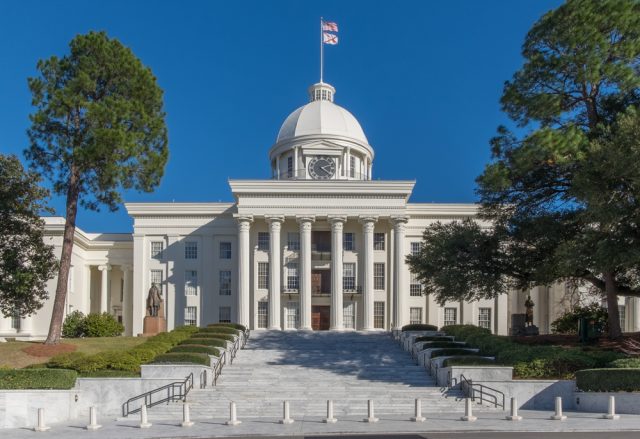 Alabama Governor Kay Ivey signed a bill on Wednesday that would allow adoption agencies in the state to turn away gay couples who want to adopt a child. The law purports to support religious freedom by not forcing faith-based organizations to potentially close down or face penalties as a result of acting in accordance with religious beliefs. Like many religious freedom bills that have been passed in various states, House Bill 24‘s language frames the issue as preventing discrimination against religious people or institutions.

“This bill would prohibit the state from discriminating against child placing agencies on the basis that the provider declines to provide a child placement that conflicts with the religious beliefs of the provider,” the text of the bill says.

“The bill is not to discriminate against anyone,” Rep. Rich Wingo, who sponsored the bill, said to AL.com. “Nowhere in the bill does it say anything like that or lead you to believe that.”

While the bill does not specifically refer to members of the LGBT community, opponents feel its intentions are clear.

“We are disappointed that one of the very first pieces of legislation Governor Kay Ivey chose to sign is a bill intended to target LGBT kids and stigmatize LGBT families,” said David Dinielli, deputy legal director for the Southern Poverty Law Center. “If the Governor had hoped to signal a new day in Alabama government, this was the wrong way to do it.”

Rep. Patricia Todd, who is gay, said, “This bill obviously came about because same-sex marriage was approved,” adding, “It’s based in a stereotype. And it’s wrong.”

Governor Ivey said in a statement, “I ultimately signed House Bill 24 because it ensures hundreds of children can continue to find ‘forever homes’ through religiously-affiliated adoption agencies. This bill is not about discrimination, but instead protects the ability of religious agencies to place vulnerable children in a permanent home.”