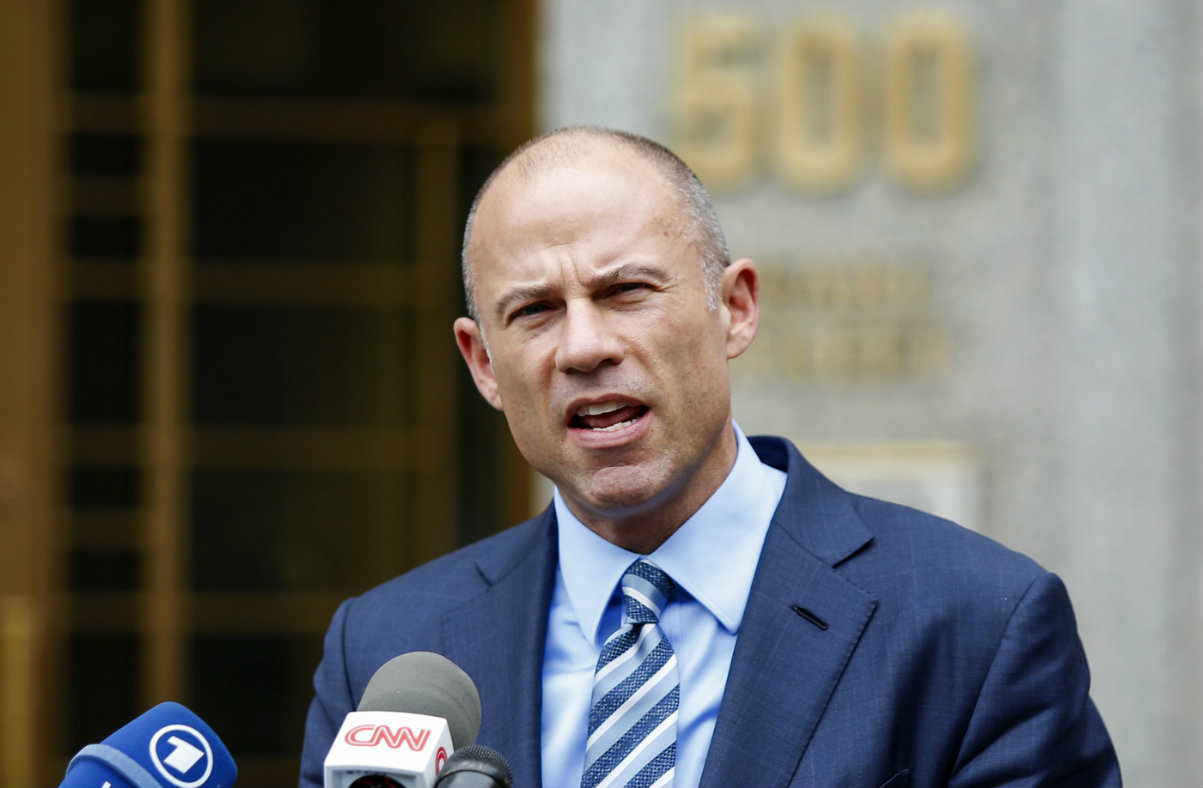 Here we go: Attorney Michael Avenatti goes at it on Twitter with the plaintiff lawyer in a new lawsuit. Avenatti was named in a complaint filed under seal Friday in a California court by former Playboy Playmate Shera Bechard, and Avenatti says he is not sure why he was sued.

“I have no idea why I would be named in this lawsuit unless it is a ploy by Ms. Bechard to get publicity,” he wrote. “I never represented her and have never communicated with her in my life. I was never a party to any agreement with her and I never had any obligation to her. Her beef, if any, lies with her own attorney Keith Davidson and Mr. Broidy (or whomever impregnated her).”

Plaintiff attorney Peter K. Stris, a lawyer for the firm Stris & Maher LLP, called him out on Twitter in response to this.

“You know why you are included in this complaint,” he wrote. “You understood that your previous actions might well lead to this when you called our firm and begged us not to sue you several days ago.”

“That’s pretty funny,” he wrote. “It never happened. I called you after I saw your ridiculous threats in the press & you were afraid to return the call so you had someone else do it. I told him at the time that there was no basis to sue me & asked what the basis was. I’m still waiting. #Weak”

Apparently at issue is an NDA between Bechard and top GOP fundraiser Elliott Broidy over an alleged affair and pregnancy (and reported abortion). The thing is, it is still not publicly clear why Avenatti was included as a defendant in this lawsuit. He posted the sealing order to Twitter.

Here is the sealing order. pic.twitter.com/orHhJd47W6

Broidy, the former deputy finance chairman of the Republican National Committee, recently announced that he would stop paying Bechard the NDA money. He claimed her former attorney Keith Davidson gave Avenatti information about the affair. Avenatti, as you may remember, is the lawyer representing Stormy Daniels (real name Stephanie Clifford) in her own lawsuit over an alleged affair with President Donald Trump.

On April 12, Avenatti tweeted about lawyer Michael Cohen having negotiated “yet another hush NDA, this time on behalf of a prominent GOP donor who had a relationship with a LA woman, impregnated her and then made sure she had an abortion. The deal provided for multiple payments across many months.” The day after, The Wall Street Journal reported that Cohen negotiated an NDA between Broidy and an unnamed Playboy playmate.

In her new lawsuit, Bechard sued Broidy, 20 unnamed defendants, as well as her attorney at the time Keith Davidson. Davidson also represented Daniels and former Playboy model Karen McDougal in agreements regarding their alleged affairs with Trump, but both women dropped him as an attorney, and claimed he was colluding with Cohen, long known as the president’s “fixer.”

A spokesman for Broidy told The Wall Street Journal that his client followed the terms of the NDA. A Davidson spokesman declined to comment.