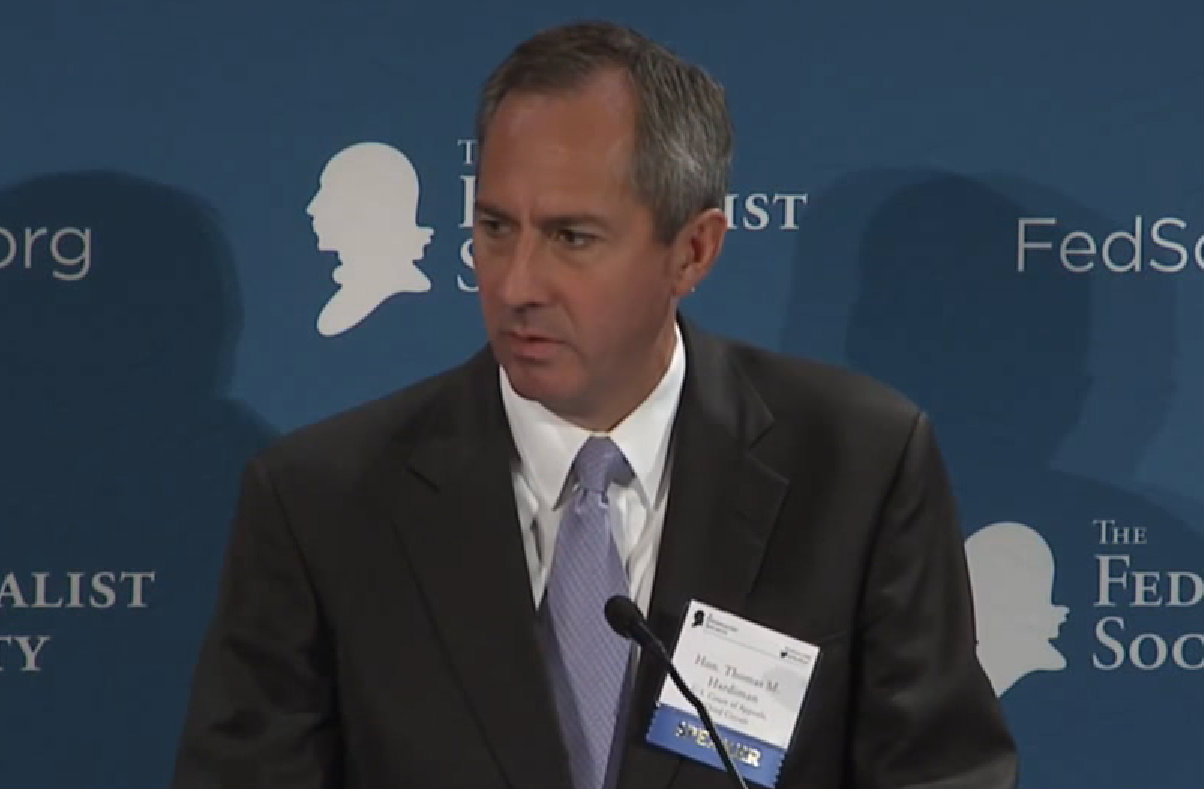 On Sunday, right-wing pundit Ann Coulter took a shot at Third Circuit Judge Thomas Hardiman, and accused him of being “subsidized” by liberal philanthropist George Soros.

Even if you’re not picky about S. Ct nominees, can we please find one who hasn’t been SUBSIDIZED BY GEORGE SOROS? https://t.co/svuyuF9MQA

Now, I’m less angry about the nominees than about the people sending names to @realDonaldTrump. How did Hardiman, SUBSIDIZED BY G. SOROS, get on his list? https://t.co/svuyuF9MQA

What the heck is up with that? Well, it’s not entirely accurate. Coulter linked to the donor list for Ayuda, a legal aid clinic that Hardiman used to work for. It specializes in providing help to immigrants in courts. As indicated in his SCOTUSblog profile, he did do domestic violence, political asylum, and other kinds of cases for poor Spanish-speaking clients.

In the link provided by Coulter, the Open Society Foundations is listed as one of the $10,000-$25,000 donors. This organization was founded by Soros. Ayuda Communications Coordinator Laura Trask told Law&Crime in a phone interview that the group gave $30,000 since 2009, usually providing matching gifts, and she noted that the donor list should be updated.

With that in mind, it wouldn’t even qualify as one of Ayuda’s most important donors. And certainly doesn’t mean Hardiman is “subsidized” by Soros. Verizon, for example, is listed in the $25,000-$50,000 slot. Others provided way more. The District of Columbia Government is listed as giving between $500,000 and $1 million, while the Department of Justice is noted as giving at least $2 million. (The group includes grant-givers in their donor list.)

There seems to be no available information to show that Soros played a role in elevating Hardiman, a George W. Bush nominee, to the federal bench in the first place.

Oh, don’t get us wrong. A powerful figure did push for Hardiman to be considered for the U.S. Supreme Court: President Donald Trump‘s own sister, Maryanne Trump Barry (nominated to the New Jersey federal court by President Ronald Reagan, then to the Third Circuit by President Bill Clinton). She served with Hardiman, and multiple reports, including a New York Times article on Sunday, said that she recommended this colleague to her little brother last year during the Scalia vacancy.

Hardiman has spoken before the conservative Federalist Society, and was reportedly recommended to Trump by Senate Majority Leader Mitch McConnell as presenting relatively few obstacles for confirmation.

Leonard Leo, a Federalist Society executive vice president advising Trump on nominees, had this to say about the judge:
“Tom Hardiman is an interesting mix of two worlds,” he said in January 2017, according to CNN. “On the one hand he is very much in the mold of Justice Scalia, well-schooled on the doctrines of originalism and textualism, and he is very experienced. And yet, at the same time, Judge Hardiman hails from a family of relatively modest means, from an industrial working class city in Western Pennsylvania.”

The judge’s link to Soros is overblown at best, but he did work with a group that helped out immigrants. Expect immigration hardliners to attack him because of this in the hours leading up to Trump’s nomination announcement.

Note: Updated with information from the Ayuda communications coordinator. She addressed this passage from the original version of this story:

In the link provided by Coulter, Ayuda names an “Open Society Foundation [sic]” as one of the $10,000-$25,000 donors. Soros is founder of the Open Society Foundations, with an s. We were unable to confirm on Sunday if this is the same organization, but even if it was, it wouldn’t even qualify as one of Ayuda’s most important donors.

She said this was indeed the same organization. The donor list is now fixed so that it reads “Open Society Foundations.”

Trask also pointed out the passage, “It specializes in providing help to poor Spanish-speaking immigrants in courts.” They don’t just work with Latinos, but with people from 104 countries, she said.

It was Hardiman who said he worked with Spanish-speaking clients pro bono. At his 2003 confirmation hearing to Pennsylvania federal court, Sen. Arlen Specter (R-PA) introduced him as having done political asylum, domestic violence, and employment cases for indigent Spanish-speaking immigrants. During testimony, Hardiman discussed winning political asylum for an El Salvadorian client, and representing a Colombian woman threatened by cocaine cartels.

The article has been adjusted to reflect this.