‘An Unconscionable Abuse of the Legal System’: J&J Criticized for Folding Talc Liabilities into Subsidiary for Bankruptcy 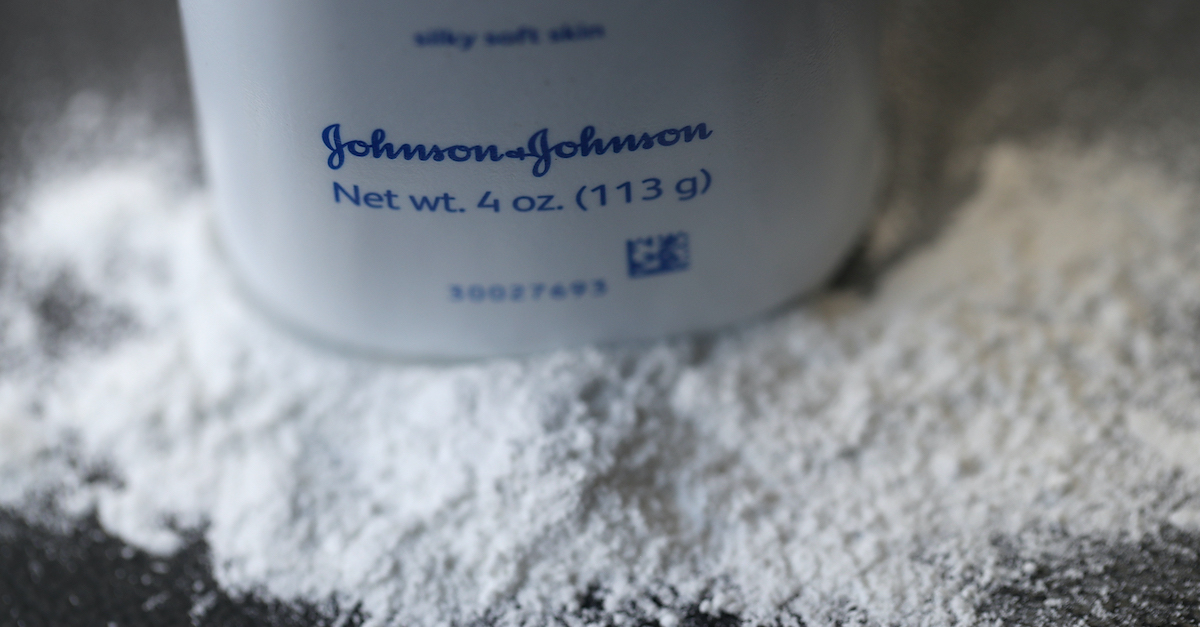 Sparking indignation from the tens of thousands of plaintiffs who linked the company’s talc powder to ovarian cancer, Johnson & Johnson has placed those claims into bankruptcy via a new subsidiary to offload liabilities.

J&J signaled that it will continue to operate as usual, and its subsidiary, LTL Management LLC, voluntarily filed for Chapter 11 bankruptcy protection in the U.S. Bankruptcy Court for the Western District of North Carolina. The New Brunswick, N.J.-based pharmaceutical giant’s executive vice president and general counsel Michael Ullmann justified the maneuver as an effort to “bring certainty to all parties” involved in cosmetic talc cases.

“While we continue to stand firmly behind the safety of our cosmetic talc products, we believe resolving this matter as quickly and efficiently as possible is in the best interests of the Company and all stakeholders,” Ullmann wrote in a statement.

J&J said that it agreed to fund the subsidiary with a $2 billion trust—plus certain royalty streams with a current value of more than $350 million—to pay any amounts the bankruptcy court determined that it owed.

The company’s chief legal officer John Kim said that this “dedicated trust and significant financial resources supporting LTL” would help ensure that “all parties will be treated equitably during this process.”

Others are not so sure. Linda Lipsen, the CEO of the Washington, D.C.-based non-profit American Association for Justice, denounced the move.

“There are countless Americans suffering from cancer, or mourning the death of a loved one, because of the toxic baby powder that Johnson & Johnson put on the market that has made it one of the most profitable pharmaceutical corporations in the world,” said Lipsen, whose lobbying group advocates on behalf of trial lawyers. “Their conduct and now bankruptcy gimmick is as despicable as it is brazen.”

“This is an unconscionable abuse of the legal system,” she added. “Congress must act to ensure that no other ill-intentioned corporation can ever do the same by passing the Nondebtor Release Prohibition Act of 2021 as soon as possible.”

Attorney Andy Birchfield, a lawyer from Beasley Allen Law Firm who has represented plaintiffs in the talc litigation, told Law&Crime that the gambit appeared to be an “attempt to hide behind bankruptcy.”

“This stinks. They claim their product is safe and then attempt to hide behind bankruptcy. J&J can run but it can’t hide,” the lawyer said,

Birchfield also likened J&J’s announcement to those by the Boy Scouts of America and USA Gymnastics. In July, the Boy Scouts of America reached a proposed $850 million deal with roughly 65,000 sexual abuse survivors. A month later, USA Gymnastics announced a proposed $425 million payout this past summer. Both of the proposed agreements need to be approved by a court. The attorney also mentioned the Sackler family and Purdue Pharma, the pharmaceutical company at the center of the opioid crisis known for making OxyContin.

“The entire nation, Congress and more than 30,000 victims of J&J’s dangerous talc product say ‘no’ to this flagrant and fraudulent abuse of the bankruptcy system. Right behind the Sacklers, the Boy Scouts and USA Gymnastics, here’s another example of the wealthy and powerful using bankruptcy as a hiding place to protect their profits and avoid responsibility,” Birchfield added.

As the Times noted, J&J has had both victories and losses in its sprawling litigation alleging a link between talc powder and cancer. A Missouri appeals court in June ordered the company to pay $2.1 billion in damages to women who said its baby powder and other talcum products caused ovarian cancer. In 2018, J&J was ordered to pay $4.69 billion to 22 women and their families on similar claims.