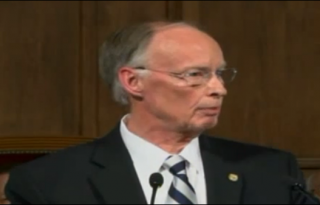 Bentley allegedly had a sexual relationship with his senior political adviser, Rebekah Caldwell Mason. The main evidence at this time appears to be an audio recording of Bentley’s voice, making sexually charged remarks, supposedly to Mason. Bentley has acknowledged making inappropriate comments, but denies having an affair. Mason resigned last week. Mason has not been paid by the state since 2013, according to the Montgomery Advertiser, so it is unclear what the source of her salary was. Mason claims that she was paid by the Alabama Council for Excellent Government, which promotes the governor, as well as by Bentley’s campaign. The articles of impeachment raise the question of whether Bentley used state money for the alleged relationship.

Many of the accusations in the impeachment articles come from former Alabama Law Enforcement Agency Secretary Spencer Collier, although Collier admits he has no proof that the Governor used state funds in his alleged affair. Bentley fired Collier from his position on March 22, and released a statement citing “possible misuse of state funds.”  Collier denied any financial wrongdoing. The Montgomery Adviser contends that the next day, Collier said at a press conference that he discovered evidence of an affair between Bentley and Mason in 2014, while Bentley was still married to his wife Dianne. The Bentleys divorced in the autumn of 2015 after being married for 50 years.

The articles of impeachment also claim that Bentley was dishonest in his 2014 campaign that said he would not raise taxes, only to then put forward a $728 million tax and revenue package. Henry said that impeachment was the only course of action after Bentley “essentially betrayed the trust of the people.”

In a statement, Bentley said, “There are no grounds for impeachment, and I will vigorously defend myself and my administration from this political attack.”