5 Most Ridiculous Comments By Close Your Legs Judge | Law & Crime

5 Most Ridiculous Comments Made By Judge John ‘Close Your Legs?’ Russo 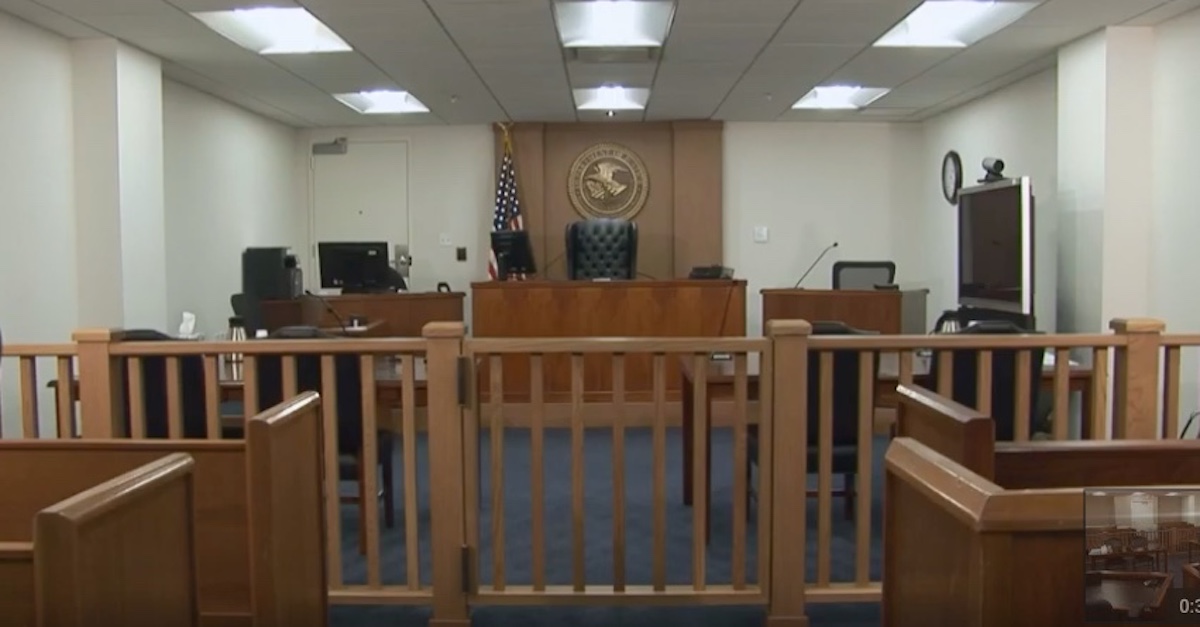 New Jersey Superior Court Judge John Russo Jr. was infamously accused of “unwarranted” and “inappropriate” behavior by a state committee for asking a woman if she tried closing her legs during an alleged sexual assault. The committee called for his immediate suspension and a mandatory education training for the “re-traumatizing” remarks. But what else did Russo say to the the woman during the official judicial proceedings…and afterwards?

Here are the five most ridiculous comments made by Judge Russo during his exchanges with the woman and after with his court staff:

1. “Do you know how to stop somebody from having intercourse with you?”

The judge is accused of beginning with a series of hypothetical questions about whether the woman made any efforts to thwart the alleged sexual assault, and directed this question towards her.

2. “Close your legs? Call the police? Did you do any of those things?”

He also allegedly gave her specific examples of what she could (and, in his mind, perhaps should have done) to stop the assault.

Judge Russo asked, specifically, if she “blocked her body parts” from the alleged attacker. She responded, “Yeah.”

4. “Well then, as an exotic dancer, one would think you would know how to fend off unwanted sexual–”

He then engaged in a conversation with his staff, which was caught on recording, after the woman left. He was cut off from finishing this sentence when an unidentified speaker responded “I do remember that, I do.”

5. “What did you think of that? Did you hear the sex stuff?”

Judge Russo also asked his staff what they thought of the case, referring to the woman’s sexual assault allegations as “sex stuff,” according to reports.

Russo, the son of former New Jersey state senator John Russo, has been a practicing lawyer for two decades and an administrative law judge for six years, making his controversial comments particularly “ignorant,” according to the 45 page recommendation released by the the Advisory Committee on Judicial Conduct.

The defendant was seeking a final restraining order against the father of her five-year-old daughter based on alleged acts of domestic violence that occurred during March of 2016. She claimed the father of her child sexually assaulted her, threatened her life and made inappropriate comments to their minor child.

The judge responded to the woman’s claim with the above series of questions regarding the assault. Russo claimed his questions were necessary to “demonstrate the element of force or coercion used during the assault,” according to the advisory committee report.

“He denies it was a suggestion that a sexual assault victim could prevent an attack using these methods,” the report continued. Instead, the judge claimed, he wanted to “aid the plaintiff in recounting a traumatic event.”

Committee members argued that Judge Russo’s questioning of the respondent that included hypothetical situations was “wholly unwarranted, discourteous and inappropriate give the irrelevance of such information.”

His words had “the clear potential to re-victimize the plaintiff,” the committee concluded.

Significantly, Russo is also being sued by an ex-clerk for sexual harassment and discrimination.

The lawsuit, filed this year in March, describes Russo Jr. as a tyrant who belittled, humiliated and yelled at his law clerks to the point that he went through four in a year, reports N.J.com.

Valisha Desir, 31, of Highlands, said she worked for Russo in 2017 and feared reporting the harassment — including a comment about her looks and about giving his wife a pass to “cheat” — because Russo bragged about how he could make or break careers. He told her he forced former Gov. Jim McGreevey to resign, the suit said. “Defendant Russo repeatedly told Plaintiff about his political connections, his ability to ‘ruin’ careers and his expertise in retaliation,” the lawsuit said.

In May 2017, after Desir reported the harassment, Russo was removed from the bench in the Ocean County Family Division.

Russo was reassigned to the Burlington County Civil Division in November of that year.

To read the full advisory committee report see below:

Russo Presentment by Law&Crime on Scribd