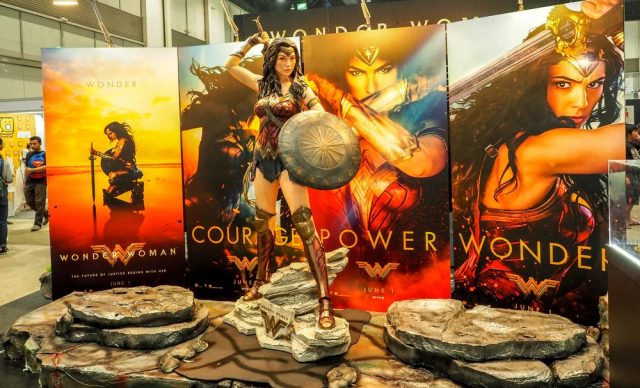 Stephen Clark, a professor at Albany Law School, and an expert on anti-discrimination law, has filed a bias complaint against a Texas theater chain after they announced two women’s-only screenings of Wonder Woman.

Initially inclined to let the drama play out over Facebook, Clark said it was the Alamo Drafthouse’s sarcastic and bigoted responses to genuine discrimination concerns that pushed him to file the complaint.

Speaking with the Austin American-Statesman, he said:

“Their attitude was really off-putting to me…the suggestion that anybody who pointed out to them that this was illegal was misogynistic or insecure…if you’re the one hosting the event and you’re already teetering on the edge of illegality, you might dial back the rhetoric.”

In an interview with the Washington Post, he added, unequivocally, “There is also the fact that what they were doing is illegal.”

Aside from federal Civil Rights concerns, the Austin City code bans places of public accommodation from discriminating on the basis of gender–and there is also a restriction on advertisements promoting such discriminatory events or intentions. Movie theaters are specifically listed under the statute.

Clark, who is gay, likened the exclusionary environment being promoted by the Texas theater chain to his experiences with gay and lesbian night clubs. In additional comments to the Post, he said:

“I’m a gay man, and I’ve studied and taught gay rights for years. Our gay bars have long said that you do not exclude people because they’re gay or straight or transgender — you just can’t do that for any reason. We have to deal with the bachelorette parties that come to the gay bar. They’re terribly disruptive, but if you forbid women from coming to a gay bar, you’re starting down a slippery slope. It’s discrimination.”

Clark’s concern for Austin’s local laws isn’t an anomaly. Multiple such claims have been filed with the city’s Equal Employment and Fair Housing Office since the Alamo Drafthouse announced the women’s-only screenings late last month.

City officials are currently assessing how to respond.