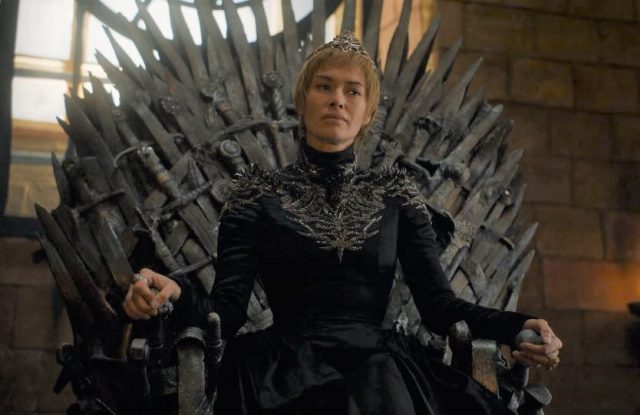 It had to happen. With the seventh season of HBO’s “Game of Thrones” underway, and our legal brains constantly highlighting legal issues (it’s a blessing and a curse), it was only a matter of time before we started writing about the many, many crimes that take place on the show. Granted, we’re not archmaesters over here and we don’t know the ins and outs of the Westeros Penal Code, so we’ll have to take some liberties as far as applying some real-world laws to George R.R. Martin‘s fictional society.

Warning: the rest of this post contains SPOILERS for Season 7 Episode 3. By reading further, you are assuming the risk of having some major moments in the episode (and perhaps earlier episodes) spoiled.

Daenerys invited Jon to Dragonstone to discuss a possible alliance, but things got off to a rocky start when she asked him to bend the knee and he refused. The self-proclaimed Queen reminded Snow that besides that refusal, his claim as King in the North is an open rebellion against the Queen of the Seven Kingdoms and, therefore, treason. Even if Jon Snow doesn’t recognize Daenerys as Queen, since she doesn’t have the Iron Throne, he is in open rebellion against Cersei Lannister, the official Queen of record, so he is committing treason, even if he does have more houses on his side than the Lannisters.

This episode gave us yet another graphic installment of Jaime and Cersei’s incestuous relationship, showing that as much as Jaime’s grown over the years and ingratiated himself to viewers, he’s still really, really gross. Of course, since Cersei is Queen, who’s going to punish them for it? Quite the contrary, she’s pretty much flaunting their relationship now, since no one can do anything to them, especially since she eliminated the High Sparrow and his Faith Militant at the end of last season.

Spitting in public is against the law in some jurisdictions, so let’s assume that’s the case in Westeros. When Euron Greyjoy brought Ellaria, widow of Oberyn Martell, before Queen Cersei, she spit in their direction. Since the throne room is a government building, that could land her a citation for spitting in public. If she hit Euron or Cersei (we didn’t see where the loogie landed), that could be considered battery, which is defined by tort law as a harmful or offensive touching.  Back in 2007, the Ninth Circuit Court of Appeals even held that spitting could be considered a criminal assault.

This one is straight up murder. Tyene Sand didn’t have the authority to declare allegiance to Daenerys Targaryen in rebellion against Cersei. The only reason why Cersei killed her was as revenge for Ellaria doing the same to Cersei’s daughter Myrcella. She also did it in such a fashion that it would be a drawn out death, with Ellaria forced to watch her daughter die right in front of her. Now, Ellaria will probably be the next to go as soon as Tyene succumbs to the poison, but if she managed to survive, she’d have a pretty good civil case for intentional infliction of emotional distress.

Good ol’ Sam is studying to become a maester, but he’s far from there yet. That didn’t stop him from performing an extremely dangerous procedure on Ser Jorah Mormont, hoping to cure him of his greyscale. Against all odds—and orders from Archmaester Marwyn—Sam succeeded, and Ser Jorah was still given a clean bill of health. Still, Sam is guilty of practicing medicine without a license. The only reason why he wasn’t kicked out of the Citadel was because he showed impressive skills in his disobedience.

This one gets complicated. Jaime put poison in Lady Tyrell’s drink, which she then gulped down, knowingly poisoning herself. While Olenna committed the act, Jaime would most certainly be on the hook for this one, since he had just told her finished talking about all the proposed execution methods that Queen Cersei had considered, until Jamie talked her out of them, offering poison as a painless alternative. While we didn’t see Olenna die, this is one case where we can likely be sure that it happened fairly soon after the credits rolled.

Of course, while Jaime killed Olenna, he does have a legal defense. Olenna had recently aligned House Tyrell with Daenerys Targaryen, who is now declaring herself Queen. This could be considered treason, which—as Ned Stark knows—carries a punishment of death. Since the order came from Queen Cersei, Olenna’s death could be considered just, even if the loss of an audience favorite was disappointing for viewers.

Lady Olenna didn’t go out without getting in her last licks, though. With her dying words, she proudly confessed to being behind the poisoning of King Joffrey way back in Season 4. The crime had once been pinned on Tyrion, but his animosity towards his nephew was really only expressed through words and extremely satisfying slaps to the face. Joffrey died in gruesome, purple fashion at his own wedding celebration, after marrying Olenna’s granddaughter Margaery Tyrell. As a result of the King’s demise, Margaery was rid of the annoying and evil Joffrey, and ended up with the far more docile Tommen.

With this confession, Olenna admitted to being guilty not just of murder, but regicide, as she killed a king. Sure, one could argue that Joffrey didn’t have a legal claim to the throne in the first place, but no one who was still alive knew that, and Joffrey was recognized as the true king.