Woman Fatally Stabbed 71-Year-Old Man in the Head Before Stealing His Car: Police 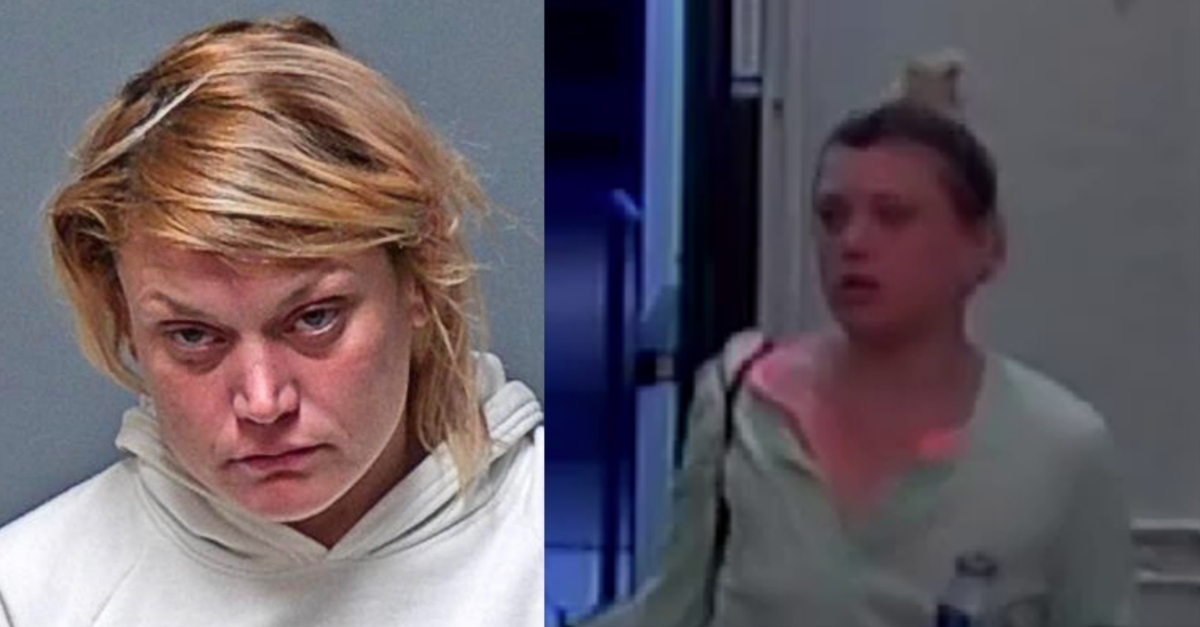 Stephanie Beard pictured in an image via the Manchester Police Department (left) and in surveillance footage, via the New Hampshire Department of Justice (right).

The brief search for a New England murder suspect who is believed to have stabbed her alleged victim in the head before stealing his car is over.

“Mr. Glennon was found dead at approximately 8:00 a.m. on May 13, 2022,” authorities said. “It is believed Mr. Glennon was killed in the early morning hours that day.”

He was discovered at his home at 323 Franklin Street in the city of Manchester, authorities said in an update. Dr. Mitchell Weinberg determined in an autopsy that Glennon died from multiple sharp force injuries, and ultimately concluded that it was homicide.

Beard was last seen in the Manchester area in Glennon’s silver Subaru Impreza, going south on Route 293, the state DOJ said when they were looking for her.

Authorities had put out a wanted notice for Beard on Friday, saying she stabbed Glennon in the head using a knife and then stole his car.

After describing Beard as a “white female, 5’2″ tall, with brown hair and hazel eyes,” the wanted notice described multiple tattoos that may have made her more easily identifiable.

Authorities warned on Friday that Beard was “considered dangerous and should not be approached.”

Officials got an arrest warrant on Beard for second-degree murder, and cops in Boston took her into custody on Saturday, authorities said.

In addition to murder and theft charges, Beard has also been charged with being a fugitive from justice in Massachusetts.

“[She] will be arraigned on Monday, May 16, 2022, in the Boston Municipal Court, South Boston Division,” the New Hampshire DOJ said.

Boston is an estimated hour-long drive south from Manchester, New Hampshire. It was not immediately clear why Beard was there.

“Stephanie was a very, very, very good person, except she got mixed up in drugs,” Diane Beard said. “She went overboard, and this is what came out of it. She was on drugs bad, and that’s how she turned mental.”

She also said that she was struggling with her feelings about the entire situation.

“I have too many mixed emotions,” Diane Beard said. “But I guess a part of me was saying, ‘She’s safe. She’s captured.’ But bottom line still is—I hate to say it—she’s still my daughter regardless.”

A neighbor described Glennon as “a very nice guy. He was quiet.”

Authorities did not release information on the motive, or say if Glennon and Beard knew one another before the incident.

“With the case open and our investigation ongoing what is in the releases is all we have at this time,” New Hampshire DOJ spokesman Michael Garrity said in response to a Law&Crime request for more information.

[Images via the Manchester Police Department, and the New Hampshire Department of Justice]