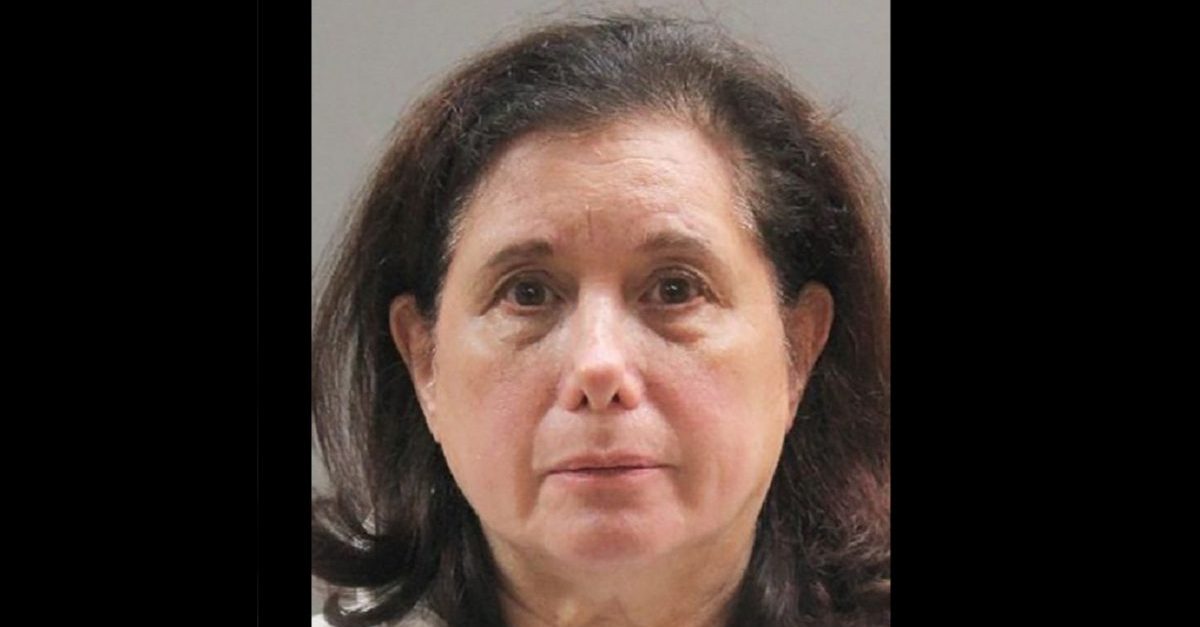 A 66-year-old woman in New York was arrested for allegedly murdering an English woman who was visiting her home with a mutual friend, police say. Faye Doomchin is accused of stabbing the guest to death on Monday, just hours after meeting her, according to the New York Post.

Doomchin, the victim, and their friend had reportedly gone out for lunch before going back to Doomchin’s home in Great Neck for cake, coffee, and to play the piano. Suddenly, police said, she went to the kitchen, returned with a knife, and stabbed the British visitor in the chest, killing her. Why? Well, that’s where the story gets strange.

“Sometime during while they were sitting in the living room, they were talking and [Doomchin] made statements that she did not like the woman from England,” Nassau County Police Detective Lt. Stephen Fitzpatrick told reporters. “She claimed she needed to rid the house of evil,” Fitzpatrick continued, “she then appeared from the kitchen with a kitchen knife, walked right over to her and stabbed her in the chest.”

The unidentified 60-year-old victim was pronounced dead at a local hospital.

The situation remains a mystery, as there did not appear to be any clear reason for the alleged murder.

“They never met before. They just met that day, had lunch and this incident happened,” Fitzpatrick said, noting that the other friend, a man, had known the victim for 12 years. “We’re still looking to find out what may have precipitated this as the investigation continues.”

Doomchin was charged with second-degree murder. She had one prior arrest in 1999 for an alleged second-degree assault with a weapon.