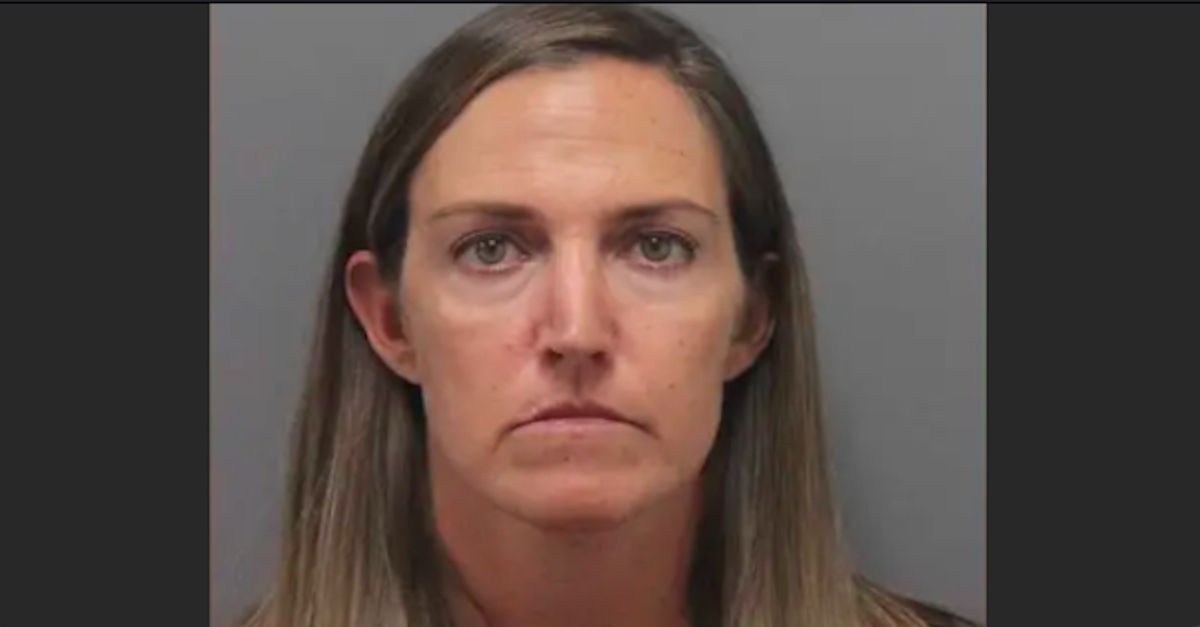 A 42-year-old public school counselor from Virginia was arrested after law enforcement authorities say she had an inappropriate sexual relationship with a former student.

Loudoun County Public School Counselor Ann M. Barrett, of Ashburn, was charged with one count of taking indecent liberties with a child by a custodian. Barrett turned herself in to sheriff’s deputies at the Loudoun County Adult Detention Center Thursday afternoon, the sheriff’s office said in a press release. Under Virginia law, Barrett is facing a Class Six felony that carries a maximum sentence of five years in prison.

School officials first learned about Barrett’s alleged relationship with the former student in May 2021 and immediately contacted the Loudoun County Sheriff’s Office, Washington, D.C. ABC affiliate WJLA-TV reported. Investigators spent several months piecing together details about the alleged relationship between Barrett and the former student. Investigators reportedly learned that the sexual relationship between the two began in 2013, when the individual was a student at Freedom High School where Barrett was employed. The relationship reportedly ended in June 2016 after the victim finished his freshman year of college.

Additional details about the victim are not being released to the public to protect their identity.

Freedom High School Principal Neelum Chaudhry released a statement following Barrett’s arrest confirming that she was no longer actively working at the school.

“Today, the Loudoun County Sheriff’s Office released the media alert below concerning a former Freedom High School employee.  Loudoun County Public Schools has cooperated fully with this investigation,” Chaudhry wrote. “The employee – who no longer works at Freedom High School – was placed on administrative leave when the school division became aware of allegations against them in May. LCPS is seeking the termination of this individual’s employment and the revocation of their teaching license.”

Principal of Stone Hill Middle School Kathryn Clark, where Barrett also worked as a counselor, put out a similar statement but noted that “no Stone Hill students were involved” in the incident leading to Barrett’s arrest.

Earlier this year, a female student in Loudoun County alleged that she had been sexually assaulted by a male student in one of the women’s bathrooms.

“First, let me say to the families and students involved — my heart aches for you and I am sorry that we failed to provide the safe, welcoming, and affirming environment that we aspire to provide,” he said during a press conference, per WJLA. “We acknowledge and share in your pain and we will continue to offer support to help you and your families through this trauma. For all of our students, our school-based Unified Mental Health Teams are available to anyone who needs care.”

According to court filings, Barrett is currently married and does not have any criminal history. She was processed and released from custody after posting a secured bond of $10,000. Her first court appearance is scheduled for November 9 in Loudoun County Circuit Court.