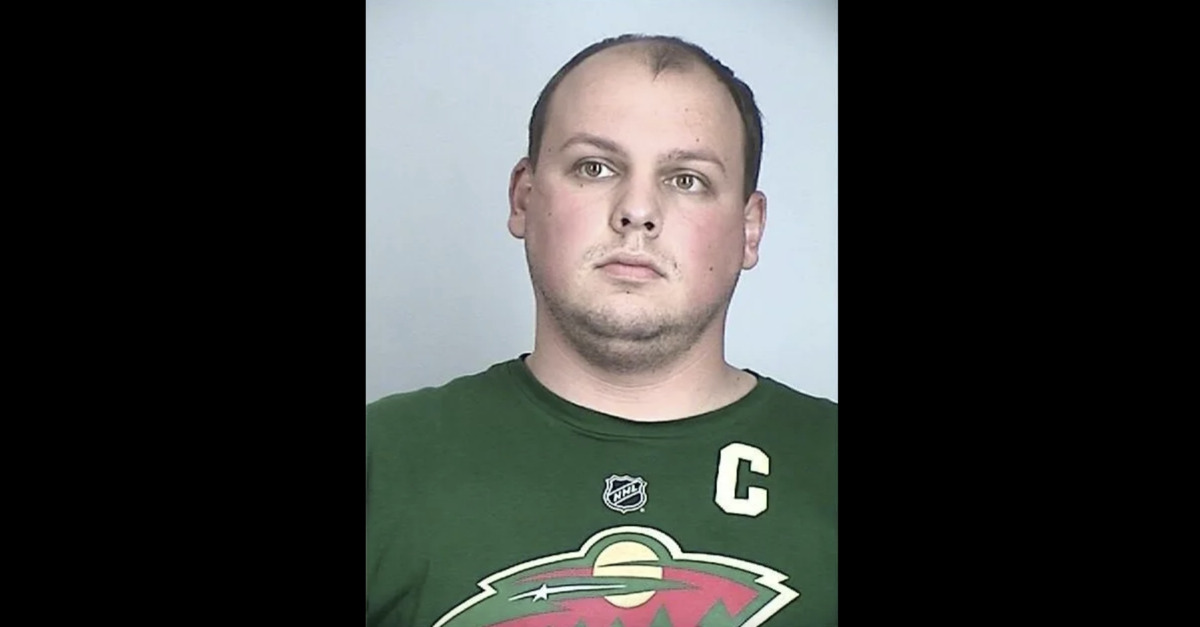 According to federal prosecutors, Mitchell James Ottinger, 25, ran a years-long “sextortion” scheme targeting both minors and adults “by adopting false female personae, including of minor girls.”

The defendant also allegedly threatened “to disseminate sexually explicit images and videos of his victims in order to extort more images and videos from them,” according to the plea agreement filed in the U.S. District Court for the Minnesota District on Monday.

Various court documents obtained by Law&Crime detail the scheme in which Ottinger used the fake online personas of “Rachel Meyer” and “Taylor Malek” to contact his numerous male victims.

“The scheme occurred over the course of at least nine years, beginning at least as early as when the defendant was approximately 16 and 17 years old,” the plea agreement notes. “During the period [at issue], the defendant attempted to and did produce child pornography of and extort minor victims from the community where he lived and worked, including children he knew from his position as a substitute teacher and paraprofessional in [Minnesota’s] School District 1.”

“The defendant also used social media services, including Snapchat’s Quick Add feature, to identify additional child victims in the same social circles as his other victims, including victims he knew from his community and position in School District 1,” the plea deal continues.

If any of his victims refused to bow to the pressure by blocking him or trying to ignore him, Ottinger would threaten to send the images to the victim’s brother unless they provided additional explicit content. This particular form of extortion occurred at least three different times with three different sets of siblings, the plea agreement notes.

“Unblock me and be a good boy or I’ll show my friends who will show there’s [sic] and so on,” the defendant allegedly messaged one 15-year-old victim. “U can’t just ghost me. Be a good boy Now.”

According to a criminal information filed in early October, the defendant originally snared his victims “through multiple means, including by sending sexually explicit images and videos of the girls he purported to be to minor and adult victims to encourage them to produce child.pornography images to send him in exchange.”

According to a criminal complaint filed in May, the FBI began investigating Ottinger in July 2020 after a 15-year-old boy contacted the agency to complain that he had been catfished and extorted by Ottinger by way of an app which is not identified. The first victim said he contacted the FBI himself so his parents wouldn’t find out.

According to local NBC affiliate KARE, the defendant was fired by Eastern Carver County Schools the day after the complaint was filed.

The quick turnaround on that dismissal appears to have been facilitated by the FBI obtaining access to several of Ottinger’s Google accounts. Those accounts, which were linked to catfishing activity, also contained “emails from the Minnesota Professional Educator Licensing and Standards Board with information on Ottinger’s educator license” as well as “an image of Ottinger’s work badge for an identified elementary school,” the complaint alleges.

The defendant pleaded guilty to two counts of production and attempted production of child pornography and one count of interstate communication with intent to extort before U.S. District Judge Wilhelmina M. Wright. A sentencing date has not been set. Ottinger faces a minimum of 15 years to a maximum of 62 years in prison and will potentially be on probation for the rest of his life.

Law&Crime previously reported on a similarly intricate sexual extortion scheme. Massachusetts man Steve Waithe, a track and field coach, allegedly tricked female student athletes into sending hum nude photographs because he promised that he would somehow use those files to get other nude images off the internet. Under that alleged scheme, the coach himself made initial contact with his victims using online aliases and said that their nudes had leaked.

Ottinger’s complaint, information and plea deal are available below: