‘The Head Was Underneath the Car’: Woman Reportedly Decapitated by Man with a Sword in Broad Daylight 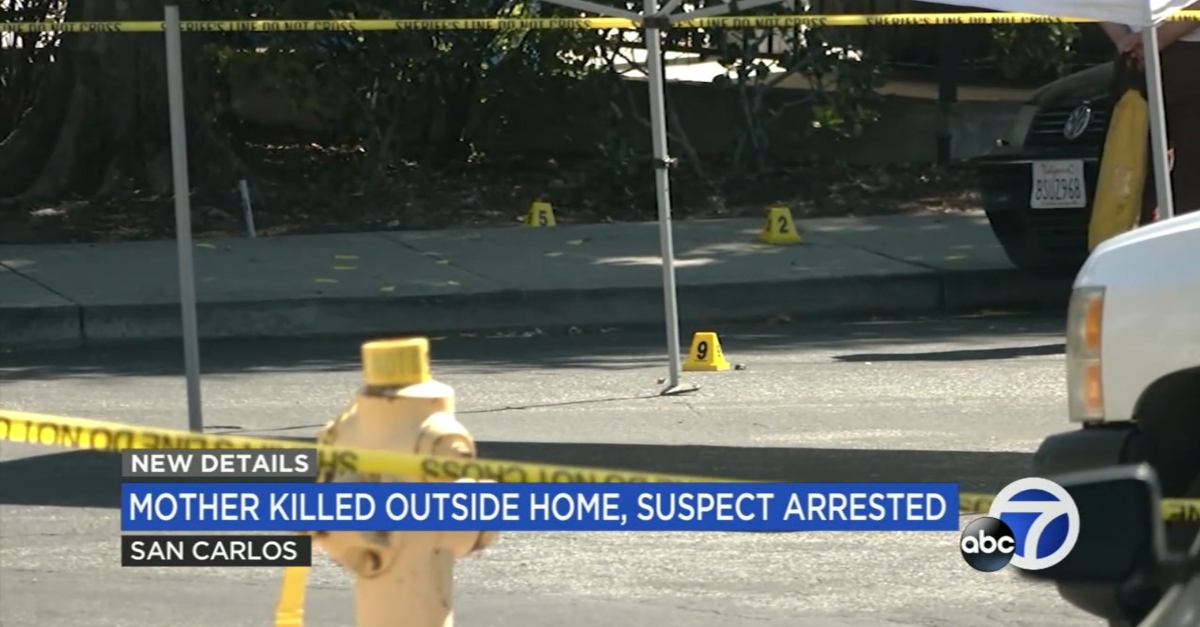 A man allegedly cut off a woman’s head in the middle of a California street. Authorities in the San Francisco-area city of San Carlos did not describe the weapon, but radio traffic described by KGO mentioned a 25-year-old woman decapitated by a sword. Investigators reportedly said they were still looking for the implement.

They did not identify the woman in a press statement, saying they needed to notify her family. Authorities also did not name the suspect in their post, but law enforcement sources for KGO named him as Jose Solano Landaeta. A man by that name does appear in the San Mateo Jail records on a count of murder.

Held without bail, he is scheduled for court appearance to take place Friday. The San Mateo Sheriff’s Office did not immediately respond to a Law&Crime request for more information.

Police activity in the area of Laurel/Magnolia and the 300/400 blocks of Laurel St in San Carlos. No outstanding threat to the community but please stay out of the area.

Sheriff’s Lt. Eamonn Allen told reporters in a press conference that the incident happened in the street outside the woman’s home. Witnesses flagged down deputies at approximately 11:50 a.m. on Thursday, reporting an in-progress assault. It was in the area of Laurel Street and Magnolia Avenue.

“The head was underneath the car and she was laying in the back of the car — just severed,” he said, according to KGO. “And they covered her up.”

Deputies “arrived within minutes and found an obviously deceased female in the street in that area,” Allen reportedly said. “They began to work the scene and shortly then after, the male suspect arrived back at the scene and was quickly detained by sheriff’s deputies. He was later placed under arrest for homicide. We can confirm that a stabbing instrument was used in the commission of the crime. That weapon is still outstanding.”

“After he cut her head off, he came walking up, him and his two friends,” Thorborne said. “And they walked right by me and they arrested him.”

Allen said the woman’s two children did not see the crime. Sources told the outlet the kids were inside the residence.

“Children are there, scared to come… want their mom,” stated law enforcement records obtained by the outlet.

CPS took custody of two girls, a 1-year-old and 7-year-old. There was also a dog and two cats.

Victim and suspect had reportedly been a couple of some sort.

BEHEADING UPDATE 1 of 2 — Man, this is sad. I just obtained some law enforcement records. Just before noon, reports came in that head was cut off by a sword. At 12:14pm, “children are there, scared to come – want their mom.” https://t.co/LFQ96aR0y8

The alleged motive is publicly unknown. Thorborne said the couple moved in about three years ago, according to NBC Bay Area.

“They seemed like they loved each other,” he said.

But the suspect reportedly had a violent criminal history and a history of mental health challenges. The woman got a temporary restraining order against the man in April, according to KGO. Authorities described the suspect as being a resident of the city of Hayward, across the San Francisco Bay from San Carlos.

Authorities said there was no outstanding threat to the community.

“Anyone with information related to this incident is encouraged to contact Detective Brandt with the Sheriff’s Office at 650-333-8195, [email protected],” deputies said.