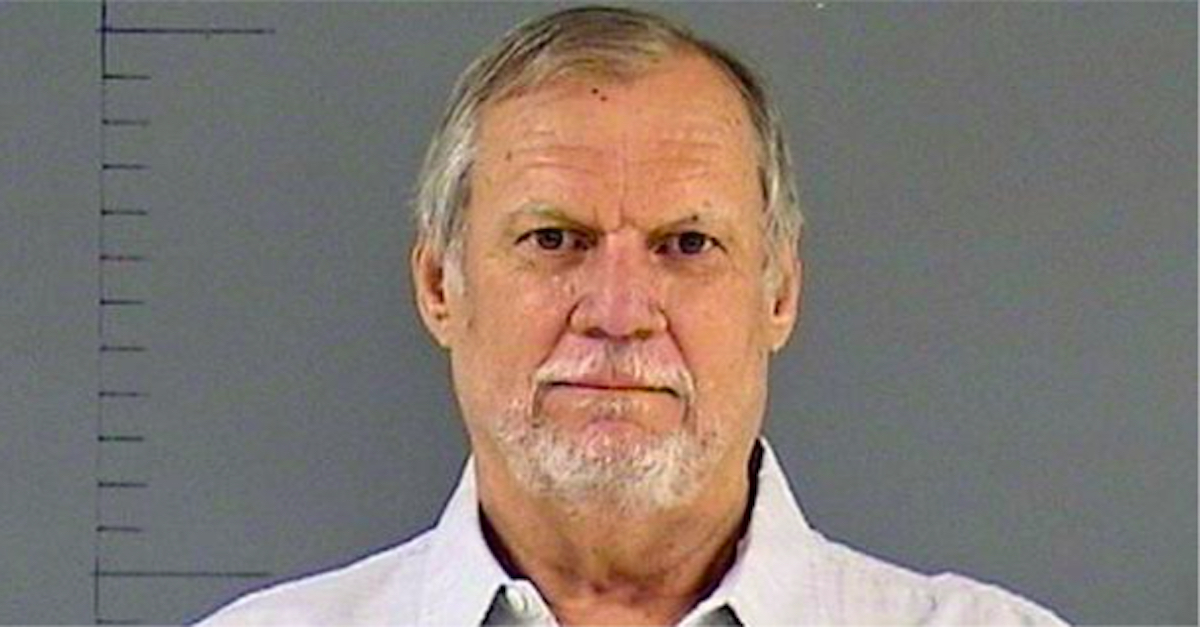 A Texas homeowner turned himself over to authorities on Friday nearly two weeks after police say he shot and killed an unarmed motorist who pulled into his driveway.

Terry Duane Turner, 65, was processed and charged with first-degree murder in the death of 31-year-old Adil Dghoughi, who was fatally shot while inside his vehicle on Oct. 11, according to a press release from the Caldwell County Sheriff’s Office.

The sheriff’s office dispatched deputies to a residence in the 100 block of Tina’s Trail in Martindale at approximately 3:42 a.m. in response to reports of a shooting, the office wrote in a Facebook post several hours after the shooting. Upon arriving at the scene, first-responders located the male victim and rushed him to the hospital “for critical, life-threatening injuries.”

“The shooting was reported to have occurred after the homeowner confronted a suspicious vehicle parked outside the residence,” Lt. Kyle McConnell said, adding that no person was taken into custody.

According to an arrest affidavit obtained by Austin ABC affiliate KVUE-TV, Turner initially told police that when he got up from bed to use the bathroom, he saw an “unknown vehicle with its headlights off” parked in his driveway. Turner reportedly said that he “ran” back into his bedroom to grab his pistol, then “ran” outside to check out the vehicle that was idling next to his pickup truck.

Per KVUE, Turner said that once he got outside, the vehicle “began to rapidly accelerate in reverse.” Turner gave chase and “struck the driver’s side front door twice with the handgun, fired the handgun, then returned to his house and called 911,” the report states.

While on the phone with CCSO 911, Turner reportedly told the dispatcher “I just killed a guy,” saying that the driver allegedly “tried to pull a gun on me.”

“He started racing away and I ran after him,” Turner reportedly said. “He pointed a gun at me and I shot.”

However, investigators said that after a search of the vehicle they were unable to locate any firearm.

The killing of Dghoughi, a Moroccan national, without authorities arresting the shooter led to outcry from family members and organizations such as the Council on American-Islamic Relations (CAIR).

“The murder seems quite suspicious, and it seems that it’s another example of ‘stand your ground’ laws being used to kill another person of color,” Faizan Syed, executive director of CAIR’s Dallas, Fort Worth branch, said in a press release. “He never got out of his car, he never went to the home, and he may have never rolled down his windows. If that’s the case, this individual came out and killed this young man.”

Dghoughi’s girlfriend reportedly told The Associated Press that she believes Dghoughi had just gotten lost and pulled into Turner’s driveway to look up directions. He was approximately seven minutes away from her house when he was shot.

Adil Dghoughi was shot and killed while sitting alone in a car when he was “confronted” by a resident, police said.
The shooter wasn’t arrested. Nine days after the deadly shooting, police aren’t answering questions about what happened in Martindale, TXhttps://t.co/jXL6iYlsyB pic.twitter.com/bQbZgHR1oe

“All we know is he was unarmed. He was inside the car. The car was locked,” he said. According to Othmane, police told the family that the bullet went through his vehicle’s driver-side window, through Adil’s hand and into his head, which he said was a clear indication that Adil was trying to protect himself.

Turner was detained Caldwell County Jail and posted his $150,000 bond approximately two hours after being processed.

A GoFundMe for Dghoughi’s funeral expenses was started and donations can be made here.