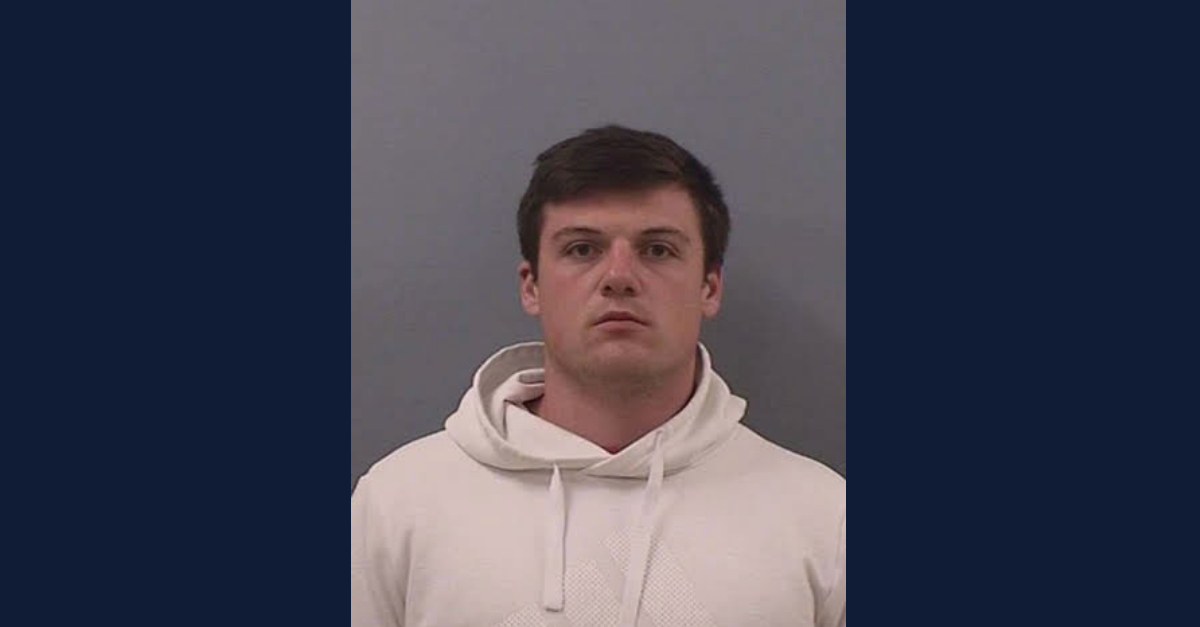 Gunnar Scholato (above in mugshot courtesy of Sumner County Sheriff’s Office) is charged with four counts of statutory rape.

Officials in Tennessee arrested a high school football coach on charges that he statutorily raped a 17-year-old cheerleader.

Christopher Gunnar Scholato, 26, is accused of having sexual relations with a 17-year-old student at White House High School, according to the Sumner County Sheriff’s Office. He is now facing four counts of statutory rape by an authority figure, as well as one count of exploitation of a minor by electronic means and one count of solicitation of a minor.

A grand jury voted to indict him on those six counts after hearing details of an investigation launched on Feb. 2, the same day that members of the White House High School administration learned about the allegations regarding Scholato and a student at the school, according to the sheriff’s office.

Investigators with the Sumner County Sheriff’s Office allege that Scholato and the student twice met up off high school grounds while school officials claim he sent the teenager lewd photos and requested that she send him nude images.

In addition to coaching the football team, Scholato was also a teacher at the school. In that capacity, he was advising the student on her senior project, reports NBC Nashville affiliate WSMV.

Scholato is being held on a $50,000 bond at Sumner County Jail and due to make his first court appearance on March 26, according to the Sumner County Sheriff’s Office. 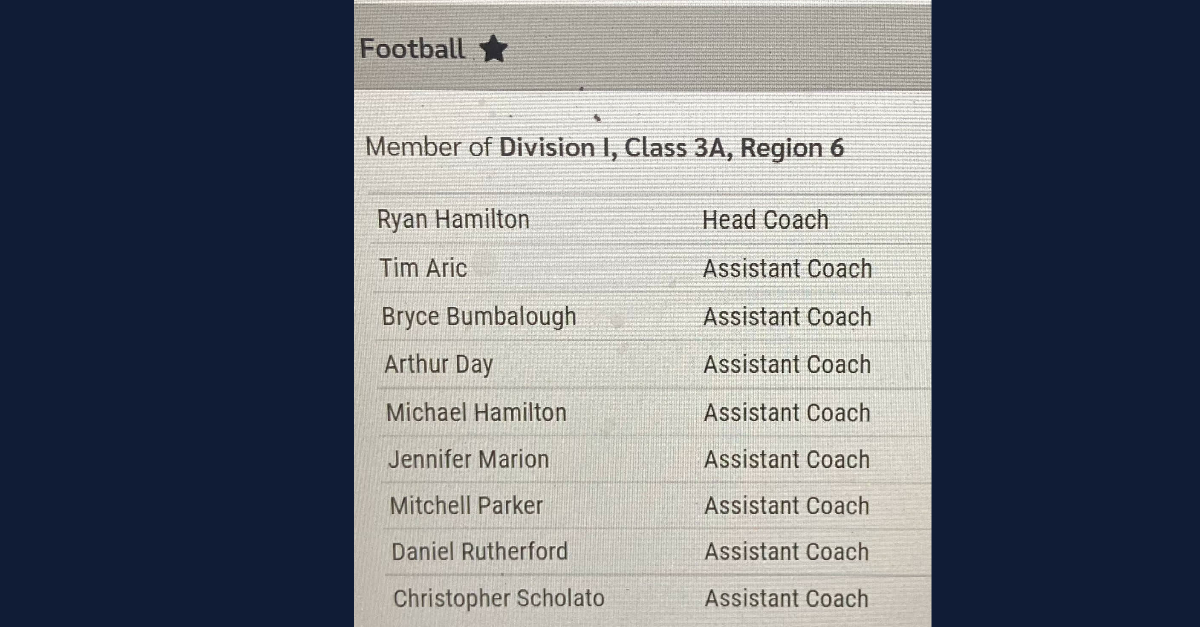 Scholato is still listed as an employee at White House High School, despite being suspended without pay (school directory above).

The former award-winning linebacker at Austin Peay could be looking at a lengthy sentence, if convicted.

Scholato has no known criminal history and does not appear to have a lawyer yet in the case.

The school district did not respond to a request for comment.

Scholato has been suspended without pay from both his teaching and coaching duties pending the outcome of his case. However, he is still listed on the school registry as a football coach and “full-time teacher.”

The school learned about the allegations just days after an article came out about Scholato and his two brothers in Main Street Preps, which covers high school sports.

The article praised the athletic abilities of the three and noted that Scholato is now coaching his youngest brother Pierce, who also attends White House High School.