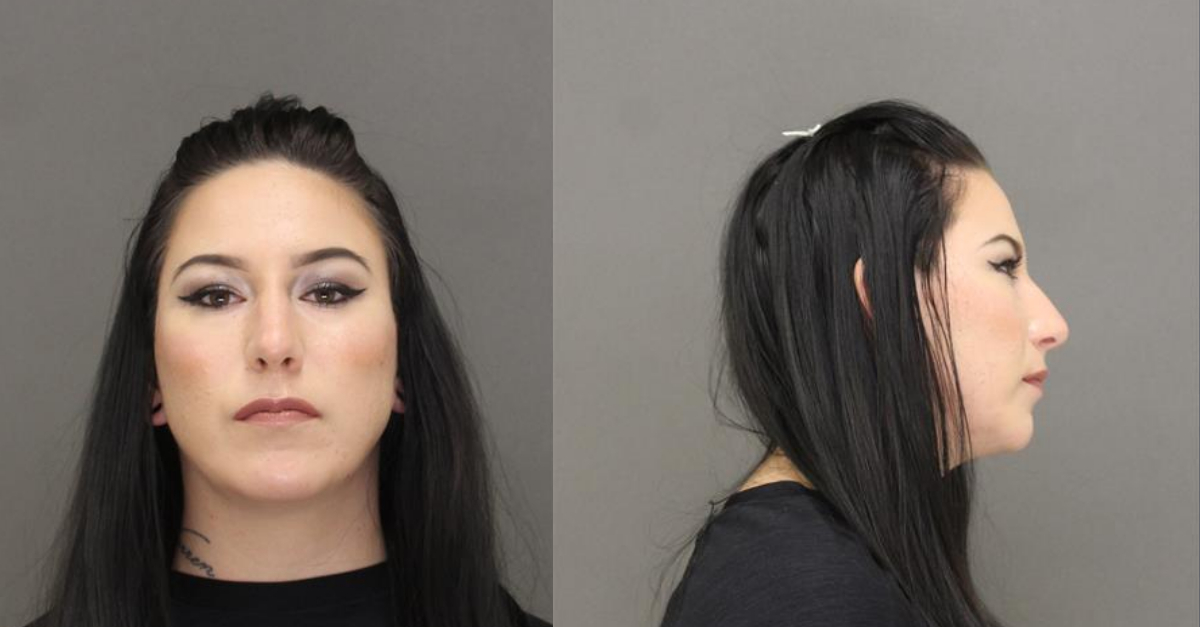 A Wisconsin woman who allegedly confessed to the meth-fueled decapitation and dismemberment of a paramour is asking for a competency evaluation.

Taylor Schabusiness, 24, and her lawyer Quinn Jolly filed a motion for competency evaluation in Brown County Circuit Court that a judge is expected to rule on this week, according to court records.

Law&Crime obtained a copy of the filing, which asks the court to order Schabusiness to  “undergo an outpatient examination to determine whether [Schabusiness] is competent to proceed.”

The judge will rule on the motion at a hearing on Thursday, which was just added to the docket on Monday.

Those charges all relate to the death of 25-year-old Shad Thyrion.

According to the criminal complaint filed in Brown County Circuit Court, Schabusiness allegedly admitted to killing Thyrion and expressed the pleasure she got from sexually abusing his corpse before dismembering his body with a bread knife.

Schabusiness also allegedly responded to a question about her choking the victim to death with a chain by stating, “Ya I liked it.”

The question now becomes whether a jury will ever hear about Schabusiness’ comments to police.

Officers with the Green Bay Police Department had to search for the victim’s scattered body parts, which Schabusiness allegedly found to be a source of some amusement based on her alleged comments to police.

“Schabusiness responded that the police were going to have fun trying to find all of the organs,” wrote Assistant Brown County District Attorney Caleb Saunders.

The authorities have alleged that the victim’s head and a “male organ” were in a plastic container in the basement of his mother’s home. His legs were located in a crockpot box behind the driver’s seat of the vehicle Schabusiness had been driving, they said further. According to the complaint, the rest of the body she placed in various bags she found in the basement. 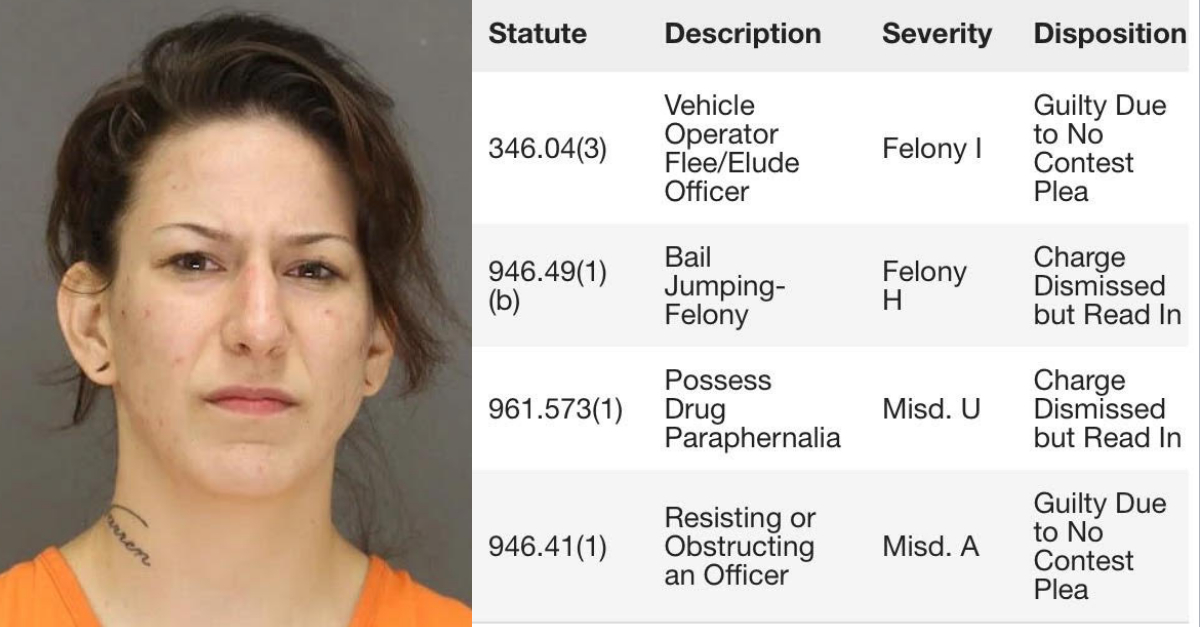 Schabusiness (left in 2020 mugshot from Brown County) had previously been arrested in 2020 for eluding police and obstructing an officer.

A judge set Schabusiness’s bail at $2 million at a preliminary hearing. Schabusiness appeared virtually from the Brown County Jail.

The married mother of one remains behind bars.

In addition to the alleged crimes detailed in the complaint, it was also revealed at her hearing that Schabusiness had removed an ankle monitor she had been ordered to wear in an earlier proceeding connected to another case.

Schabusiness was reportedly on probation at the time of Thyrion’s death. Court records show that she entered a no contest plea to charges of fleeing or attempting to elude police and resisting or obstructing an officer in at least one earlier case.

Her sentencing in that case had to be delayed when she failed to show up in court last Sept. 28, prompting a judge to issue a bench warrant for her arrest, according to an online court docket.  The docket indicates that the warrant was quashed on Oct. 26, 2021, when Schabusiness appeared in court with her attorney.

Law&Crime reached out to both Jolly and defense attorney Heather Richmond, but neither responded to requests for comment.